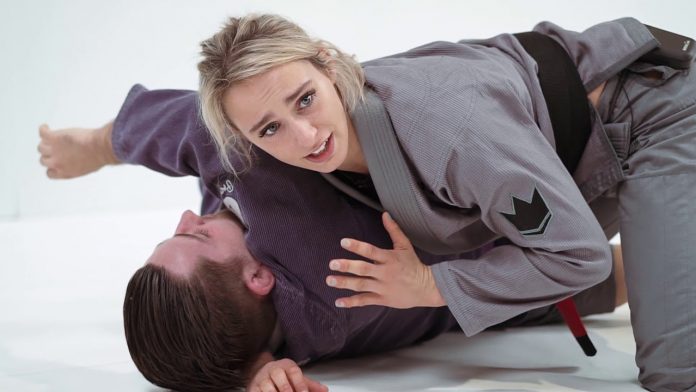 Systematization Of Head And Arm Choke Options. In BJJ the Head and Arm Choke is not just one choke. It refers to a principle, which then gives birth to a vast array of different techniques. In fact, there are so many Head and Arm choke variations across grappling martial arts that it is best if we put them into different categories. However, for all of them to work, they have to adhere to the main principle, which, as the name suggests, would be including the opponent’s head and arm in a structure in order to achieve a strangle-induced submission.

BJJ is endless when it comes to different ways of executing grappling goals. It is a great thing to have so many moves and techniques available when you‘re rolling. However, it also brings about the “paradox of choice”, where you end up never truly mastering or completely understanding something, because of the sheer number of available options. This changes throughout the years, but for those that have still some way to go, the best way of bringing a bit more order to chaos is thinking of categories of moves that share the same principle. Head and arm choke options and variations are a great example.

History Of The Kata Gatame Position

Where exactly do the concept of a Head and Arm Choke come from? Who knows, really. Grappling has been around ever since people first came about. That means that pinpointing its precise origin is impossible. However, it is possible to pinpoint when it was first recorded, initially as a move, and later on as a principle behind a myriad of choke techniques.

The oldest records of the head and arm choke come in the form of the Kata Gatame in Judo. In essence, it is the Arm Triangle choke we know today. Kata Gatame is one of the seven mats holds of Judo and translates as “shoulder hold”. Initially, it was a way to improve someone’s pinning from a side position. While the Kesa Gatame is the most utilized one in Judo, the Kata Gatame was also a big part of the original Kodokan Judo. Along the way, it turned out that there is a submission in there too, which is probably how the first head and arm choke taps came about.

Other arts, like catch wrestling, have also included forms of the arm triangle choke since the early beginnings. However whether it was a Judo influence that prompted it, or they came about it on their own is a mystery. The fact of the matter is, there were not many head and arm choke options until BJJ came along. That is when the entire landscape of the Kata Gatame changed.

The way the head and arm choke works is fairly simple. However, missing out on several minor details often makes people struggle a lot more than they need to in order to finish the submission. For the sake of explanation, I will focus on the Arm-Triangle choke done from side control to try and pinpoint how you can use mechanics to ensure you get more taps while getting tired a lot less.

The basic notion behind every successful strangle in Jiu-JItsu, or any grappling martial art for that matter is to put pressure on the carotid arteries of the neck. We use different parts of our bodies, or even clothing (the Gi) to achieve this goal in Jiu-Jitsu. In the case of a head and arm choke, though, we need to actually only use one part of our bodies to put direct pressure on a carotid artery. The pressure on the second carotid is via the opponent’s own shoulder. This is an aspect plenty of people don’t focus on, which results in more strength requirements to finish.

For the Arm Triangle choke, in particular, you have the biceps of your arm on one side, and the shoulder of an opponent on the other. Squeezing should be out of the question unless you absolutely have to. If you have to squeeze, you might end up only burning out your arms. So, instead of thinking about squeezing with your arms and shrugging your shoulder, focus on actually forcing the near side shoulder towards the opponent’s neck. Pushing with the collar bone is a great way of achieving this without any neck pain or muscle involvement. Moreover, for the finish, you just need to project weight into the neck and forward, and you should aim to finish without having to clasp your arms together.

The head and arm choke get its name from the structures it involves in the actual strangulation. As we saw, having the arm in the loop means you have a shoulder that you can push into the neck. This is the underlining principle that makes all head and arm choke variations work. That said, the positioning of your body, the limbs you use to achieve the strangle and a few other factors help determine which category of a head and arm choke a certain submission falls under.

Kicking things off is the Arm Triangle choke or the Kata Gatame. The position for the choke is what makes it so powerful – side control. Actually, it is not even side control, but rather a position in which you’re parallel (almost) to the opponent’s body. However, while they’re on their back, you are facing the ground, with one of your arms going around their head, including the near side arm in the loop. 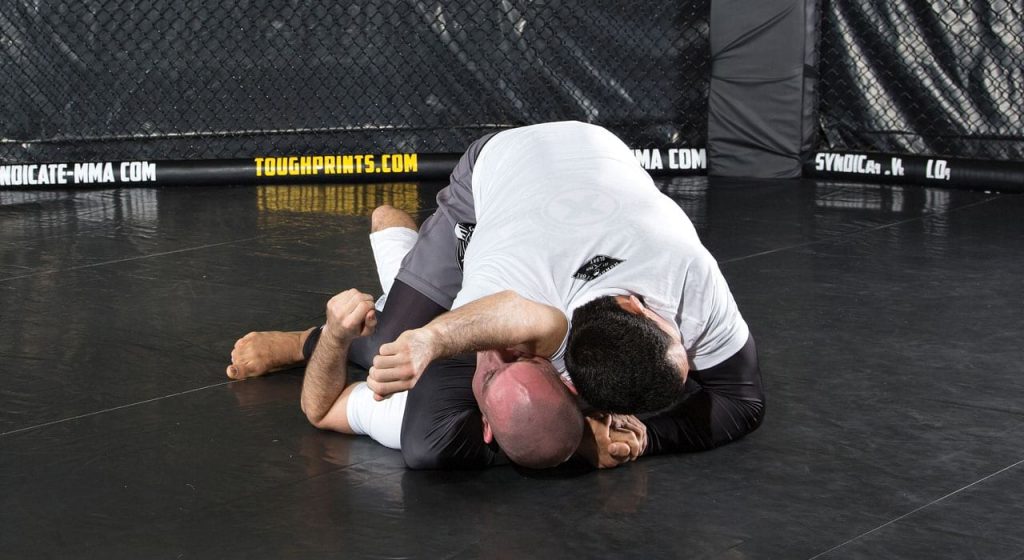 The Arm Triangle choke has a lot of nuances, and there are a few different ways of finishing. Position–wise, finishing from the side position is the best. There is an option for finishing from the mount, but the pressure is far from the same. Half guard is tough to set it up from, but if you already have it sunk in, going into half guard will actually make the choke tighter.

Probably the most used versions of the head and arm choke in BJJ are the front chokes. This category includes the D’arce and Anaconda chokes, as well as the lesser-known, but just as effective Mizzou choke. We won’t factor in the guillotine choke here, because despite having an arm inside, it doesn’t really fall under the head and arm choke category due to finishing mechanics.

For the front chokes, you look to have a “loop” similar to the arm triangle, just done from the front, rather than the side of an opponent. For the D’arce choke, you go under an armpit with one arm, before threading your palm out on the opposite side of the neck. The Anaconda choke is the same, just has the arm going from the neck towards the armpit. In both cases, a Rear Naked Choke type of grip is what secures the choke in place. Finally, the Mizzou works like an Anaconda in terms of arm direction but doesn’t involve the Rear Naked Choke grip. Instead, it uses a grip with the same arm and the weight of the torso for a brutal finish.

This I probably my favorite head and arm choke variation. In fact, this is a “Chank” or a combination of a choke and a crank. The technique of neckties is actually that of a clean choke, but it just so happens that on occasion (which is not that rare) they turn into cranks or combinations of both. Still, they’re very effective and legitimate submissions.

The difference between a necktie and the front head and arm chokes is that your arms are placed a lot more shallow on the neck. For neckties, you’re using your forearm(s) to place direct pressure on one artery, and the mandatory shoulder to compress the second one.

There are too many neckties (all of which you can find here) to look into this article. We’ll use the Peruvian and Japanese neckties as examples, though. The Peruvian is done from a front headlock against a turtled-up opponent. An S-grip or Gable grip will do the trick, as long as you include the arm of the opponent on one side. You then swing a leg over the head, and the other over the back, while sitting down.

The Japanese necktie works more like a D’arce choke. If you can’t get the arm deep enough for a D’arce from side control or half guard, simply go for a palm to palm or an S-grip. The aim is to place your belly behind the opponent’s head while having at least one of their legs trapped with yours. The finish is immediate and very painful.

The arm in Ezekiel Choke is an unusual choke, that is done from the back, with the help of a Gi, (works in No-Gi As well, just not as good) and is a Head and Arm choke. The idea is to use the seatbelt position from back control, which is what you should be after anytime you’re behind an opponent anyway. The seatbelt is actually a Head and Arm position, there’s just no direct choking option available. For the Arm-in Ezekiel Choke, your aim is to get the underhook arm all the way up to the opposite side shoulder. Once you’re there, you can grip the inside of your own sleeve on the other side and place the second arm behind the neck. This makes for an ultra-tight, head, and arm, Ezekiel-style strangle finish.

Today’s focus was on using the upper body (arms and torso) to secure different head and arm choke variations from multiple positions. However, there’s another category of chokes that also involves the same head and arm principle – triangle chokes with the legs. The front, side, reverse, rear, and inverted triangle choke all involve the use of the head and arm choke principle to achieve a tap. Just food for thought as you go about trying to catch people in the “loop of hell”.

DVD and DIGITAL Instructionals Related to Head and Arm Chokes :

The Japanese Necktie and Unorthodox Front Chokes by Keith Krikorian