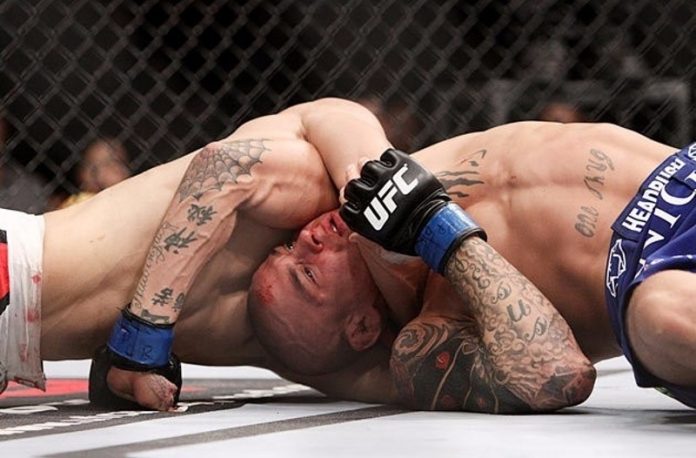 Darce Choke, Brabo choke, screw choke, inverted arm-triangle choke.  No matter which name is to your liking, it’s a powerful choke in BJJ. I, personally, was first exposed to it as the Darce choke, so that’s how I’ll refer to it. Over the years it’s become one of my favorite weapons, mostly because it is applicable from almost every position possible. 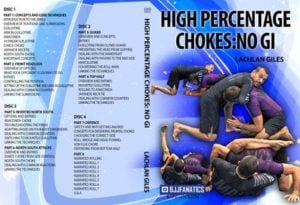 Born out of necessity, in my case at least, the Darce has truly transformed my game. It all began with me getting stuck in people’s half guard while they had an undertook on me. As everyone who trains knows, this can be a sticky position if the bottom person knows what they’re doing. Enter the Darce choke. In all fairness, I had no idea what I was doing and just instinctively went for a whizzer/overhook while trying to control the head in order to hang on for dear life. Until one day, an older student introduced me to Darce. Fast forward a few years later and it’s become one of the deadliest weapons in my Jiu-Jitsu arsenal.

Contents hide
Who Invented Darce Choke?
What does D Arce mean?
The evolution of the Darce choke
Choke mechanics
Setting up the Darce
Top Half Guard
Top Side Control
Bottom Side Control
Darce From Turtle

Darce Choke is invented by Joe D’arce, BJJ Black Belt under Renzo Gracie. He competed in over a hundred grappling and BJJ tournaments with a lot of success. While Joe Darce is famed for this choke a lot of sources suggest that the Darce choke is invented by German Luta Livre competitor Björn Dag Lagerström.

What does D Arce mean?

Darce is, actually, a surname of a BJJ Black Belt Joe D’arce who’s famed for the Darce choke. So, D’arce’s meaning is that it represents the grappling submission called Darce choke. Other names for this submission are Brabo choke, screw choke, or inverted arm-triangle choke.

The evolution of the Darce choke

As with plenty of moves in BJJ, the Darce choke came about by accident. A Norwegian grappler by the name of Björn Dag Lagerström is the father of the modern Darce choke. He inadvertently came up with the move while learning the Anaconda choke. Björn managed to use the newly discovered technique to choke out all of his opponents at a tournament in Germany in 1996. That is when the world was introduced to the Darce choke.

The choke’s greatest ambassador, though, was a Brazilian by the name of Milton Vieira. A submission artist of the highest quality, Milton joined the famous Brazilian Top Team in 2000. He took the Darce choke with him where he taught it to the whole team, most notably Rodrigo ‘Minotauro’ Nogueira. Minotauro wasted no time and successfully used the Darce to choke fellow heavyweights in MMA, gaining the move large popularity.

Commonly known as the Brabo choke among Brazilian fighters, the origin of the name Darce is a story of its own. A product of the esteemed Renzo Gracie Academy, American grappler Joe Darce learned the choke from none other than John Danaher. Famous grappling coach and BJJ black belt,t Marc Laimon is the godfather of the move. He noticed Joe Darce using the choke with staggering effectiveness at grappling tournaments and accredited the young grappler with the move’s name.

The Darce choke is, in essence, an anaconda choke done on the other side. Both of these chokes originate from the arm triangle (kata-gatame) and share its mechanics.

The principles behind the Darce are that you’re using your arms to create a triangle around the opponent’s neck, cutting out the blood flow to the brain. One arm is placed in a V-shape at the front of the neck while trapping the opponent’s shoulder. The palm of this arm is then placed in the crease of the opposite arm’s elbow, grabbing the biceps. this creates the triangle shape that is essential to controlling the position.

The choke can be finished in a variety of manners, depending mostly on the position of the attacker. When entering the Darce Choke from the front headlock, as shown above, the vise grip is used to control the opponent’s posture. After flipping the opponent to their side, the choke is set in place by creating the triangular structure. The squeezing motion of the choke is not as straightforward as it seems. Sure, you could just squeeze as hard as you can and get a tap, but it’ll probably be due to a neck crank. So, what you should do instead is focus on making the structure tighter. The elbows have to be tightly pinched towards each other with pressure applied from the top, before attempting to squeeze. Check the video out.

Setting up the Darce

It is important to understand that the Darce Choke is more than just a choke, it is a position of great control that can open up plenty of transitions. Even if you’ve only gotten as far as the vice grip, you’ve achieved huge control over the opponent. The reason behind this is that you have an arm trapped while you’re affecting the opponent’s posture. The control of the shoulder and neck allows you to be able to either push the opponent or slide under him, never losing an ounce of control in the process.

Such a huge amount of control allows you to choose where you’re going to attack the Darce from. Let’s go through some of the most common setups.

Getting underhooked when in the top half guard is going to become your favorite position when you master the Darce.

Every time the opponent underhooks you from half guard, his arm creates the opening for attacking the Darce. The Whizzer is a great tool to restrict the opponent’s movement while you get in place. From there, the most important part of the move is shooting the arm through. Once there, use a scooping motion to control the opponent’s posture, thus opening space to create the triangle. Check the video out for more finishing details.

When in top side control there are a couple of ways you can approach the Darce choke. In the first option, the opponent’s body needs to be turning towards you. This can be done by causing your opponent to turn, or when they try to escape. In both scenarios, it is important to trap their arm and shoot your palm through to the neck. From there, it is pretty much the same as with the top half guard Darce.

In the second variation, you find yourself in crossface side control with the opponent’s arm between your knee and elbow. This time the focus is on keeping your opponent on their backs while rotating via North-South to set up the choke.

A move popularized by the 10th planet community, The Ghost escape is a very sneaky Darce setup from the bottom.

For this Darce entry, you need to trap the far arm of the opponent with an overhook when in bottom side control. From there, it’s all about the quality of the movement. You need to swing both your legs towards the opponent’s head while holding on to the trapped arm. Once your head gets on the other side of the opponent you use the overtook arm to shoot behind the neck. Getting the Darce from there is an easy chore.

Since the Darce is positionally very close to the front headlock position, a turtled opponent offers the perfect opportunity. The entry can be from the front or the side of the opponent. The most important point is shooting the arm through. Once the arm is through, there are two options for getting the Darce. For a top position Darce you must utilize the vice grip, flipping the opponent over to side control. In order to shoot the arm through in the first place, you have to attack your opponent from their side.

For the second option, starting from the front of your opponent, the aim is to connect the arms underneath their chin. The position of the arms is an over-under one, where one arm goes over the neck and the other over the opposite arm. From there you forcefully flip to your side simultaneously shooting an arm through for the choke.

Give the Darce choke a try next time you roll and you’ll be surprised at how easy it actually is. Although lankier people are better fitted for this choke, short arms are not a disadvantage. Experiment with this choke and the positional control if offers and you’ll develop a much tighter game. Until then, I leave you with a short seminar on the subject by the legendary Braulio Estima.