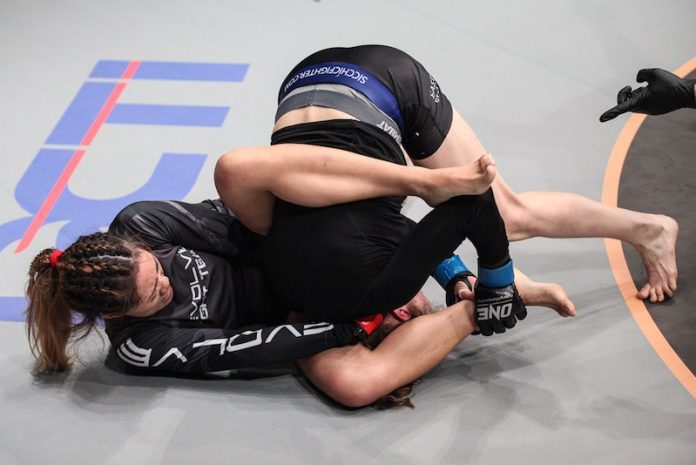 The South American country of Peru is a fascinating place. Boasting rich jungles, delicious food, and the Machu Picchu, it is a destination worth visiting. Apart from its famous landscapes and culture (and Ayahuasca, of course), Peru has a cool contribution to Jiu-Jitsu. Namely, the country is related to one of the most devastating submissions in BJJ. It is a rarely seen, immensely tight submission that even bears the country’s name – the Peruvian Necktie.

The Peruvian Necktie is considered to be somewhere in between a choke and a neck crank. Technically, it should be a choke, but the angle of execution can often turn it into a vicious crank. Nonetheless, it’s a move that’s not really in the spotlight, though it’s been proven very effective. It has been used in both high-level Jiu-Jitsu and MMA matches, providing efficient and entertaining finishes.

The name Peruvian Necktie is due to the origins of the move’s creator, Tony DeSouza. A UFC welterweight veteran, DeSouza is a BJJ black belt under Andre Pederneiras. He came up with a very successful guillotine modification that turned out to be the Peruvian Necktie we know today. Other MMA fighters, like C.B. Dollaway and Brad Pickett, quickly picked up DeSouza’s trademark submission to get submission finishes of their own.

Today, the Peruvian Necktie is a move mostly attributed to No-Gi and has countless variations. It is one of those moves that people either pick up straight away or not at all. This is why, perhaps, it never got to be the as high percentage as the guillotine or brabo chokes.

The Peruvian Necktie is a submission that is most effectively done from the front headlock position. This is a position often utilized in wrestling, offering very strong control over an opponent. When an opponent is in the turtle position, it is very hard to open them up if they know what they’re doing. Despite the usual BJJ practice to attack the back from there, there is another option.

The front headlock position is done when you are in front of your opponent while they are in the turtle. Imagine sprawling against a double leg and maintain pressure while the opponents decide to turtle up. From there, the arms are threaded in an “over-under” configuration. One arm goes over an opponent’s shoulder, while the other goes around an opponent’s arm and through the armpit. They both connect on the inside, in front, or near the opponent’s chin.

From a strong front headlock, the necktie is just a few short and easy steps away. Compared to the guillotine or Darce chokes, the Peruvian Necktie is far easier to set up from the front head and arm control. In terms of grips, the preferred one is the Gable Grip, although an S-grip works just as fine. From there, you put the leg that is on the “arm over” side next to the opponent’s shoulder, as tight as possible. Next, you stand up about halfway, just enough to put your other leg over their back, as you sit back.

The trick for correct positioning and finishing of the necktie is in the angle. When you start the move you’ll most likely be starting in front of your opponent. The key is to make sure you sit back toward the overhooked side when taking the second leg over. During the spin, you should be careful not to stand up too much or the opponent can easily spin out.

WATCH: ONE Atomweight World Champion Angela Lee demonstrates how to do a Peruvian Necktie submission in Brazilian Jiu-Jitsu!https://evolve-vacation.com

For finishing pressure, you keep your elbows together and you look to keep your arms straight. The pressure comes from the extension of the full body. Imagine doing a deadlift, only from a different position. The leg that is over the head applies pressure to the back of it, while the back extension movement tightens the pressure on the neck due to the Gable grip. Now, this is where the choke or crank debate starts. If the arms are correctly positioned deep on the neck, then the opponent will tap to a very tight choke. If during the transition the grip got loose, or the opponent has a strong neck, the pressure on the back of their head, via the leg is going to turn the move in a brutal neck crank.

The Peruvian necktie is not the only option available from the front headlock. Japanese necktie, German necktie, Hawaiian necktie, Mexican necktie – you name the country and there’s probably a necktie associated with it. Although not all of these variations are as effective as the Peruvian, some do provide great follow-ups. And if none of them are available, there’s always the Guillotine Choke, Darce, and Anaconda to transition into.

Joe Rogan Chokes a Guy in a Night Club