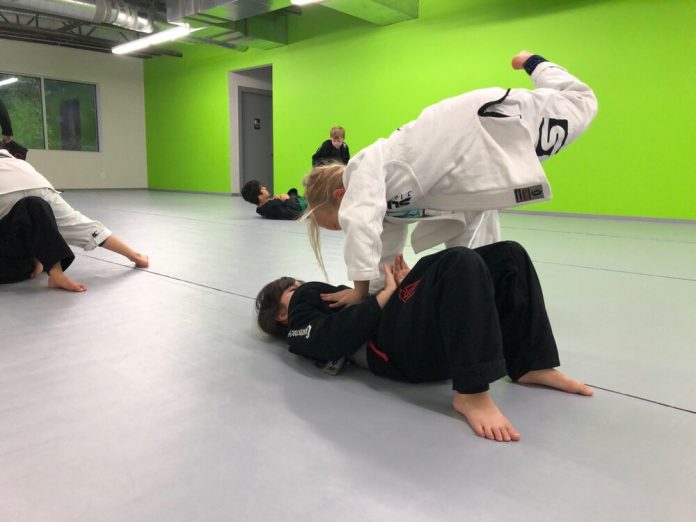 Getting past the legs of a supine opponent in Brazilian Jiu-Jitsu is one of the most difficult things you’ll do. If you look at any BJJ match or roll, you’ll notice that here’s a pass vs. guard battle at some point, if not throughout the entire match/roll. The nature of the sport means that one person is on the bottom and the other on top, which all but guarantees that involvement of guards to a certain point. That’s why there are just as many passes as there are guards, If not more. Finding one that will help you get past more than one guard is usually a great idea. So, why not look into the BJJ X pass? It is simple, effective, and easy to combine with other movements.

The BJJ X pass is one of those guard passes that people don’t really like to use too much until they reach a more advanced level. The reason is, in my experiences, that the pass seems overly simplistic, and it seems like it won’t work. Evidence points to the contrary, from rolling to high-level competition matches between some of the greatest grapplers ever. The BJJ X Pass is straightforward but powerful. It is simple but gracious. And, it takes hours upon hours of drilling to get it right and manage to perform it against everyone. Once you have it, though, it will be smooth passing from thereon.

Contents hide
What Is The X Pass?
Using The X Pass From Beginner To Advanced
BJJ X Pass Drills
Conclusion

What Is The X Pass?

The X pass is a simple pass you’ve probably tried, or drilled even If you’re fairly new to Jiu-Jitsu. It is a loose pass, involving lots of footwork, which is probably why people tend to stay away from it, initially. Later on, it seems like it is too simple to work. It kind of creates an environment where people distrust the pass until they realize it actually does deliver on its promises and then some.

For the BJJ X pass, as with all another guard passes, you start off with grips. The most important one is at knee level, on the leg you’re about to pass. The other hand could grab different spots, like the belt, lapel, or the opposite leg, once again, at knee level. With the Gi, that would mean holding on to the pants, which does make this pass tighter than compared to No-Gi.

The starting position of the pass is with one leg in between yours. It is somewhat similar to Rafael Lovato’s “headquarters” position. You can be as low or high as you want, but the goal is to have both feet on the ground, which places the X pass in the “standing guards” category. Speaking of categories, apart from being a standing pass, and a loose pass, in terms of directions it is a pass that gets you past the legs by taking you around them.

The pass itself works when you take the leg that is in between the opponent’s legs (technically, the leg in guard) and kick it backward, forcefully. Staying on one leg, you then step right next to the butt of the opponent. While using that all-important grip on the knee of the near side leg to make sure their hips remain pinned. Side control, knee on belly, or even mount are available from that point on.

Using The X Pass From Beginner To Advanced

The pass seems simple, and it is, but it does have plenty of moving parts. First of all, there’s footwork involved which always translates to lots and lots of drills. More on that later. The key thing to remember is that you need to keep your balance. That means, that apart from drilling, you need to start at the bottom of the stairs and build your way up.

For example, the BJJ X pass is the perfect option for most open guards that place a leg in between yours, like the Reverse De la Riva, hook guards, sit-up guard, etc. Of course, without grips and the opponent being on their back, there’s absolutely no point in trying this pass. Alternatively, You could force people in the position when you become more confident in it. Just about any guard that you manage to force into a split stance situation will open up the possibility of setting up an X pass.

As you progress, you’ll be able to combine the X pass into your usual passing system and gain a lot more success with getting past the legs. What I personally love to do is use a knee slice pass, that by know most people defend quite successfully, to gain the split stance position. Using a knee slice against the De La Riva for example, or even if backing out of a particular nasty half guard can be a great launching platform for the BJJ X pass if you just stand back up and get into the X pass motion.

To be honest, I absolutely, utterly hated doing X pass drills when I was a blue and purple belt. Later on, it became apparent why my instructor insisted on them. Nowadays, I’m the one insisting people do the drills, and I can see it in their faces that not many people enjoy them. That said, drills are of the utmost importance, particularly in the case of the BJJ X pass. It is not just the footwork, but also figuring out the balance during the kick, the angle of blocking the hips, stiff-arming the leg, and a bunch of other details that take time. Conversely, you can shorten the learning curve of the X pass from years to months if you use the following drills, instead of just trying it out in rolls.

Right at the start are the absolutely mandatory, but extremely boring shin circles. Simply put, you need to figure out how to enter the split stance even against guards that have both feet inside your knees. Shin circles are easy – point the knee slightly inwards, push down, and try to touch your butt with your heel while rotating the shine (hence shin circles). The goal is to achieve a split stance, but for the purposes of dexterity, you train shin circles on both legs, one at a time, achieving a double inside position.

The next drill in the sequence is the kick out. This is arguably the toughest one to master, so start easy – place your toes on the ground after you kick out if you can’t leave the leg in the air. From there, step to the hips, aiming to place the foot as close to the butt as possible, even underneath, if you can. Not letting go of the grips, you then go back to the split stance position and repeat, repeat, repeat.

The BJJ X Pass really is a pass for any occasion. Backing out of half guard? X Pass. Just opened a closed guard? X pass. Broke out of Spider guard? X pass. You catch my drift. Settling two major questions about the X pass, the answers are yes. Yes, it will work at every belt level and under plenty of different circumstances. And, yes, it will take a lot of drilling to perfect the motions and footwork, not mentioning the balance component. It will be well worth it in the end, though.