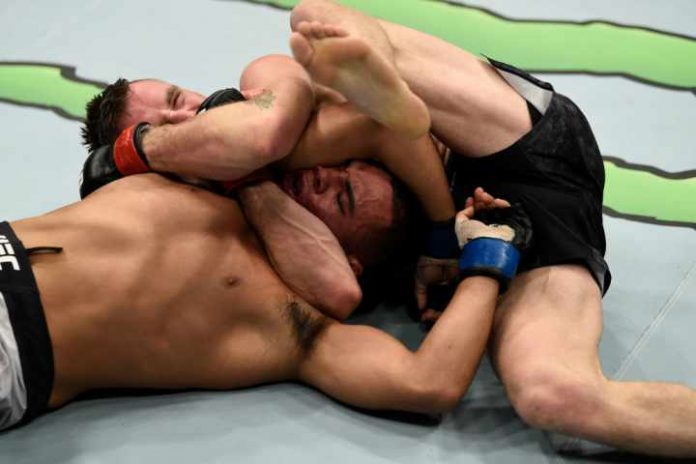 The Anaconda choke is an air-tight choke that not only submits an opponent but rolls them around while doing it. This leaves opponents is in a state disarray, not knowing whether they’re on top or bottom. At the same time, the choke gets progressively tighter and tighter. It is not rare to see a grappler go to sleep during the roll.  So let’s have a long hard look at how this choke works and how to set it up for the win.

The Anaconda choke is the product of a distinct grappler by the name of Milton Vieira. It is a chore that falls under the arm triangles category. This makes it a blood choke. the positioning makes it very similar to the D’arce choke. Basically, the Anaconda choke is a front headlock submission, which is set up on the opposite side of the D’arce choke. While you can finish the D’arce directly, the Anaconda requires more elaborate positioning. In order to achieve this, a big part of the choke is a very attractive roll, that looks a lot like an alligator rolling with its prey. Unlike flying submissions, though, the Anaconda choke is as efficient as it is attractive. Furthermore, it works in both Gi and No-Gi and is completely legal.

As I said, the Anaconda choke is very similar to the Da’rce choke. To begin with, they’re both arm triangle chokes. That means that you use your arm on one side of their neck, and their own shoulder on the opposite one. To do this you need to trap one arm in the circuit, much like an arm-in guillotine. The mechanic is that of a blood choke, with pressure on both carotid arteries that results in subsequent loss of consciousness. 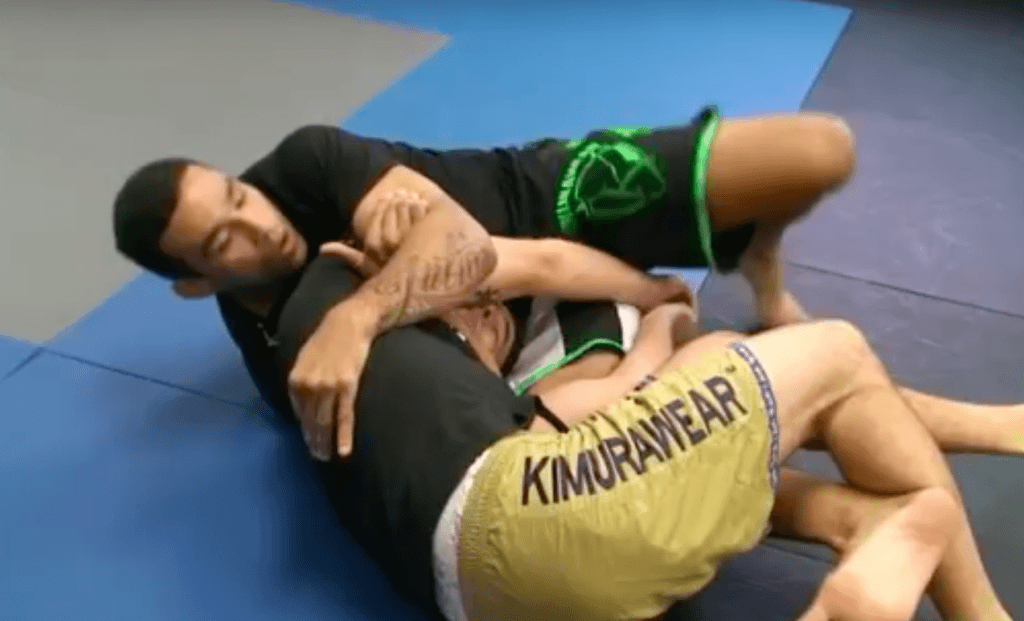 To deconstruct the Anaconda choke we’ll look at the most usual front turtle set up. From the turtle, the goal is to thread one arm around the neck of the opponent. The goal is to reach that arm all the way through the opponent’s opposite side armpit. Once through, everything is held in place with the help of a figure four grip configuration. This requires you to grab the biceps of your free arm with the palm of the arm that’s through the armpit. A final detail of the position is to place the second palm on the opponent’s back.

The position of the choke is such, that you’ll only rarely be able to finish it directly. Instead, you’ll need to roll your opponent over, so that you end up almost on top. Only from that position, you can think about applying the choke effectively.

Breaking Down The Anaconda Roll

The roll is such an important part of the Anaconda choke mechanism that we’ll cover it in full detail. The aim of the roll is to both get into a superior position as well as to tighten up the choke while in motion. That said, let’s break it down into individual steps so that you can perform it flawlessly.

Step 1. Once you have the choke configuration all set up from the turtle, the most important step is the head position. Make sure you look away from the trapped arm. If you do not, you’ll plant your face on the mats and lose the position when you roll.

Step 2. For the roll, you need to go to the side of the trapped arm. Once your head is looking away, look to put your hips to the side where your arms are locked. This is going to put enormous weight on their neck, tilting them over. Once you put the hips to the ground you mustn’t stop. roll to your back and all the way over to the opposite side shoulder. 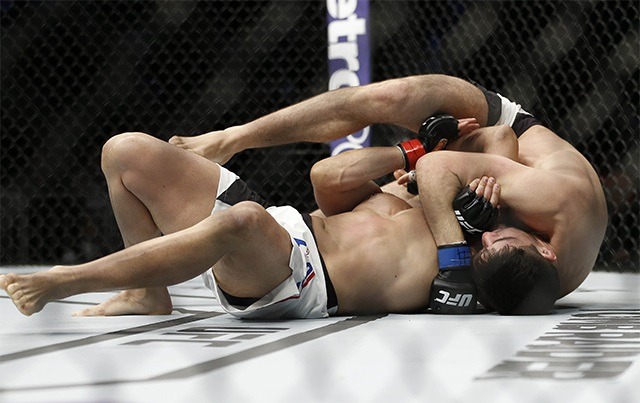 Step 3. Once there, two things are crucial to finishing the choke. First, make sure the head of the opponent is on your belly. Your body behind their head acts as a wedge, forcing their head forward and deeper into the choke. While you can get a tap there, you’ll need to secure one of their legs. Use your top leg to hook their near side leg and triangle your own legs.

Step 4. For the finish just squeeze your elbows together and pull their trapped leg towards you. If you do not get a tap (highly unlikely) just move your body further under their head.

When To Go For The Anaconda

As mentioned, one of the top positions for attacking the anaconda is the turtle. More precisely, the front headlock position against a turtled up opponent. Setting up the choke requires you to thread the arm through. A very helpful hint is to pull the arm you’re looking to trap towards you from turtle. This is going to open up enough space for you to thread the arm through and sink in the choke. If you’re having trouble going under the neck, just focus on pulling the opponent’s head forward as well. A chin strap grip is a perfect way to achieve this.

Another very useful application of the Anaconda choke is from top half guard. Once you have an overhook or Whizzer, you’ll probably look for a D’arce. An experienced opponent is not going to allow this, opening up an Anaconda setup. Switch your hips so that you’re lying down and place your far side arm around their neck. once there, release the overhook/Whizzer and figure four your arms. Since you already have one leg in from the half guard, you can finish directly.

If you want to expand your choking game, the Anaconda choke works perfectly in unison with many other chokes. It fits perfectly into a system with the D’arce, Guillotine or any necktie variation. For anyone favoring the Gi, both loop and clock chokes are right there off the anaconda. Furthermore, in a worst-case scenario, the Anaconda offers a transition into mount. Seeing as your opponent was turtled up, this is not a bad trade-off at all.

The Anaconda Choke from Half Guard

Here we have an Anaconda choke from Half Guard by Neil Melanson. He showed this anaconda variation in his Ground Marshal DVD Instructional.