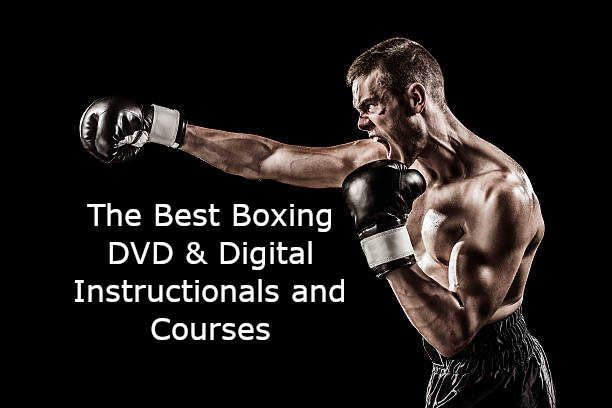 The sweet science. That is what they call boxing in martial arts/combat sports circuits. And it is a perfect description of the sport. While many things boxing is a martial art, it is in fact a combat sport, much like wrestling is. You can’t really train boxing in a traditional martial arts setting, can you? There’s a lot of chaos about it, whether it is in sparring or in a match, but it all makes perfect sense once you understand what is going on. Boxing gyms are all around the world, and you can let a lot form each and every one of them. Combine that, however, with knowledge from the best boxing DVD instructional and you can become unstoppable.

Whether it is kickboxing, MMA, Krav Maga, or any other modern combat sport, martial art, or fighting system, boxing has had a hand in its development. Boxing is considered to be a Western thing, mostly associated with Ireland, Britain, and the USA. However, the roots of boxing go way back to ancient times, with evidence of it as early as the 3d millennium BC in Sumeria. Suffice to say, it has come a long way since then, and if you have access to world-class instructors there is more to learn about boxing than you can hope to master in a lifetime. Using some of the best boxing DVD instructionals can considerably shorten that learning curve.

Boxing is really a foundational combat sport unless you’re only into grappling. Even the, there’s a lot to learn from how boxers clinch with one another and about distance management and footwork. basically, if there’s a sport everyone should at least try for a few months, apart from gymnastics, it has to be boxing.

There’s something about boxing, and to some extent, kickboxing, that’s unlike most other striking sports. There’s a rhythm that you need to learn in addition to all the mechanics of punching. And, even though there aren’t too many different punches to learn, the combinations of punches are endless. combined with the footwork, evasive maneuvers, and rhythm of boxing, as well as las the art of clinching, and it is clear why this combat sport is referred to as the sweet science.

Learning boxing, like really learning it, is a pursuit of a lifetime. With the right coach, you can have a great career. while it is far from the “traditional” way of learning, though, one of the modern ways of learning is also from digital content, like boxing DVD instructional. Picking out the best of them is what we did. You just need to find the best coach in your vicinity now, and you can reap the rewards of learning how to box.

This boxing DVD is one that we had to put on a pedestal, and not just because it is a Teddy Atlas instructional. Atlas is one of the most legendary boxing trainers out there and is behind some of the greatest names of boxing in the past several decades. Several more of Teddy’s instructional also find their way onto our list, but this is the one to start with.

The Fundamentals of Boxing by Teddy Atlas 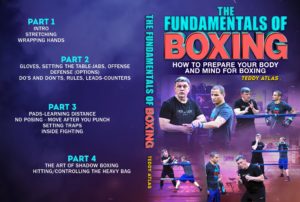 Four volumes of some of the best fundamental boxing instructions that have ever been recorded. With this DVD you don’t just get an introduction to boxing, you’ll also learn everything you can without a partner, in a very organized and logical manner. There’s no disputing Teddy’s quality as a coach, but the way he has structured this boxing DVD is also a masterpiece.

Apart from the absolute must-have Teddy Atlas “Fundamentals of boxing” DVD, there are a few other titles out there that you should consider. Whether you’re pursuing a boxing career, need to crispen up your striking for MMA, or are simply a fan of the sport, these are the boxing DVD instructional to get.

14 Signature Punches From All The Greats by Teddy Atlas 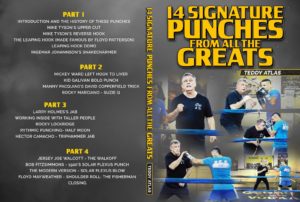 Teddy Atlas again, this time with a true gem of an instructional on power punching. In four volumes he shared 14 different signature punches that some of the greatest boxers have made their own. Of course, you get the full Teddy Atlas breakdown of everything.

The Peekaboo Style Of Boxing by Teddy Atlas 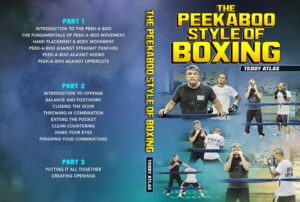 If you have some experience in boxing, this is the DVD you should get, and get it fast! In it, Teddy shares his innovative and hard-to-replicate peekaboo style of boxing. Learn directly from the source to become highly efficient and unpredictable with your boxing rhythm. 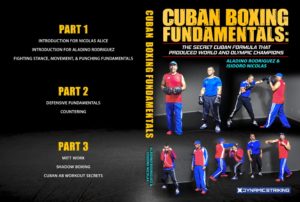 Cuban boxing is among the best out there, and for a good reason. In Cuba, they really take their boxing seriously and have a different way of training. Now you can train just like them, with some key drills and combinations which are presented in this three-part boxing DVD. 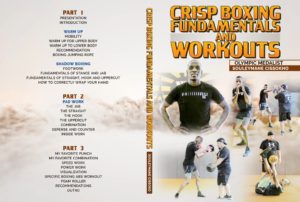 This one is great even for people that are just recreationally looking to boxing. here’ yo will find both mechanics and combinations for competitive boxers, and great workouts for people just looking for a good workout.

Whatever you do, if you’re in boxing, go to a gym. try sparring at least once. however, if it is heavy bag training you’re for, or simply shadow boxing, these boxing DVD instructional will go a long way to delivering what you’re looking for. Yes, you can learn all about the sweet science from video instructionals, although  I doubt it will make you a World Champion. 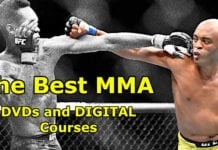