How many submissions do you know that you can get from both top and bottom positions as well as from standing? Arguably, there’s only one that ticks all these boxes. And it’s a tight one if the mechanics are in order. The guillotine choke is a mainstay in Jiu Jitsu, granted, more on the No-GI side. It is, however, just as effective in the Gi. Actually, it might be even more effective, seeing how lot’s of people seem to disregard it on account of it being a No-Gi move.

The guillotine choke has long been regarded as a strong man move. People involved in BJJ looked at it as just a one-off move useful mostly to MMA fighters. It was probably the emergence of Marcelo Garcia that started to change that impression. Marcelo managed to fine tune and modify the guillotine to deadly effect. That resulted in a greater awareness of the finer technical aspects of the choke. Today, guillotines can be seen in almost every competitive grappling environment done at every level of Jiu-Jitsu.

As simple as it might seem, the guillotine choke is had complex mechanics that require long-term practice. This is opposite to it being a brute choke that can be learned in a few classes. Shocking, I know, but if you want a Daniel Strauss-like guillotine, you need to learn the technical nuances.

The guillotine choke has two “main” varieties when it comes to execution. The original version involves trapping the opponent’s arm while going for the choke. That’s the “arm-in guillotine”, which acts as an air choke. The second variation is done without the arm and can be both a blood and an air choke.

Both guillotine variations revolve around the same basic principals. The most important part is to utilize the correct part of the arm for the choke. To avoid mistakes, it is best to place your thumb on the outside of the opponent’s neck. This allows for correct placement of the wrist and easy transitions between the two variations. Strapping the chin offers a very tight controlling position as well.

There are several grips available, with the Gable and S-grip as favorites.  Besides arm placement and grips, finishing relies on using the correct power source. A crucial principle of finishing a guillotine is to always push the crown of the opponent’s head towards their hips. To do so, one has to close both elbows towards their body and push with the hips while shrugging the shoulders. In the high elbow guillotine, the supporting arm’s elbow is placed upwards on the opponent’s shoulder.

The arm in guillotine requires an appropriate angle of the trapped arm. Namely, it should always extend past the head of the opponent. Opening up the arm allows the choking arm to correctly apply pressure on the windpipe.

The half guard and the mount are the two primary positions for executing a Guillotine choke. Since attacking it from the top half guard often leads to a mount transition, we’re going to focus on that.

In order to get into position for the guillotine from top half, the hips have to be in the reverse Kesa Gatame position. This allows the knee of the bottom leg to control the opponent’s hips. At the same time, it positions the upper body correctly in order to wrap the head up. The torso is used to place pressure on the top of the head while the choking mechanics are applied. Although both versions of the guillotine can be done, the armless variation is used more often.

For the mounted guillotine, the focus should be on two main principles. First, the head has to be pulled towards the opponent’s hips. Secondly, you have to be placed in low mount, putting direct pressure on the opponent’s pelvis.

Attacking From The Bottom

The closed guard is the bread and butter position for the guillotine. It is a very strong finishing position due to the high control of the hips. Having both legs locked behind the opponent prevents any counters ensuring a high percentage finishing rate. Basically, the most important part of the closed guard set up for the Guillotine choke is breaking the posture. Once the head is placed in the armpit and forced back, it’s all about choking mechanics. And we already covered those, right?

In open guard environments, the butterfly guard is the best position for Guillotine hunting. Arm-dragging is the most usual route to setting up the butterfly guard guillotine. From there, having the control position can lead to a direct submission or a sweep. The sweep might even end up with you in position for a mounted guillotine finish. That way you get both the sweep and mount points as well as the sub.

Knowledge of the guillotine choke is going to solve a lot of your wrestling related problems on the feet. It is the perfect double leg counter, both because it stuffs the takedown and leads to a submission. The arm of variation is superior here, though both variations apply. The only extra detail that is crucial is timing. Even if the takedown is completed, the Guillotine has to be timed in order to land at the correct choking position.

In a more offensive manner, the Guillotine choke can be used from the snap-down or via an arm drag. The most direct route is the snap-down since it leads to greater control that can end in either a takedown or a finish. While going to the back is effective, looking to end up in the top half guard or mount is a more strategic approach. The choke can be finished while standing as well. Again, the emphasis is primarily on tight control by way of correct mechanics and secondly on finishing details.

Deconstructing the Mechanics of the D’arce Choke
Guillotine Choke – Basics, Secrets, and Variations to make it perfect
The Hidden Secrets of the Reverse Triangle Choke
Peruvian Necktie – A Tight Choke and Brutal Neck Crank
The Highest Percentage No Gi Chokes
Top And Bottom Baseball Choke Setups For Jiu-Jitsu
The Arm Triangle Choke Encyclopedia For Grapplers 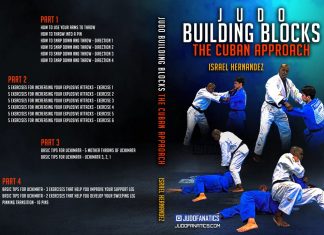 0
Judo or wrestling? Perhaps Sambo? What is it that you prefer when it comes to supplementing your Jiu-JItsu? The main answers here are Judo/Sambo...