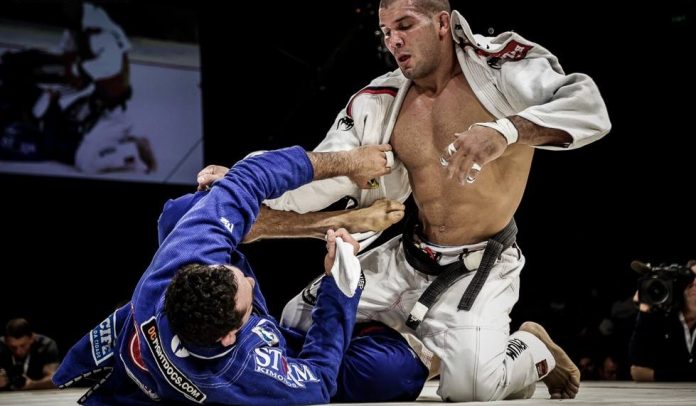 Wherever you are during the day, your mind is constantly bothering you about Jiu-Jitsu. You simply can’t wait to get on the mats and start rolling. You even spent an hour of your work time going through YouTube videos of tricky stuff you’ll do tonight. Your mood is on point, your backpack is packed right after the last training session and you’re raring to go! Then, you get on the mat and you run into one, or more, of the most annoying things that happen when training Jiu-Jitsu! There goes your mood and your joyful anticipation turns into frustration. Be aware of the common things that annoy people in BJJ so that you’re not the one causing frustration in others!

It is often said that how you behave in the gym and out of it has a major role to play in BJJ. Actually, this is very true and most instructors really pay attention to this. It is not only the technical aspect of your game that influences your progress. How you behave during training is also very important. That said, the more experienced you are as a grappler, the less of these common annoying traits should be associated with you. It may not be easy, as some of them are as much a part of your character as anything else. However, training Jiu-Jitsu, although not a team sport, does require other people. So, before you alienate people in the gym, make sure you’re not guilty of being the guy/girl with a painfully annoying trait.

Contrary to popular belief, annoying BJJ people is possible. Not only that, but you can annoy them really quickly and really hard. While laid back as possible, grapplers do tend to react when there’s something that annoys them on the mats. This is the one place where nothing else matters. Having to endure somebody doing a frustrating thing is a recipe for losing temper even for the mellowest of people. The trouble is that most people are usually not aware that they do something to annoy others. It may unintentional, or worse, intentional. Regardless, the solution is easy – be aware and do not do to others what you do not want to be done to yourself.

Gregor Gracie offers you an advanced insight into all the fundamentals of BJJ. With the help of his “High-Level Fundamentals“ DVD set, you can easily become a highly technical and much less irritating grappler. Give it a try!

The Annoying Side Of Training Jiu-Jitsu

Training Jiu-Jitsu requires you to come into contact with people. In fact, it requires close contact for extended periods of time. While being on the receiving end of some pressure passing or submissions should not cause you frustration, there are aspects of training that are universally upsetting for most. Sometimes it is the small things people do that can wire you to explode. Sometimes, it is glaringly obvious to everyone but the person doing it. 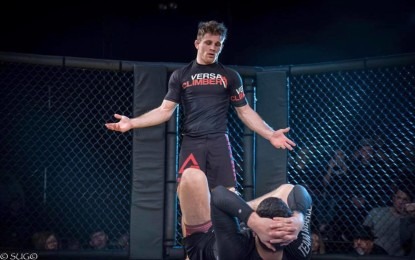 Dealing with annoying traits is not at all easy. While some, mostly those that refer to habits can be remedied, others are so deeply ingrained in people’s characters that changing them is next to impossible. In most cases, an instructor can really help by talking to the person and offering solutions.

The trouble with these annoying little facts of BJJ life is that they tend to come back with new members. Even if you manage to weed it out of someone, it won’t be long before another takes their place. Some are common to beginners, while others seem to surface as grapplers reach certain milestones. My take on it that if you know what annoys people, you’ll be able to make sure that you, at least, are not the source of it. If everyone did it, we’d be able to cut back on frustrating moments on the mats significantly. Well, apart from getting destroyed.

There’s simply no way to skip past this one. I’ve been in BJJ for nearly a decade and if there’s one recurring annoying thing it is bad hygiene. While it comes a given for most, some people seem to have trouble with the most basic concepts of it. Rolling with a partner that has a dump, smelly Gi takes all enjoyment out of BJJ in an instant! It is okay to leave your Gi at home and train in shorts and a t-shirt unless your Gi is ready. Leaving it in your gym bag after training and using it again next time is simply unforgivable!

Also, nails. People, easily take jewelry off or at least taping it up when training. It is unbelievable that they forget to take off weapons off their hands and feet. Going home with scratch marks all over our bodies is not what training Jiu-Jitsu is about.

Unless you’re tapping out, or have an injury or another legitimate reason to stop, do not cut a roll short. Your partner doesn’t want you to congratulate them on a move, or go over how you did something. Nor do they want to go back and try it again. Those things should be done during drilling. Questions are also a no-go. You can ask after the roll, during open mat or during a Q&A period of class. However, asking someone to explains a move during a 5 5-minute roll is the definition of annoying.

In relation to rolling, coaching others while you roll is hugely frustrating for anyone! Have you ever heard your instructor coach while you roll? NO, because they’re having the time of their life dismantling you piece by piece. So, never coach people during rolls, even if you’re formally a coach in the academy. Actually, unless you’re a coach, you shouldn’t be trying to coach others, period. When you’re advanced enough to be able to pass on knowledge, you’ll become a coach. Looking to teach to others what you do not know in the first place is frustrating as hell!

Another way to piss people off is by trying to guide them through a roll as if you’re cornering them. You have no idea if a person likes your advice, or is even in the right state of mind to roll competitively! Do not interfere with other people’s rolls, no matter how high your rank is. 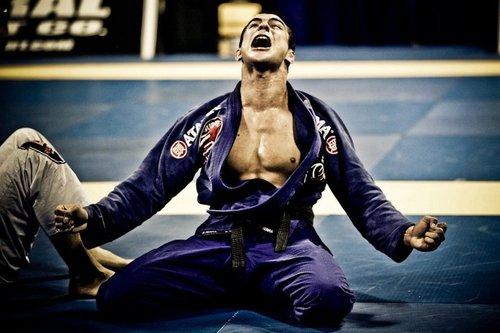 Dear white belts, if you’re training less than 6 months, disregard this one. But keep it in mind, regardless. All you other people of various ranks and experience, loosen up! Training Jiu-Jitsu is different from competing in Jiu-Jitsu. Keep the intensity appropriate, and do not act like you’re fighting for a world title! SPazing is useless, annoying and completely out of place in grappling. And this includes both spazzing when you’re attacking and when you’re defending. Nobody likes an elbow to the face because you can’t handle someone passing your guard!

Brazilian Jiu-Jitsu is based very much on respect. You respect your training partners, your instructor, your opponents. It is all well when you say “Oss” 35 times in a class, but suddenly everything goes out the window once rolling starts. Unless you’re alone in the gym, make sure you take care of others around you. Practicing takedowns in a gym packed with people is disrespectful, annoying and potentially dangerous.

You should also pay attention to the people next to you. Of course, you need to follow the rule that lower ranked belts should make space for higher ranked ones. But if you’re a purple belt that just bumped fists and you don’t even have grips, you should be the one making space for a blue belt couple deeply entangled in a submission attempt. It is a common courtesy of training Jiu-Jitsu and a mark of respect.

This is one that annoys instructors, first and foremost and then everyone else in the class. Whenever an instructor demonstrates a technique, take it for granted and go attempt what they’re showing. Asking for a counter or a totally unrelated question even before you give the move a try is really really frustrating. Going off topic wastes everyone time, and disrupts the flow of the class. There are a time and place for questions, both ones on topic and unrelated ones. That time is not while you’re learning or drilling a move.

How Training BJJ Too Much Can Hurt Your Progress

9 Reasons Why You Are Annoying to Roll With

How To Advance In BJJ With Flow Rolling

The Most Annoying Kind Of BJJ Training Partner