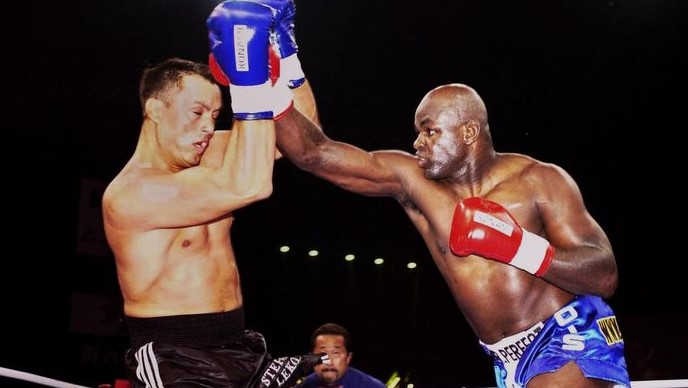 Kickboxing. A couple of decades ago, it was the one sport every kid dreamed of being a champion in. It was the martial art that took over from Karate, mostly due to some unforgettable flicks like “Kickboxer”. That said, practicing the sport became quite easy, as gyms started emerging left and right.  However, that only complicated things, at least for those wanting to actually learn from renowned instructors. With the rise and spread of MMA nowadays, figuring out how to learn pure kickboxing is even more difficult. that’s why we put together this best Kickboxing DVD collection together for you.

Similar to other martial arts, you can’t really learn kickboxing from just watching kickboxing DVD instructional. Actually, let me re-phrase that: you can’t learn all aspects of kickboxing only from DVDs. You will need at least a partner to train with, and preferably, a gym with an instructor that knows what they’re talking about. That said, there is a lot you can actually learn from DVDs that are put together in a meaningful way, which is exactly what you’ll find in every title that follows.

Kickboxing is often seen as a simple fighting system. I disagree and I am on board with calling it a martial art. It is somewhere in between a martial arts and a combat sport, given the full contact competition and the ruleset it involves.

Kickboxing originates from a combination of boxing and Karate and has its roots in Japan although it became popular in the Western world. From the 1970s onwards, American kickboxing has been what people think of when they hear about kickboxing. It is also one of the martial arts that are in the foundations of MMA. In fact, kickboxing has kind of had a resurgence of popularity with the global spread of MMA.

What that means is that no matter where you are in the world, you’ll probably find a kickboxing gym to train in. The sport consists of striking but does have a grappling element in clinching. Striking is done with both the arms and legs, with restrictions in different rule sets and divisions. The sport is a complex one, involving lots of footwork, body movement, mechanics of striking, tactics, feints, etc. All of them are things you can learn in great detail from kickboxing DVD instructional, given that they’re featuring instructors that know how to teach via video. There is quite a lot of video material out there, but we managed to identify and organize for you the absolute best kickboxing DVD instructional that you can acquire. 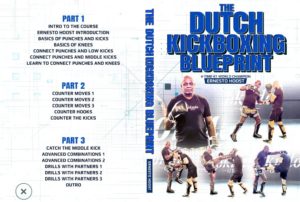 This amazing kickboxing DVD features three volumes of Ernesto Hoost’s magic. It starts off with basic stuff, like the mechanics of knees, kicks, and punches. It goes on to help you understand how they connect with each other, in all the various combinations possible. There’s a huge portion in there on counter striking as well, which is the bread and butter of the Dutch kickboxing methodology. you can expect to find some advanced combinations and tactics as well, along with some invaluable drills to help you put everything into practice. The drills will require a partner. 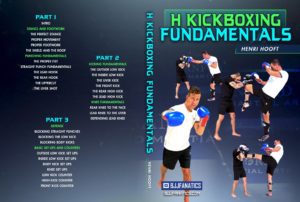 Even if you have absolutely no idea what kickboxing is, this instructional will help you learn, and quick! The instructor is none other than the legendary Henry Hooft, another one of the kickboxing greats. This DVD will teach you everything in detail, from how to stand and move, to punch and kick mechanics and setting up strikes in spring. A true fundamentals encyclopedia organized in three volumes. 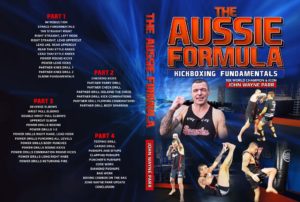 “The Aussie Formula” features one of the best kickboxers of the modern age, John Wayne Parr, who is still actively competing. His system is laid out in four volumes in this instructional. He covers everything from fundamentals, to clinch fighting and even conditioning drills to get you in the perfect shape for kickboxing. 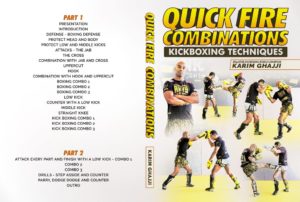 This is a great kickboxing DVD for anyone looking to learn kickboxing combinations. It would be advisable to have some experience in kickboxing but it is definitely not a condition in order to learn from this instructional.

Kickboxing DVD instructional can go a long way in helping you figure out this combat sport. All you have to do, is pick up some of the titles above, learn everything there is in them, and either find a willing training partner or better yet, join a gym to try everything out and learn some more on top of it.