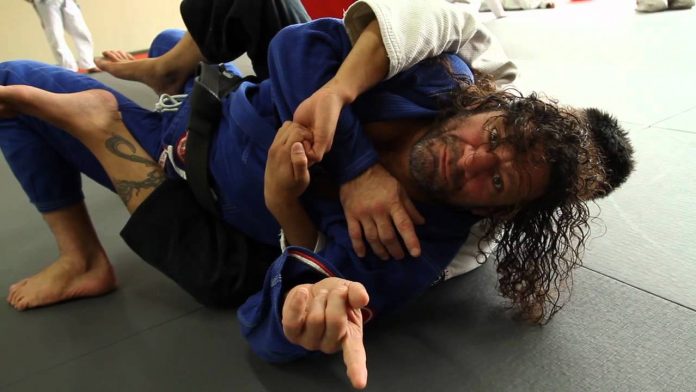 Contents hide
There are not that many really high-level chess players that can get out of a checkmate position. In fact, only a few of the very best can pull it off, and it is going to be a gamble even then. In Brazilian Jiu-Jitsu, there are several positions that offer a classic checkmate. Still, just like in chess, there are still ways of getting out and even, ultimately, countering your opponent. An, if there’s on the position that is a true checkmate for grapplers, it is back controlling. The position offers incredible control and direct finishing options, as well as easy, follow up that might even eventually end up back in the starting version of the back control. BJJ back escapes that work is not that many, and direct counters are even less. Those that work are listed below.
Deconstructing Back Contol
BJJ Back Escapes
Back Control Counters

There are not that many really high-level chess players that can get out of a checkmate position. In fact, only a few of the very best can pull it off, and it is going to be a gamble even then. In Brazilian Jiu-Jitsu, there are several positions that offer a classic checkmate. Still, just like in chess, there are still ways of getting out and even, ultimately, countering your opponent. An, if there’s on the position that is a true checkmate for grapplers, it is back controlling. The position offers incredible control and direct finishing options, as well as easy, follow up that might even eventually end up back in the starting version of the back control. BJJ back escapes that work is not that many, and direct counters are even less. Those that work are listed below.

Leg lockers aside, people that are really really good at back attacks are some of the toughest opponent’s you’ll face in Jiu-Jitsu! Even a beginner that gets a hold of your back can cause you trouble and make it difficult for you to escape. When the person on your back knows what they’re doing, and more importantly, what you’ll do, it becomes nearly impossible. BJJ back escapes are nothing new nor mysterious. People learn and drill them all the time. The only problem is, that most of them fail to work against truly high-level back takers. And it is precisely these people that we want off our backs when rolling/competing. The perfect scenario would be staying safe, getting out and directly countering your opponent. Yet, counters area even scarcer and work way less than Back escapes. So, when in back control, focus on getting out first.

The reason BJJ back escapes are so notoriously difficult to pull off is the nature of the back position. Unless you’re really aware of all the possibilities and dangers, you’ll probably choose an obvious escape option. This is only going to allow an experienced opponent to adjust into a better control position and be one step closer to a submission. Repeat this a few times and you’ve actually landed yourself in a choke by trying to escape. This is exactly what we’ll focus on today, exploring those few effective BJJ back escapes that work.

Tom DeBlass has not been submitted in years. As one of the leading competitors of today, he knows the most efficient ways to escape every submission and position in BJJ. Check out the “Submission Escapes DVD” by DeBlass for a way out of every sticky grappling situation!

The biggest problem about back control si that your opponent is behind you. It offers a way for an opponent to be really compact while at the same time being hidden from your sight. This is the crucial problem people face when they get their bacs taken. So, in order to employ BJJ back escapes, you need to know which areas of back control you need to address.

Basically, there are three things you need to focus on when attempting to get rid of back control. The first two things to consider are hooks and the seatbelt grip. You need to regain control over at least half of your body. That means either getting rid of the hooks, which control your hips, or the seatbelt grip, which controls your torso. Unless you manage one completely, before attempting to get free of the other, you won’t be successful.

In order to obtain a good position to deconstruct either controlling mechanism, you need to slide your body up or down. UNless you change your positioning in relation to your opponent, no amount of technique or strength is going to get you out.

And most importantly, you need to address the biggest problem first and with complete attention. There is absolutely no point in trying to escape back control if your opponent already has a choke in place. Instead, preventing them from getting to a choke position should always be your number one concern. Stop the submission instead of panicking to get out in an attempt to deny your opponent points. Once they’re on the back, focus on protecting your neck, and forget about the points. Once you’re out, you can start getting them back.

In terms of escapes, we’ll look at two BJJ back escapes that cover all the bases. The first one focuses on the escaping the hips first. It works perfectly when you are on the “weak” side for choking. The second one is a back escape that is going to get you out of the strong side. This one is going to start with grip breaks and freeing the torso first, before moving on to the hips.

For our first escape, we find ourselves in back control, seatbelt, and hooks in. The first thing to do is grip the overhook arm so that you prevent it from going into a position for chokes. The second thing to do immediately is to lie down on the underhook side. This the weak side for choking and it’s going to keep you relatively safe. Once there, you’ll look to extend your bottom leg, negating the hook control on that side. This will allow you to rotate and get the leg free, establishing a base. Now you can slide out to the side, freeing your hips completely. Getting rid of the seatbelt now is as easy as guiding the overhook arm over your head. To complete the escape, turn into your opponent.

When you’re late with going to the weak side, and your opponent gets you on their strong side, the first principle is the same – control the top arm with both of yours. Once you break the seatbelt grip, keep a 2 on 1 grip on their top arm and guide it over your head. Now, you can change your position, by going on your back, thus moving your hips sideways. To prevent mount, you’ll have to use your ar side leg to hook the opponent’s top leg, before you complete the escape.

BJJ back escapes are high percentage moves, when you go for the simple methods, like the tow above. Counters, on the other hand, are much more opportunistic and can work against less experienced opponents. As such, there are a few that might be worth your time.

The most basic one is preying off your opponent’s mistake. It is a simple one most of you should know, as it is a teaching moment. If and when your opponent crosses their feet in front of your while in back control, you can finish with a submission. All it takes is to cross your own feet over theirs for a nasty and very legal ankle lock. The only problem is, experienced opponents are never going to make that mistake. Also, your hip flexibility, or lack of it, places an important role here.

Another countering option is looking for a Kimura. It is a bit risky but works well of the first defensive option we discussed. When escaping on the weak side, look to thread an arm in, so that both your opponent’s arms are now an underhook. There’s still control there, so immediately grab a Kimura grip on the top arm. Now proceed with the escape, getting an armlock in the process.