Contents hide
1 There’s something about catching those “classic” Brazilian Jiu-JItsu submissions. Those are the moves that gave BJJ its name, and the fact they still work today is simply amazing. However, very often these moves can either go wrong, putting us in defense mode, or they simply do not work. While giving up on a submission and restarting is a legitimate strategy, a much better one is connecting other attacks to it. The thing about all the “classics” is that they’ve been around for so long, the people have numerous follow up options to keep their attacks going. One such move that grapplers often turn to is the Omoplata. This “basic” shoulder lock is so much more than just a one-dimensional finishing move. Turning to the Omoplata sweep when you’re initial submission is stuck is a surefire way to keep going and finish, maybe even with the Omoplata itself!
2 The Omoplata Submission
3 The Omoplata Sweep
4 The Follow Ups

There’s something about catching those “classic” Brazilian Jiu-JItsu submissions. Those are the moves that gave BJJ its name, and the fact they still work today is simply amazing. However, very often these moves can either go wrong, putting us in defense mode, or they simply do not work. While giving up on a submission and restarting is a legitimate strategy, a much better one is connecting other attacks to it. The thing about all the “classics” is that they’ve been around for so long, the people have numerous follow up options to keep their attacks going. One such move that grapplers often turn to is the Omoplata. This “basic” shoulder lock is so much more than just a one-dimensional finishing move. Turning to the Omoplata sweep when you’re initial submission is stuck is a surefire way to keep going and finish, maybe even with the Omoplata itself!

Back in my early blue belt days, I was a huge fan of Omoplatas. I discovered that the Omoplata works great when you combine it with an armbar and a triangle. SInce closed guard was my favorite position (big surprise there) this combo soon became my favorite. This meant that people knew what to expect, and higher ranked belts, in particular, defended my attacks fairly easily. This led me to the Omoplata sweep as the natural extension. At the time, just getting the sweep was immense for me. However, it soon became apparent that I had no direct threatening options after sweeping. And I didn’t like it at all.

The one big problem people usually run into with the Omoplata sweep is exactly this. The sweep lands you in a perfect position to continue attacking. Yet, most people settle for untangling their legs and going straight into side control. While this is a positionally sound strategy, going on the offensive from there is going to take a lot of work. While certain follow-up may come naturally to some people, usually it takes someone to unlock these paths for you. Today, our goal is to show you the next level of attacking with the Omoplata.

Bernardo Faria is a true virtuoso with the Omoplata. After numerous successful match victories via this shoulder lock, Faria revealed all his secrets. His “Omoplata Everyone” DVD set is available at a cut price. What do you mean you still do not have it?

The Omoplata is one of those cool looking submission specific to Brazilain Jiu-JItsu. It is a shoulder lock that is done from the bottom, usually from the closed guard. While closed guard setups are the most basic, there are also plenty of open guard setups, most notably form the Spider guard. The cool thing about the Omoplata is that it is a submission in which your legs do all the work.

Starting from the closed guard, you need to have one of your partner’s arms on the ground in order to go for an Omoplata. You could force him to plant it there or pull it yourself. Once the arm is extended, you open your guard and use the leg you have under the same side armpit to hook their shoulder. In order to do this, you’ll have to significantly change the angle of your hips, so that they’re now facing to the same side as your opponent. Locking a triangle in place, while keeping their hand as close as possible to their body gives you immense control. From there, you either go straight for the finish or for an Omoplata sweep.

In order to finish, you’ll need to lay your opponent flat on the mats. This requires you to extend your legs forcefully so that their upper body goes to the floor. A few butt scoots to the side are all it takes to make their hips follow. Once the opponent is falt on the ground, you lean towards the opposite side shoulder, placing immense pressure on their trapped shoulder because of your legs.

Gettin the Omoplata sweep is actually very easy. In most cases, people are going to give it to you themselves. If you do not control the opponent’s feet or belt when you first get into Omoplata position, they can roll out. While they can roll out of the submission itself, they do not necessarily leave the position, if you know how to follow up. Another great option is finishing the sweep itself.

In the first instance, you have an opponent roll forward as you extend your legs to finish the Omoplata. Sometimes, even despite your best efforts to control their hips, opponents will find ways to roll out. Never ever untangle your Omoplata just because an opponent rolls out. Instead, make sure you go for a sweep and stabilize the position on top. Simply follow your opponent’s movement until you end up on top. The finishing position is going to be next to your opponent, with your legs still around their arm, along with sleeve control. This is a great position to be in, plus it lands you two points.

From a more advanced perspective, you can use the Omoplata sweep when opponents intelligently defend Omoplata attacks. A knowledgeable opponent is either going to try to skip over you or try to open the shoulder lock up. In both instances, you yourself can turn to the Omoplata sweep to counter their defenses. Simply extend your legs while rolling forward with your body, so that your weight makes them roll over. Or, roll over behind you if the opponent is posturing up. Keep the shins of both legs on the mats as you get up, so that you keep the arm pinned and your opponent firmly in place.

This is where the fun begins. Abandoning the arm configuration and simply going for side control is also a very legitimate strategy. However, going for a finish and much better positions is a better one.

The first and easiest option is a quick straight armlock. You already have everything in place, you just need to make a small adjustment. First, make sure you have the elbow of your opponent’s trapped arm between your legs. If that elbow slides out, go for side control. If you have the elbow, all it takes is to sit back, so that their arm is pinned between your hamstring and calf, and simply press down on their wrist for a straight armlock finish.

Another cool looking and really good options are submitting from the mount. From an Omoplata sweep, backstep your free leg over the opponent and turn to face them. You’ll end up straight into a mounted triangle position. From there you should triangle your legs and settle in for a finish. Or, if you can’t squeeze the triangle right away, you can roll to you back, looking it up in transition, Your opponent won’t get any sweep points if you go on your back since you were in the mount. PLus if the triangle fails you can go from another Omoplata from there.

Finally, you can still finish with an Omoplata. Simply squeeze their elbow tight and roll over you near side shoulder. This time, though, make sure you control their hips better so that you can finish without them rolling out. Yeah, it is that easy, you only need to be aware it is there. 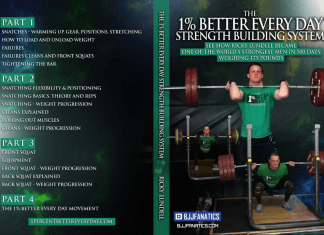 0
Strength and conditioning for BJJ never had so many resources as it does today. the biggest part of the grappling puzzle is now entirely...