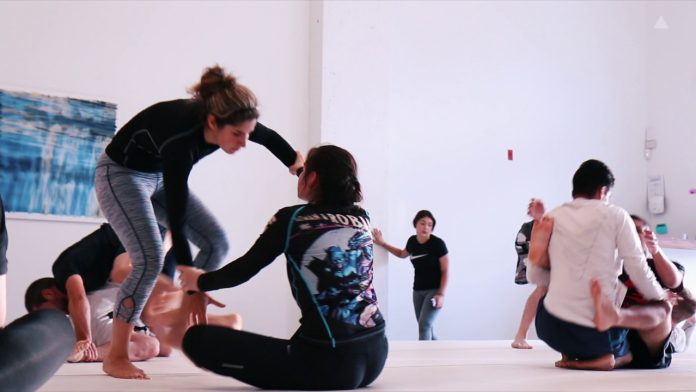 Contents hide
Sparring in Brazilian Jiu-Jitsu, AKA rolling is the reason most people get hooked to the Gentle Art. There’s no disputing the fact that rolling is both fun and a great learning tool. Rolling is where everything we learn gets tested and polished for competition. However, it is also the reason most people stall at a certain point. Well, not rolling per say, but a certain kind of it. Competition rolling is a high-stress affair that has us going on autopilot. IN order to ensure progress in Jiu-Jitsu, you have to open up your game. The best way to do so is to begin flow rolling.
Flow Rolling 101
How to Flow Roll
What You Get Out OF Flow Rolling

Sparring in Brazilian Jiu-Jitsu, AKA rolling is the reason most people get hooked to the Gentle Art. There’s no disputing the fact that rolling is both fun and a great learning tool. Rolling is where everything we learn gets tested and polished for competition. However, it is also the reason most people stall at a certain point. Well, not rolling per say, but a certain kind of it. Competition rolling is a high-stress affair that has us going on autopilot. IN order to ensure progress in Jiu-Jitsu, you have to open up your game. The best way to do so is to begin flow rolling.

Flow rolling is nothing new in BJJ. the trouble with it is that not many people do it. Even those that do it, often do it wrong. The main issue with flow rolling is that it is seen as useless for “real-world” application i.e. tournaments. Nothing can be further from the truth. Flow rolling is going to get you ready to both destroy people at tournaments and achieve significant and constant progress in BJJ. This is not to say that faster paced rolling has no place in BJJ. the trick, as with everything else in grappling is finding the right balance.

Adopting flow rolling into you regular BJJ training is going to ensure you do not hit a plateau. It offers countless benefits and has virtually no negative side-effects on your game. Flowing is, in general, contrary to our nature, given that grappling is a fighting affair. COnquering this means that you’ll be able to be much more efficient in BJJ. Not to mention a massive ego check, as you’ll learn that no position is worth holding on to for dear life. Let’s look at the point reason for flow rolling before we move on to some key benefits.

Everyone involved in grappling martial arts is familiar with the Gracie moto “keep it playful. Well, when you’re in a gold medal match against a heavier opponent in the absolute division, it’s next to impossible to “keep it playful”. Or is it? There’s a reason that even Bruce Lee was a great proponent of the “be like water” philosophy. Relaxation is the friend of a grappler, as opposed to constant tension and contraction. 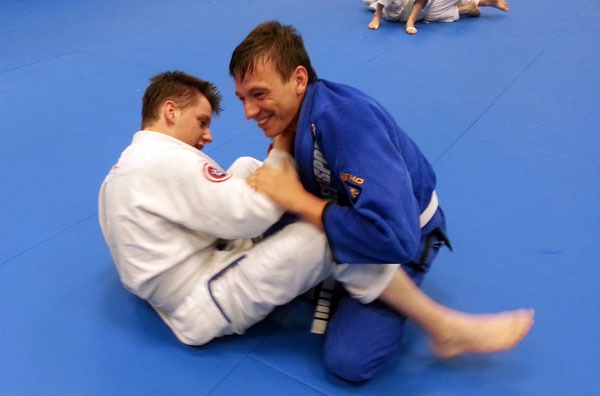 When we roll hard, we tend to go with our best moves only. The high-stress environment offers very few opportunities for thoughtful work. Instead, we fall back to automatic responses, which in grappling, means favorite moves. there’s nothing wrong with this, however, it’s hard to introduce new techniques when you’re stuck repeating old ones over and over again.  Flow rolling is a surefire way to ensure your game develops constantly, even when you go for competition rolls.

Flow rolling is a way of slowing down BJJ sparring, without affecting the effectiveness of the techniques. On the contrary, it is a great way to enhance them. The whole point of flow rolling is to be as relaxed as possible and not cling to any given move or technique. No matter the outcome you mustn’t find yourself holding on to a move with tension. If you get all sweaty and panting and catch yourself clenching your jaw during flow rolling, you’re doing it wrong.

Are you on point with all fundamentals of BJJ? There’s no flow rolling without sound fundamentals and Kurt Osiander is here to help you with them. Check out his “Fundamentals Of A JiuiJitsu Renegade” DVD set and arm yourself for a flow roll.

How to Flow Roll

As already discussed, the most important thing during flow rolling is letting go. In order to stay relaxed when fighting you’ll have to work around the body and mind’s natural instincts. For one, tension in the human body is often displayed through tension in the jaw muscles. the best way to make sure you are relaxed enough for flow rolling? Smile. This doesn’t mean laughing out loud or grinning like an idiot. Instead, just smile slightly, enough to relax your jaw. You’ll be amazed at how this little trick is going to allow you to flow better.

Another really cool and completely counterintuitive technique to relax is rolling in the dark. This doesn’t mean turning the lights off and going all out. All it takes is to close your eyes so that you can feel more than you see. Of course, add in the smile we already talked about and you should be in that perfect flow state.

The arguably most important thing during flow rolling is consciously giving away moves and techniques. To clarify this doesn’t mean allowing a partner to move around doing whatever they want. Nor does it mean digging into a defensive position and remaining solid as a rock. It means allowing a partner to execute a technique without resistance so that you can think about going straight into a new move yourself. You’ll notice that thinking ahead instead of focusing on stopping a move is a far better strategy for Jiu-Jitsu. Learn to adapt and avoid scrambles by thinking about linking defensive, offensive and counter move together constantly.

Finally, a crucial part fo successful flow rolling is having a partner with the same mindset. Ther’s no point flowing when a partner is going all out. Make sure your training partner is on the same page.

What You Get Out OF Flow Rolling

Honestly, there are too many positive benefits fo flow rolling to ever fit into an article. However, there are those that really stand out in terms of importance, so we’re going to focus on these major ones.

First and foremost, the goal of flowing is constant improvement. In order to do so, you must make sure you try to do as many new moves as possible. Actually, it’s best if you completely forego all your fall-back highest-percentage moves. And also, consider adopting a catch-and-release policy for submissions. Constant restart due to tapping is not really flowing, is it? So make sure you give as much as you take from your opponent. This is where you perfect all those little nuances and you plug any holes you might have in your technique.

The next big thing is awareness. What you learn when you go light and slow is to notice everything about certain positions, moves, and transitions. You get to think about what you’re doing and, with enough repetition, you expand your go-to arsenal. That’s how progress is made in grappling.

Furthermore, flow rolling is going to teach you one of the most valuable lessons in BJJ – how an opponent reacts. The more you flow roll, the more experience you get with the way opponent’s react to certain situations. That experience translates directly into how you react when the pace is higher. This experience is going to make you look more fluent and efficient when you compete or roll hard.

And, last but not least, flow rolling is a great way to keep training when injured. Whenever you’re too injured to roll but not to practice technique, flow brings you all the benefits and none of the risks. Once again, pick the right partner and keep learning.