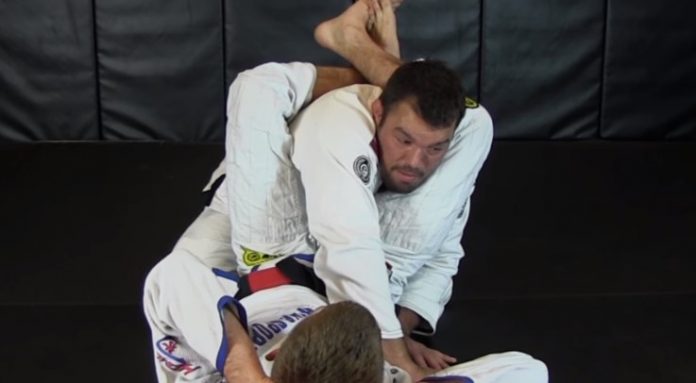 A triangle choke, or sankaku-jime in judo, is a type of chokehold which strangles the opponent by encircling the opponent’s neck and one arm with the legs in a configuration similar to the shape of a triangle. The technique is a type of lateral vascular restraint that constricts the blood flow from the carotid arteries to the brain.

Dean Lister Shows The Very Triangle Escape He Used at ADCC 2013 to Defend Keenan Cornelius’ Triangle on Keenan himself.