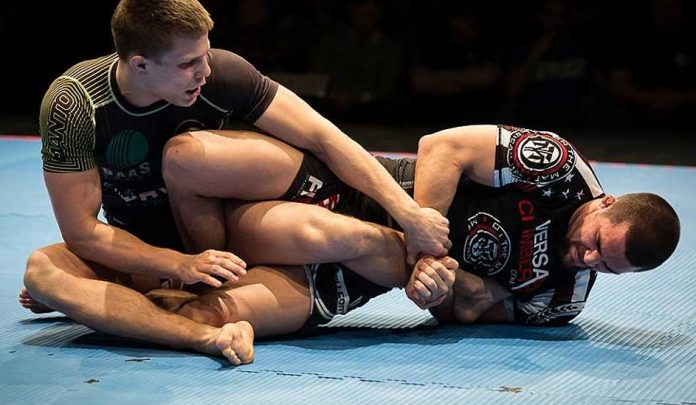 The depth of Brazilian Jiu-Jitsu is truly a staggering one. While most martial arts have a predetermined number of moves, BJJ is structured such that it never ends. While the number of moves is not endless, the variations and possibilities are unlimited. In an art where the angle of your finger might decide if you tap or not effectiveness gets a whole different meaning. Namely, the wealth of possibilities in BJJ is actually the grayest enemy of grapples. All Jiu-Jitsu moves are not made equal and some are more effective than others.

Of course, the context of the application of a move has to be taken into consideration. A rear naked choke cannot be performed from the closed guard, no matter what. Even though it is one of the highest percentage moves in both BJJ and MMA it has to be properly applied. So, proper positioning is the base of a Jiu-jitsu move’s success rate in training or competition.

When we speak of the highest percentage of Jiu-Jitsu moves, most people automatically think of submissions. While submitting an opponent is the ultimate goal, competition practice shows that it is not the only outcome. In fact, depending on rules, submission is rarely on the top of the pile of winning techniques. That is because, no matter how competition is structured, positional control and transitional pressure almost always preceded submissions. With that in mind, it is easy to see that a match begins long before a submission is applied. So, in order to get the most out of competing, one has to use the best Jiu-Jitsu moves in every aspect of the game.

When in doubt about which technique is the best for any situation just go with the fundamentals. In terms of passing the guard, it’s more of a concept of passing, than a technique itself that results in the highest percentage of success. Smash passing has been statistically proven as the most utilized way in which to pass. Countless top competitors, like Rodolfo Vieira and Xande Ribeiro, have built complete games around smash passing.

The pressure passing game offers great positional control over the opponent. The pressure opens up opportunities to attain high control positions like mount straight off the pass. Any kind of technique can be used, as long as the smashing principles are applied.

When you’re playing guard, apart from submitting someone, the best move is to sweep.  As surprising as this may sound, the berimbolo is not on the list of the highest percentage guard moves. If the opponent is standing, then the best option is as basic as the tripod sickle sweep. Done from a simple open guard and taught at a fundamental level, it just works. You can see it done in competition at every belt level.

When facing a crouching or semi-crouching opponent, nothing works as well as the butterfly sweep. Applicable from a host of positions, from butterfly to half guard, it’s one of the staples of BJJ. In both Gi and No-Gi Jiu-Jitsu, the butterfly reigns supreme in the sweeps department.

Remember all those bridges and hip escapes the instructor makes you do in every class? Well, those “boring warm-up” moves are actually what works best when you’re stuck. Since everyone gets stuck at some point, everyone training BJJ needs a way out. Bridging to create space and hip escaping in order to be able to build a structure is as fundamental as it gets. As cool as spinning and inverting escapes are, when a wrestler gets on top nothing but the bridge-hip escape combo is going to work.

Most Effective Submissions in BJJ

That said, submissions still reign supreme in BJJ. Even though they’re not statistically the most utilized in competition. they’re still the coolest way to win. The list of the optimal Jiu-Jitsu moves to get a tap is just a fundamentals class curriculum in disguise. With the exception of the heel hook, of course (depending on school policies).

Chokes from the Back

The bow and arrows predecessor, the original rear-naked choke is submission king in No-Gi competition. While sometimes seen in GI tournaments as well, the No-Gi scene is where this choke rules. It is so effective, that EBI rules have made back control a starting point of overtime rounds.

The back chokes’ runner-up (although barely) is none other than the armbar. Transcending the borders of GI or No GI competition is one of the most versatile moves in BJJ. Applicable from both the bottom and top positions, the armbar’s effectiveness has been proven again and again. You’ll be hard-pressed to find a tournament without an armbar finish.

The move most associated with Brazilian Jiu-Jitsu and one of the most effective submissions is the triangle choke. A strangle is done from literally everywhere, the triangle has countless variations. What’s most impressive is that they all work at every belt level, Gi or No-Gi.

The heel hook is as effective as the best Jiu-Jitsu moves but notorious as none other. The heel hook has risen to its rightful place among the submission as of late. This is mainly due to the evolution of sub-only tournaments with more flexible rules than their Gi counterparts. The heel hook is probably the most devastating joint lock in Jiu-Jitsu, as effective as it is brutal. It would probably be at the top of this list, had its use not been forbidden for so long.

It’s a tie! Both the guillotine and the kimura are effective submissions, but not the most often used. They probably top the list of attempted submissions, as they’re both fairly easy to set up. Finishing with them, as effective as it is, is far from the success rate of the back chokes or armbars. Do not underestimate these two moves though, as they’re more than useful in competition.

Invisible Jiu Jitsu – What Is It and 5 Most Effective Techniques