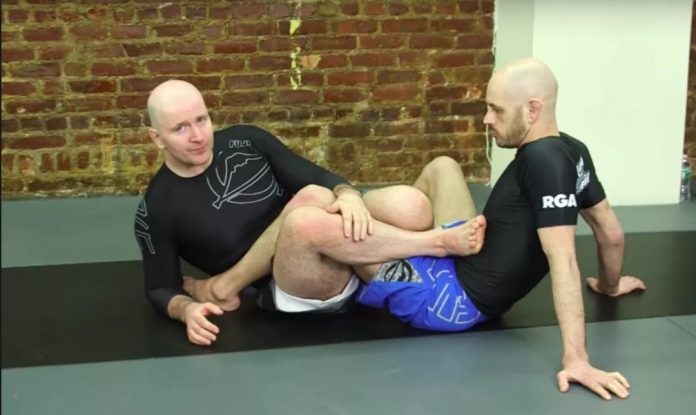 We’ll keep this article daily updated with all the news, techniques, and everything else related to John Danaher Instructional.

That was actually a starting point of the raise of Danaher’s Death Squad and John Danaher himself. Danaher, Renzo Gracie Academy Coach, was able to show the brilliance of his Jiu-Jitsu through his students that were invincible in EBI tournaments.

If you watched the EBI’s you can’t get a pass by the match between Garry Tonon and Eddie Cummings. Teammates at that time went through each other exchanging such tremendous knowledge of leg locking skills that probably all of us realized that we have no clue what these guys were doing at all. That was the point where interest in leglocks went through the roof. And Danaher Death Squad became an Iconic team together with their coach John Danaher. We can freely say that these guys had a huge influence on all Grappling Martial arts too.

John Danaher was teaching a lot of great athletes. Some very well known like Gordon Ryan, Garry Tonon, Eddie Cummings, Travis Stevens, Tom DeBlass, and all other great athletes. He’s also an instructor of MMA legend Georges St-Pierre, Chris Weidman, and many others.

Tom DeBlass also released some Great Instructionals. Submission Escapes, Half Domination, High Tech BJJ in The Gi Together with some Weight and Nutrition Programs, and they are all influenced by training with John Danaher. You can check all of Tom De Blass DVD Instructionals HERE.

Travis Stevens Did a Great Job on Releasing Instructionals from what he learned in JUDO and Training with John Danaher. Travis did a lot of instructionals focused on every aspect of BJJ combining Judo and Jiu-Jitsu. Chokes, Armlocks, wristlocks and the great release of Fundamentals of BJJ

Today, John Danaher announced on his Instagram Profile that he’ll be making a new DVD series. You will be able to find John Danaher DVD Instructionals HERE so make sure you check it from time to time.

John Danaher said that till now he was only able to teach the audience in front of him. And that he’s been doing it for 24 years. He was teaching in his sensei’s Dojo Renzo Gracie Academy.

As Danaher is saying that’s not what he wants. He can’t have a huge influence in the knowledge of people around the world by training only people in front of him or doing seminars. He wants to teach the wider audience and actually to teach the world.

When people were asking John Danaher to come and teach them he usually didn’t have time for that. He was too preoccupied with his students and their own progress that he couldn’t help others to make progress. You could only come to his classes which are opened to everyone or wait for him to come to make a seminar.

Unfortunately for students around the world, John Danaher wasn’t able to travel a lot because of problems with his body. So that was even worse for people who wanted to learn from him. At the point when his knee was replaced after he got the hip replacement things were just going worse for him. He wasn’t able to travel at all and was in serious doubt of being able to demonstrate the moves at all. Not even on seminars but to his own students too.

The good thing is his students were able to show us the moves Danaher taught them throughout the variety of competitions around the world. From Local tournaments to EBI, ADCC etc.

Acknowledging all those problems that John Danaher has he decided to go for DVD series release. This will be the first John Danaher DVD ever and that’s something that you can’t miss.

John Danaher will produce these DVDs together with Bernardo Faria and Michael Zenga from BJJ Fanatics. As he said, Bernardo Faria, a multiple World Champion made him do it. The John Danaher DVDs will at first have two systems. The first one will be Ashi Garami leg Locking system and the other one will be Back Attacks.

Both John Danaher DVD instructionals are already filmed in the basement of BJJ Fanatics. Danaher is describing it as a marathon session that will make his DVD Instructional be very long and very educational.

Danaher also said that if people will be interested to see more from him that he will continue his work with BJJ Fanatics, Michael Zenga, and Bernardo Faria.

It’s finally time for us to learn everything that Danaher Death Squad was learning for years. Who knows, maybe these DVDs will change the way and direction that Jiu-jitsu is going to. Maybe it will raise some new athletes that were unknown before without real leg locking instructions. The time will tell.

And until this release is up, make sure you check the free preview of John Danaher DVD and the free techniques that we’ll be able to see on his Instructional.

Although the other great athletes like Craig Jones, Dean Lister, who influenced Danaher the most to go for leg locks training, Jay Wadsworth and others also made great Instructionals on leg locks. You can check The list of the BEST LEG LOCKS INSTRUCTIONALS.

John Danaher Outlines What Will be on his DVD Instructional and Talks about Importance of Incorporating news Skills Into Your game.

It’s very important to incorporate a system into your own game is the main focus of John Danaher and something he tries to do with all the athletes that he coach. He outlines how some athletes are very capable of using the same set of skills for years and then incorporate new skills into their game. It’s something that gives them joy and new perspectives and skills on top of something they already know.

Danaher Talks about Tom DeBlass as an example of a very successful athlete with great skills. The skills that allow him to win many ADCC US trials and World Championships. Tom DeBlass was able to incorporate new sets of skills into his already great game and easily win with it. If you watched Tom DeBlass on Fight To Win pro in Philadelphia you could see how well he executed everything he was taught by John Danaher. He was there fighting for an inside position and then used a Kuzushi to off balance his opponent. After that Tom DeBlass applied a perfect heel Hook. He was able to do it in only 30 seconds.

Something that Danaher tries to explain with this is that it’s not necessary for you to start training some system from the early beginnings of your BJJ Career. Many of his successful athletes came to him late already training for few years somewhere else. Although, he was still able to teach them and incorporate his own system into their game. That’s exactly what he’s trying to accomplish with his DVD Instructionals.

DVD 4:
Breaking Mechanics
Creating Tension
Pros And Cons of Each Grip
Function outside Heel Hooks And Cycling of Our Legs in Breaking Opponents Legs
The Shared Spiral 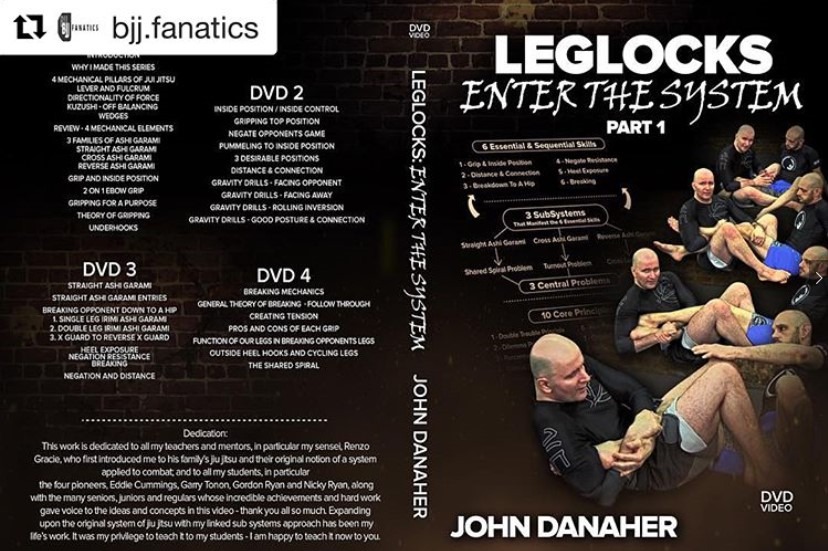