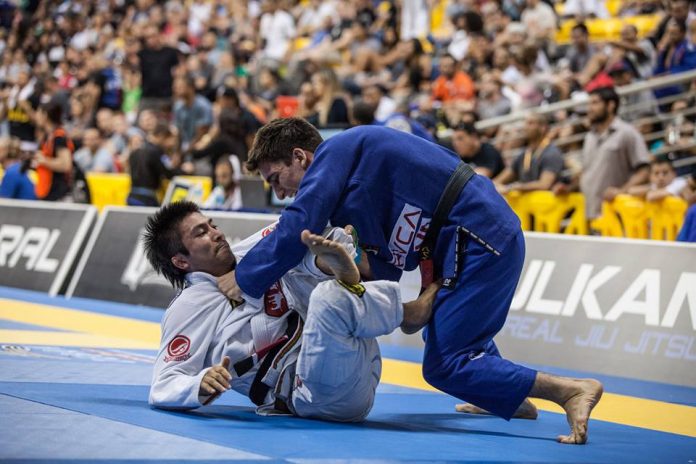 Jiu-Jitsu is a sport that takes place on many different planes of motion. Even though it is so versatile, BJJ folks often see themselves in one of two major positions. They are either the person on top of the person on the bottom. In order to keep things simple, let’s summarize BJJ with the help of this two positions. If a grappler on the bottom, they either look to submit and finish a fight or seep to get in top position. From top position, the idea is to pass the legs and get in a dominant position to finish. In both instances, people are looking for the top position. But the top position is only valuable if you know how to get past the legs. That’s where Guard Passing BJJ DVD instructionals can be of assistance.

Guard passing is a subject that’s been thoroughly exhausted in grappling martial arts. In the digital world of BJJ, a huge percentage of releases claim the title of the best guard passing BJJ DVD ever recorded. The truth is that only a few actually live up to that mantle. In order to reduce the guard passing BJJ DVD clutter, we compiled yet another top list. Gain the respect of everyone on the mats by becoming a real passing machine with the help of these digital releases.

When you’re in the market for a BJJ DVD you have to be in the clear what you’re looking for. The first thing to consider is your level in BJJ. Although all white belts feel like they can do things meant for more experienced grapplers, they can’t. Stick to what works best for your level of grappling, as exploring those passing paths are going to lead you to the more advanced ones when the time comes.  If you’re not sure what to stick to talk to your instructors. They’ll take your experience, body type, and style into consideration when recommending a passing strategy. They might even recommend a DVD or two of their own choice.

Next, look for those DVDs that cover material which you can relate to the things you learn in class.  It is never the wrong strategy to focus on the same things you learn in class. The connections you make this way have two-fold benefits. First, you’ll be able to fill up the holes you have from watching DVDs when in class. On the other hand, you’ll be able to expand on the knowledge you get from class by going further into the concept o certain passes via digital content. It is a win-win situation!

Finally, as with all kinds of instructional DVDs structure is of the utmost importance. There’s no point in attempting to cartwheel over someone if you have no idea how things work. In my opinion, cartwheeling over someone in BJJ is rarely a good idea, but there are those that favor it. The important thing is knowing how to do it, when to do it and what to do when/if it fails. That is structure.

Mr. Faria is one of the regulars on most DVD lists regarding most subjects in BJJ. It’s not just hat he is a 5 x World Champion in BJJ and one of the top grapplers of today. It’s not the fact that he’s great at explaining and is very easy to follow. It is the fact that he has a wide array of high-level abilities and he puts out different material on a regular basis.

One of Faria’s strongest grappling qualities is his guard passing skill. He’s what is known as a pressure passer and an exceptionally good one at that. Over 4 DVDs he details a complete system that is really easy to follow. In a structural sense, he starts at the very beginning – how to correctly distribute weight. He then goes into different passion options offering up not just passing sequences, but recounters to the opponent’s counter attempts. It is a very elaborate system that is going to decode most of the guards used in BJJ today. He devotes one complete DVD to rolls with people, explaining how his systems work live. This Bernardo Faria guard passing BJJ DVD is appropriate for all belt levels.

The folding system is one that works from both the top and the bottom, but for the sake of this article, we’ll focus only on the former. Reis is a Fabio Gurgel black belt and one of Alliance Team’s top competitors. He’s won championships at every belt level and has now recorded some of those techniques in a digital format.

The 4 volume set is divided in half. Two of the DVDs are full of sweeping opportunities for guard players, while two are devoted to passing the guard. The folding system that Reis offers up is quite simple conceptually. He is a big proponent of getting the legs of your opponent as close as possible to their head (folding). In a guard passing sense, he uses this principle to pass every guard imaginable, from the De La Riva to the butterfly guard. He even offers up back takes and submissions that are there straight off the pass. IT is always good to have a complete system that works against different positions. Reis brings just that to the table. This DVD is one that’s most suited for intermediate to advanced students, so it’s advisable to be at least a blue belt in order to make it work on the mats.

Another volume structured much like the previous one, this set brings together both the bottom and top game strategies. Leandro Lo is a household name in the world of grappling martial arts, a multiple world champion and dangerous competitor. His guard passing prowess has been proven many times against the most elite Jiu-Jitsu players in the world.

The Guard And Passing Matrix have one volume that covers sweeps, while the rest of the material is on guard passing. Lo’s style is one of relentless pressure, which is exactly what you can expect from the instructional. From basic passes like the Toreando (one of Lo’s favorites) to intricate Reverse De La worm guard passes, this guard passing BJJ DVD answers all questions guard players are going to ask of you. Once again, not really suitable for complete beginners. Blue and purple belts, and above are the ones that’ll gain the most from this set.

The man is back again. Bernardo Faria probably has the highest percentage of DVD releases per person in the BJJ world. His second set on the subject of passing focuses on how to put the pressure on every opponent you encounter. This one is a true encyclopedia, just like the name suggests. The focus here is only on one passing system  – Faria’s favorite over-under pass. If you’re looking for the most comprehensive material on the subject look no further. Over 4 DVDs, you’ll learn every little detail of the pass that brought Faria multiple world titles. Suitable for all levels.

The human backpack that is JT Torres. He is a world-renowned choke artist, with back control his position of choice to do so. However, as it is with most prolific back takers, he is also a very accomplished guard passer. In his quest to demonstrate the best route to the back, he put out real quality material on passing.

Namely, he kicks things off from the closed guard. Torres focuses on pure Jiu-Jitsu fundamentals in his passing sequences, that every student of the Gentle Art is going to find useful. The DVD encompasses X pass details, Knee cut fundamentals, Leg Drag principles, and even some cartwheel passing. All in all, there’s no guard that is going to be an obstacle for you once you’ve gone through JT’materialal on this DVD. White to black belt, everyone needs to own this guard passing BJJ DVD 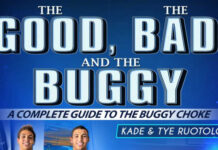