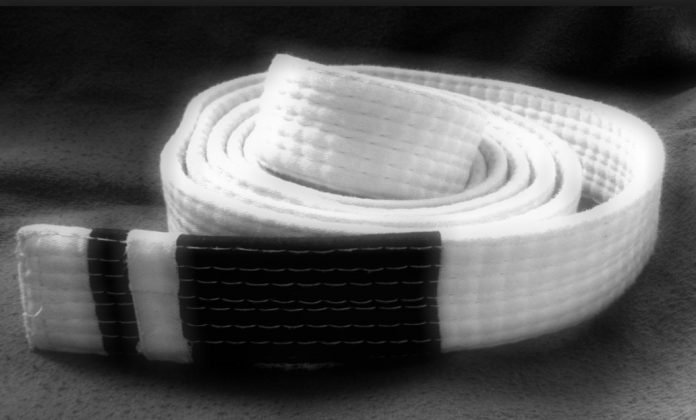 Contents hide
1. Accept The White Belt Struggles
2. Take It Easy On Yourself
3. Constant Curiosity
4. Everyone Is A Good Partner
5. Do Not Underestimate The Warm Up
6. There’s Nothing Scary About The Higher Belts
7. Keep Showing Up

Being a white belt in Jiu-Jitsu is a difficult period. No matter how much you thought you knew about BJJ, you’re inevitably going to be shocked. After surviving “initiation”, or being destroyed by everyone, you start to comprehend the complexity of it all. It is as difficult psychologically as it is physically to keep pushing through. It is, undoubtedly, the only way forward and it is more than worth it to endure. Believe me, I know, I went through all of it too.

A white belt has a long road in front of them. Have no illusions, it is going to take around a decade before you get to strap the black around your waist. Now, knowing that it is going to require blood, sweat, time, and sacrifices, are you still willing to persevere? If you decide that you are, here are 7 crucial tips that will make your life easier at white belt:

Get to terms with the fact that you’re at the bottom of the food chain. BJJ takes time, there’s no way around it. So do not get discouraged at your apparent lack of success. Although you might consider tapping so often a failure, you’re in fact, improving with every second spent on the mats.

It is completely normal to “lose” to higher belts. Actually, accept that you’re going to get beat by more experienced white belts as well. After all, they do have more experience (however slightly) and more knowledge than you. What is inevitable is that you will catch up, or even surpass them. You only need to keep working and do not get discouraged. Like everything else in life, you have to start slowly and gain momentum as you go. Trust me, nobody is perfect from the start. 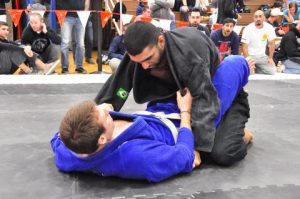 2. Take It Easy On Yourself

As much as you might be a perfectionist, you will never, ever be flawless at Brazilian Jiu-Jitsu. This is another extremely important notion that you have to understand from the get-go. After all, perfection is a moving target that can never be completely reached.

In BJJ everyone makes mistakes. Even black belts are capable of making a wrong move or two. As a white belt, you will be prone to mistakes more than any other belt. You can’t expect anything else from art where opponents actually try to force you to make errors. Instead of getting furious with yourself over doing something stupid, accept it as part of BJJ and move on. Dwelling upon it is not going to make you better. Learning from it is. Trust me, you will never repeat the mistakes you make in competition unless you sulk over them.

The defining trait of a white belt should be a constant question asking. White belt is the time to be curious about everything and anything. There are no stupid questions when you are a beginner and you should not shy away from asking them.

First and foremost, instructors are not divine creatures that you can’t approach. Quite the opposite, they should be the person you talk to most during class. Never be unsure about asking your instructor anything about BJJ. They are there for that very reason, to try and make things clear for you. The best way to gather knowledge is to inquire about things that you do not completely comprehend.

Apart from your instructors, higher-ranked belts are also there to clear up uncertainties. Ask your training partners every time you’re unsure about a move or technique.

4. Everyone Is A Good Partner

Whether it is rolling, drilling, or just learning new moves, as a white belt, you cannot be picky about who you train with. It is simple, everyone is a good fit regardless of belt level.

The more people you work with, the more experience you will gain. The aim should be to work with as many different kinds of people as possible. Both heavier and lighter partners, members of the opposite sex, beginners and advanced students, no one is out of bounds. This kind of diversity will teach you how to act in as many different situations as possible and help you grow much faster.

Not every move works the same for everyone. Higher belts are more experienced and will see you coming from a mile away. If you’re not a lanky person, your triangle won’t work on that broad-shouldered giant with the blue belt. And, despite being heavier, you won’t even know where that brown belt girl is when she kicks your ass. So, gather as much experience as you can, because it will be the foundation to build your own game later on.

5. Do Not Underestimate The Warm Up

The warm-up is by far the most despised part of BJJ class. People do all sorts of things just to get around those boring 20 minutes or so. Well, guess what? It is the wrong thing to do and that holds true in particular for white belts.

It is needless to say that during up to class late just to skip warming up is unacceptable. It is disrespectful towards your instructor, the academy, and your training partners. Slacking your way through the warm-up is even worse! Does it really take that much to really engage? After all, you’re already there.

Apart from getting you ready for the upcoming training session and preventing injuries, they have an even more important role. In BJJ, warm-ups often consist of movements specific to the art. As a white belt, your focus should be mostly on mastering the basic movement patterns of BJJ. So, you need to take warming up seriously in order to have any hope of advancing in the art. You’re doing the work for you, not your instructors so buckle up and show some enthusiasm!

6. There’s Nothing Scary About The Higher Belts

Despite all the memes suggesting that white belts are only food and the higher belts are hungry, circling sharks, this is not the case. Well, no completely. The fact that you’re at the bottom of the food chain shouldn’t be a reason to avoid more advanced students.

Rolling with your peers or people near your level is a recipe for disaster when you are a white belt. Despite being extremely humbling and uncomfortable, you need the experience from those rolls. It is the best way to learn what not to do, which is kind of the point of a white belt. Later on, you’ll be the one inflicting the discomfort, but that comes only after being on the receiving end.

Moreover, when it is time for drills, it is wiser to look for a more experienced partner. That way you’ll get a partner who knows what they’re doing, as well as someone to consult during the drills. Again, do not hesitate to ask higher-ranked partners anything. They all went through what you’re going through and are generally more than willing to help out. 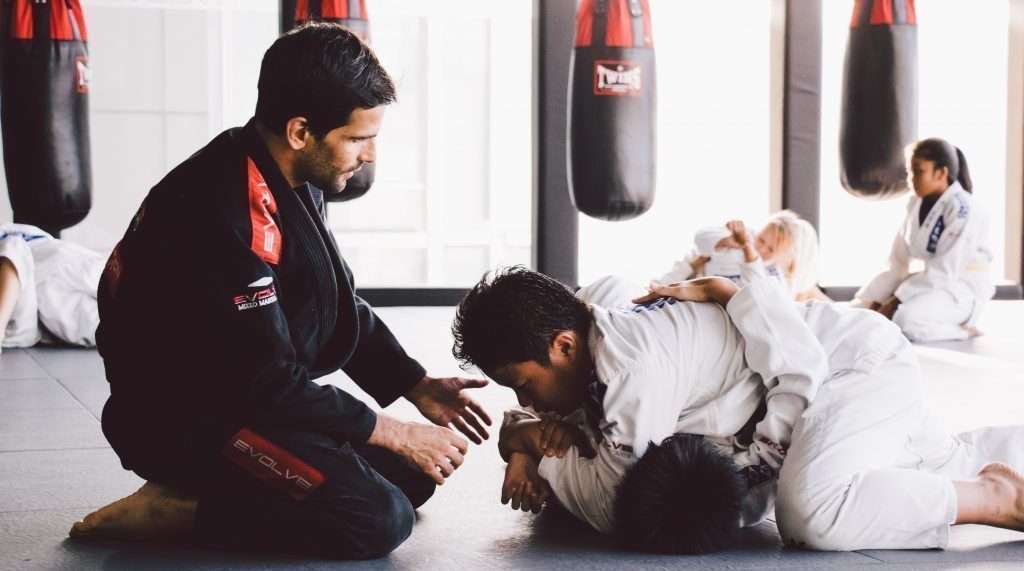 To end with, nothing is going to help you learn BJJ as fast as consistency. There’s no better advice than to just keep showing up for class. Get as many hours under your belt as you can, and it’ll start changing colors in no time.

That said, there’s no need for A white belt to pull off double sessions in a day. Make sure you train at least 4 times a week, and that your time in classes is spent wisely. Ask lots of questions, be mindful when drilling, and be on time to warm up. Al those confusing names of the moves and elusive details will become much clearer if you are consistent with your training. Don’t believe me? Give it a go and see for yourself!

Buggy Choke Invented by White Belt and Executed in MMA