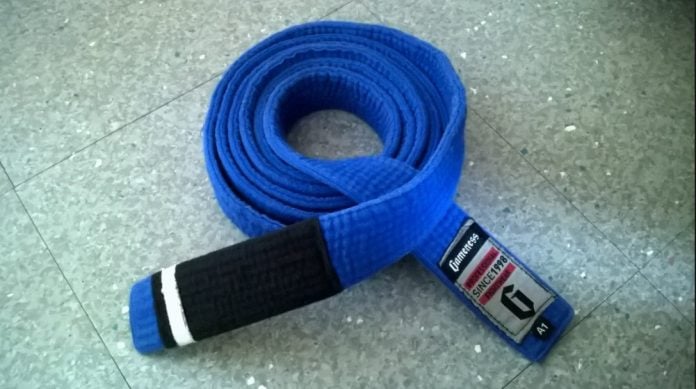 As time goes by, rank in Brazilian Jiu-Jitsu gets less and less important. Do not get me wrong, a brown belt still looks to get to black belt and beyond. But at that level, belting up is not the primary focus. Getting from white to blue belt, on the other hand, is a whole different situation. The blue belt is arguably even more desirable to the average practitioner than the black belt is. The reason is simple – nobody wants to be a white belt. At anything!

When people get that life-changing promotion and wrap up the blue around their waist, they feel invincible. What people usually misunderstand is that they’re not quite the expert that they think they are. It takes an average of 18 months to get to blue belt, whereas a black belt takes in excess of 10 years. So, no, you’re not an expert just yet. Even more so, you’re still dragging along bad habits from your white belt days. In order to settle at blue, these mistakes have to be eradicated.

In accordance with the misguided notion of high-level expertise is their often witnessed stubbornness during rolling. Reality check – even black belts tap in training. So, acting as you are invincible is definitely above your level. One thing is certain to happen if you act a though no one can submit you. You’re going to see the tunnel with light moving away from you and wake up to class-wide laughter. Or, even worse, you’re going to get a serious limb injury. In short, stop resisting well-placed submissions and accept the outcome. You’ll only learn from the experience.

There are also justified situations where you’ll get caught before having the chance to tap. A quick sub from a higher belt or a perfectly guessed one from a white belt, someone is going to get you. These situations are different and they are going to happen. It is the ones that you cause that are not suitable for the level of blue belt.

Remember that tapping out is also a defensive option. When a counter doesn’t work, and an escape is blocked, tapping out is surely going to work. It is better than having your arm in a sling for 6 weeks no matter how you look at it. 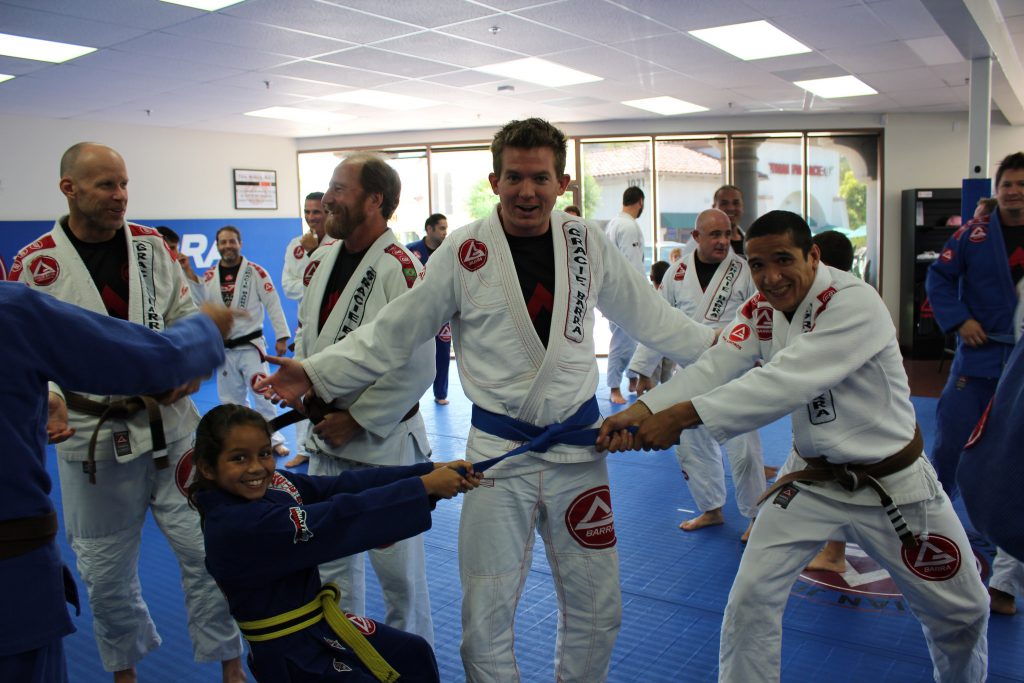 Although no one expects blue belts to be efficient in movement as brown belts are, there are still certain standards. Namely, jerking your way in or out of a position or pulling on submission like it’s a tug-of-war world final is a white belt trait. Even white belts are reminded to correct such behavior as they gain experience.

Relying on muscular power to achieve a goal in BJJ is a sign of inexperience. And having a blue belt does count as experience, right? So, start acting your rank and focus on improvement rather than the bad old habit. It won’t work against higher belts more than it did when you were a white belt.

Blue belt is the perfect time to let go of the habit of strength being your go-to concept. Instead, it is the period of your journey when you should focus on getting to know the principles of control and leverage. After all, it’s going to be a while before your next promotion, so you might as well make the most out of it.

Similarly to using strength, “spazzing” is another characteristic of white belts. As such, it should stay at white belt. Uncontrollable movement during rolling is a hard thing to deal with for every belt level. If you are the blue belt that is unpredictable and going berserk every time you roll, very soon you won’t have anyone willing to roll with you. Stop being stiff and tense. After all, you’re not a white belt anymore, right? So learn to relax and reduce the accidental elbows, knees and awkward falls to a minimum.

In truth, spazzing is an expected phase during the white belt. It is one that most of the students go through and it is perfectly normal. Spazzing is a sign of a lack of more precise technical knowledge, which is understandable at white belt. Maturity should come with experience, and spazzing should fade away as you learn more about the art.

Here’s one to confuse the s#*% out of you. We already covered that you should tap early and often now that you’re more advanced. Well, you have to find a balance to it too. A blue belt has to know when to tap and when to keep going. It is not uncommon to see a white belt surrender because of pressure. This, however, is unacceptable at blue belt.

Since you’re not new to BJJ you know that “the gentle art” is all about discomfort. Actually, at blue, you need to have a level of comfort in uncomfortable positions. By the same token, you can’t allow yourself to tap to pressure or discomfort. Yes, there are heavier opponents. Yes, you’ll get tired while rolling. And yes, higher belts tend to have brutal cross-face pressure. You know what? None of these are justifiable reasons to tap. Suck it up and learn to be comfortable in discomfort. It’s only going to get tougher along the way.

As previously mentioned it takes about a year and a half to get the beginner label off of you. By then, there’s no way that you do not understand the basic concept of BJJ. You are going to tangle up with people in all sorts of positions. There will be sweat, close contact, and awkward positions. It is the nature of the sport.

In truth, nobody that’s been training for longer than a month should be surprised at this. North-south is a very good attacking position that shouldn’t make you uncomfortable. People are going to touch your body, there’s no way around that. You’re going to roll with members of the opposite sex. There’s nothing sexual about it, as you might know after being tapped 27 times in 5 minutes by that 115-pound girl with a purple belt.

Blue belts need to be comfortable with all of this. Actually, this shouldn’t even be brought up as a subject from blue belts and higher ranked students. Otherwise, you might be in the wrong sport. 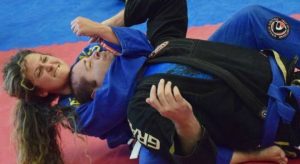 Finally, a word or two on BJJ etiquette. Everyone that steps on the mats should respect the academy’s code of conduct. Even if one is not written, each school has them. Blue belts are actually examples for the beginners, as they can relate more closely to them as opposed to brown belts. As such, it is the duty of the blue belt to be mindful and act accordingly.

In essence, do not be late unless in exceptional situations. Be respectful during class and do what you’re told. Keep a clean Gi, wear a rashguard underneath and keep track of basic personal hygiene. There is no scenario in which shoes on the mat are justified. You should know this by know.

The mental attitude of a blue belt is different from a white belt. Justify the belt that you’re wearing and act appropriately. After all, you also were a white belt not that long ago and looked up to blue belts. The belt doesn’t just raise your rank. It also raises your responsibilities within the academy.