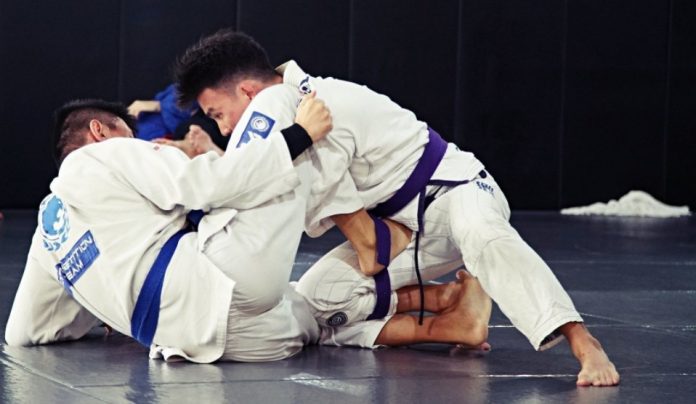 As we all know, Brazilian Jiu-Jitsu has a belt system in place to designate the rank of students. It ranges from white to black for adults, while juveniles and kids have a few more belts to go through. All in all, it takes about ten years to truly earn a black belt in BJJ. You could even attempt to go further and get a Coral belt and Red belt. Despite this clear ranking system, it is not that uncommon to see a lower ranked belt submit a higher belt in BJJ. Granted, doesn’t happen every day, but every now and again, even a black belt is going to tap to a lower ranked student. Is this such a big deal?

Well, to start with, it is never a big deal to tap into a properly executed submission, regardless of belt level. It doesn’t matter if you made a mistake, just got caught or you gave it away. Furthermore, the belt system is not a very precise way of defining a student’s abilities. The length of time it takes to get through all the belts certainly has lots to do with it. A student can be a purple belt with 4 and with 6 or 7 years of training. This is the time most people get a real grasp on BJJ so a more seasoned one is definitely going to catch brown belts from time to time. And, in some occasions, even black belts. 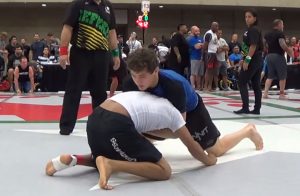 The belt around a student’s waist is not always a correct gauge of their abilities. The example with the purple belt above is just one specific to BJJ. There are, however, other examples of people wearing a white belt who have had success rolling against a higher belt in BJJ.

Not all people that enroll in BJJ are complete grappling martial arts novices. Some come with strong wrestling, judo, sambo or combined backgrounds. For example, it is not unheard of a wrestler dominating at a BJJ tournament without any previous experience in the art. Now, when you top level wrestlers or Judokas on the mats, you can expect taps even as high as brown and black belts. Years of experience in grappling martial arts are years of experience and despite an imaginary judoka getting tapped a dozen times in a roll, they still might get the advanced BJJ student a couple of times. It is as legit as it gets.

Even people that come from non-grappling martial arts might “get lucky” and get a tap. Karate or Muay Thai folks are pretty sturdy, wiry and often flexible fighters. Despite lack of knowledge on the ground, they do end up being successful, albeit more rarely than grapplers.

For starters, black belts often work on a very specific part of their game. So, if they’re in a phase of defending guillotine, they’ll give away the position in order to experiment from there. It is only normal that some of those attempts will fail miserably and they’ll tap. Even if they’re caught legitimately, a lot of it has to do with being in the position in the first place. Try setting up a guillotine on a resisting black belt and you’ll be in for a rude awakening.

Another big aspect is technical style. You often hear of NO-Gi oriented people with a blue belt tapping out seasoned black belts. One reason behind this is the technical gap between the two. Don’t get me wrong, it works the other way around too. A No-Gi black belt is going to get taken for a ride by a lapel manipulating specialist. In truth, Gi competitors were in for a surprise via heel hooks, not so long ago, when Danaher’s system hit the scene.

On a different note, one not specific to black belts only, there are a few more factors to take into account. BJJ is a brutal art and most of the people that have a brown belt or above have already been through the proverbial grinder. Bad knees, herniated disks, and shoulder popping out are huge limiting factors. So much so, that they lead to taps regardless of who’s applying the pressure.

Age is another big one. The 23-year-old white belt stud is going to get a few over the 35-year-old purple belt. Having a 250 lbs deadlift also helps, which brings us to the next factor – athleticism. Oh, and having a 100 lbs more will do the trick as well. 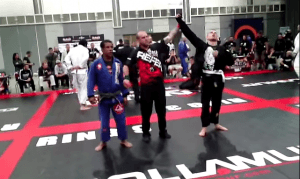 In conclusion, even a higher belt in BJJ taps and they have always done so. It is not unheard of, it is just a part of the art. No, tapping out to a white belt is nothing to be ashamed of. It is a learning tool just like everything else in BJJ. So, all you advanced students losing sleep over getting tapped by the new guy, suck it up. It’ll happen again, so you better not sulk over it. And all you new guys that think you’re now ready for the UFC, ask yourself this – how many times did you get caught in the round when you tapped out a higher belt?