If there’s one muscle group that requires dedicated training among grapplers, it is the core. However, core training extends to much more than just doing crunches and sit-ups. while the abs are a part of the core, they do not represent the entire core. Moreover, training the core, particularly for the rigors of Jиu-Jitsu requires a specialized approach. Once again the key is in keeping things simple and effective. To that extent, people usually get it pretty much alright when it comes to dynamic core training. However, static BJJ Core training which is arguably much more important is hugely undertrained.

Let’s use an example straight out of the modern JIu-Jitsu toolbox.you’re in the single-leg X-guard, trying your best to get the opponent down so that you can use a leg lock. Do you feel in control when you’re in the single-leg X, or can the opponent peel your legs and shrug you off with ease? Iф you can hold and attack the position without budging, and feel like an anchor on your opponent’s leg, your static core strength is solid. However, if you can’t achieve this, which most people can’t, you need some dedicated static BJJ core training to get you up to speed. Luckily for you, it won’t take too much time to develop.

Before we go on to explore BJJ core training, both static and dynamic, let’s look at what the core is. The muscles that make up the core are actually many. All of your ab muscles feature heavily, as expected. On top of them, the hip muscles, hamstrings, internal pelvic muscles, things, lower back muscles and shoulders all contribute to the core. That translates to a bunch of upper and lower body muscles working in unison. AS you can see, the core is a complex group of muscles that serve a specific goal – stabilization.

Yeah, The main goal of the core is actually to stabilize the body. While standing, we’re pretty much doing it without having to think much about it. Supine though, particularly in different Brazilian Jiu-JItsu positions, it is not that simple. The core has to work, and you do not get the most out of it unless you’ре working every muscle that’s a part of the core. Moreover, stabilization means the ability to hold things in place, which translates to static muscle work. 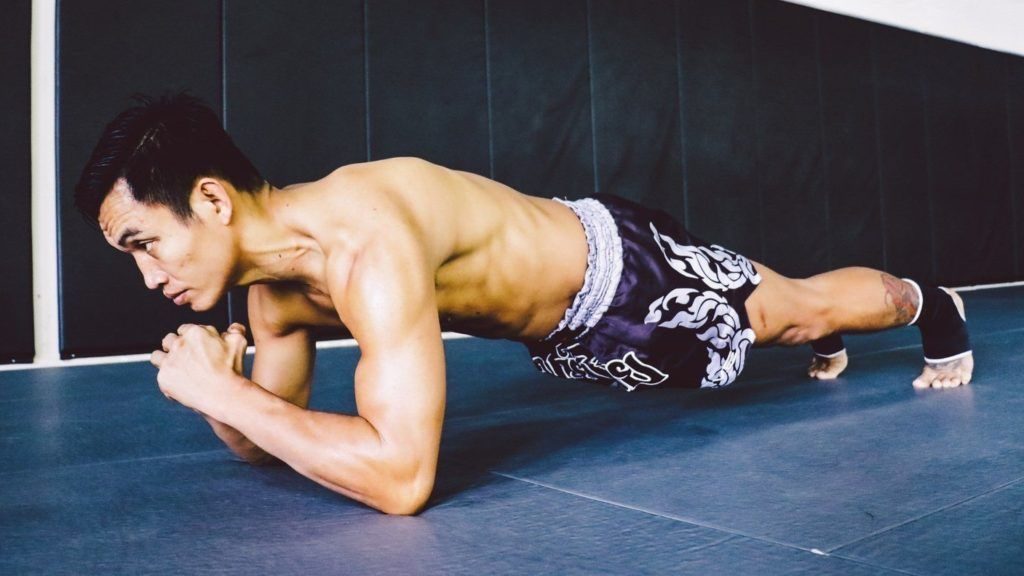 The best way to explain static core training is the plank position. If you’ve ever done a plank, which I suspect you have, you know how deceitfully hard they are. Your abs might feel on fire but you’ll feel pretty much every muscle of the core. Plus, they all work to keep you in the position, which is a great example of static work. For BJJ core training, static exercises like the plank should be a staple. In fact, if you have no time to train other aspects of strength and conditioning, train the core. Moreover, start training in a static way and you’ll see your Jiu-Jitsu improve exponentially.

While the advice above will do the trick if you’re pressed for time, it’s far from the best option. IN fact, you’ll need both static and dynamic work, not to mention mobility work to develop a  core fit for grappling. Dynamic core training means you’re actually doing reps of something. This is the way most people train anyway. The only trick is actually involving the entire core as opposed to only the abs. A good example is reps with the ab wheel or doing inchworms.

Static training, on the other hand, is done for time. Once again, think about the plank. You get in a top pushup position, only place your elbows on the ground rather than just your palms. Holding the position requires immense coordination and stabilization. In turn, it provides you with the static strength to hold certain positions for longer without getting tired. However, you need to remember that static power only translates to the specific position (and a bit more in each direction) that you’re training. That means static BJJ core training needs to be versatile and include al to more than just planks.

As with anything else, the key is in figuring out the proper balance between static and dynamic. In BJJ, you need both. However, you need static core strength and the power to stabilize a lot more than you need to crunch. That means training dynamically too, but giving priority (and the bulk of your core training time) to static core training.

Let’s get straight into the meat and potatoes of static BJJ cores training. Since you need to hold a bunch of different positions in Jiu-Jitsu, core training needs to reflect that as well. That means working with a bunch of different exercises and different schemes. The main goal, in short, is increased muscle endurance of the core.

The workout we outline here has elements borrowed from different training disciplines. From gymnastics to strongman, we found a way to involve the core in ways that perfectly mimic grappling. Tot hat extent, the following six exercises form the ultimate BJJ core training routine when it comes to static strength. 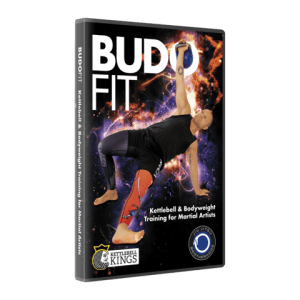 BudoFit is a Jiu-Jitsu specific conditioning instructional covering a lot of mobility and stability hacks for grapplers. The man behind it is Roger Gracie black belt Nic Gregoriades. The instructional contains both bodyweight and kettlebell workouts that’ll elevate your performance to the next level.

Make sure you do all the exercises in order. For the best results, go for straight sets, looking to achieve maximal hold times. If they seem too easy, give them a try and you’ll quickly reconsider. Even then, if you have crazy core strength, there are harder variations of each. The goal with the first five exercises is to amount a holding time of 1 minute, and be able to repat it for five sets. Then, you move on to the next. For the final exercise, you can go for time or length. Once again, the total number of sets is going to be 5.

We start off simple. Lay on your back, extend your arms over your head and your legs as far as you can. Then crunch up, holding the top position for the prescribed amount of time. This deceitfully hard exercise is a staple of gymnastic core training and is perfect for grapplers.

The arch body hold is the direct opposite of the hollow body hold. Here, you lie on your stomach, with arms and legs extended once again. The goal is to do a “superman” by lifting your arms and legs off the ground and arching your spine as much as you can. Once again, hold for 60 sec and repeat a total of 5 rounds.

Another gymnastics staple, the L-sit is wonderful for BJJ core training. With this exercise, you have a lot of variety available. You can do it on two kettlebells, on parallettes, on rings, or on the ground. Keep in mind, doing it on the floor is really hard.

This exercise introduces a bit of grip work to the mix. Static core and grip strength? You can see how it’ll directly transfer to your Jiu-Jitsu performance. Simply grab a bar and hang from it, keeping your legs straight and bent at a 90-degree angle in relation to your upper body. Hold for the prescribed time and sets.

We already covered the plank in our examples before. Still, it is a great way of not only introducing static work but also doing some dynamic movements at the same time. If you can do 5 sets of 60-second hold,s try either wearing a weighted vest/backpack or introduce dynamic movements from the plank position.

A huge reason why strongmen have such crazy core strength is farmer walks. Granted they do them with crazy objects and insane weights. For grapplers, dumbbells and kettlebells will do the trick. Make sure you’re not carrying less that at least half your bodyweight though. IF you can carry half your body weight in each arm, you’re golden. Go for a minute, or try to cover as much distance as you can before your grips give in.

Bjj core training is not hard. You just need to understand that crunches won’t help you perform, nor get you ripped abs. Static core training, on the other hand, will. The sample routine above is just a sample, If you can get through it no questions asked, you are a beast. However, for the majority of grapplers out there, this is going to be challenging but well worth it in the end!

Jacare Souza Retires: ‘I hope you will remember me as someone who never gave up’