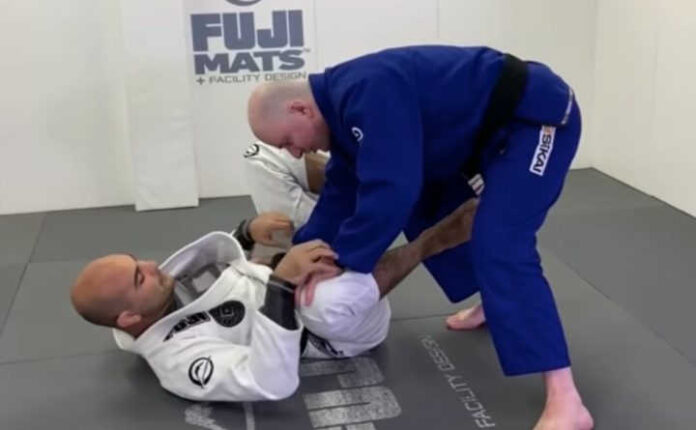 Jiu-Jitsu guard, the quintessential BJJ position. It’s one that offers the most variations and positions favored by grapplers of all levels. It’s the experimental laboratory of every purple belt out there. The guard is the spot where grapplers tend to display much of their creativity. To that extent, none are more dedicated to the Jiu-Jitsu guard than purple belts. The purple belt is when people really polish their guard game and choose the direction in which they’re going to “specialize”. But how should the purple belt approach their guard game development? Let’s see the main aspect a purple belt should focus on when looking to find their best guard variation.

In Brazilian Jiu-Jitsu, the purple belt is the time of experimentation. It is the period of BJJ evolution in which grapplers look into the offensive aspects of Jiu-jitsu. to that extent, they tend to look at fighting off their back, to begin with, much like white belts do with the closed guard. The difference now is that purple belts look at any and all guard variations in an attempt to find the best fit. The guard can be a very dangerous position to fight against, and purple belts excel at using it to dominate. It is not uncommon for purple belts to have Jiu-Jitsu guard game that takes even brown and black belts by surprise.

However, it is very easy to get lost in the maze of guard variations in BJJ. Especially when, as a purple belt, you’re not quite the finished product yet. While experimentation is encouraged, jumping from guard to guard trying to master them all is a futile endeavor. Instead, there is a smart way to approach the guard game with the experience of a purple belt. All it takes is to follow a few common principles to give you a solid direction. When you have that you can try whatever guard you like, and you’ll be successful with it! 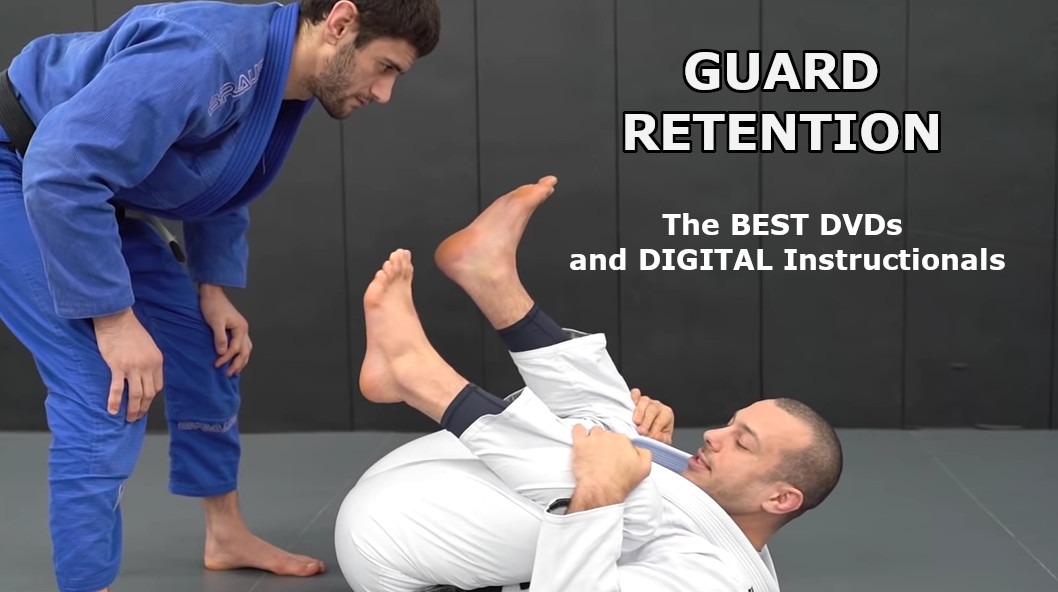 The Guard as a position in BJJ is what originally captivated the martial arts world. As countless times before, I’ll refer to that legendary first UFC event. The skinny, Gi-clad Royce Gracie got into closed guard and everyone thought he was a goner. After all, until that point, ending up on your back in martial arts meant certain defeat. Enter Royce and his submission game and everyone got a massive surprise!

From there on, Brazilian Jiu-Jitsu gained worldwide popularity, MMA kicked off as a sport and the Jiu-Jitsu guard started its relentless evolution. When I’m referring to guards, for the purpose of today’s article, I mean all kinds of guards. This means the closed guard, the half guard, the open guard, and anything in between. The only defining variable is being on your back.

The sheer volume of possible variations and sub-variations means that one can ever truly master the JIu-Jitsu guard game entirely. This, however, doesn’t stop purple belts from giving it their best try. After all the guard offers security, it has a mechanical advantage over someone fighting against gravity and has countless attacking options. These are all markers of an offensive Jiu-Jitsu game, which is the purple belts’ area of operation.

As such, approaching the guard shouldn’t be done with a white belt mentality. Instead,  the goal is constant personal evolution along with the identification of the best positions to suit a grappler’s style, body type, etc. In those terms, there are a few basic principles that purple belts need to pay attention to.

The one thing that purple belts need to remember when working off the back is to address movement. This, however, doesn’t just mean moving on their own. Of course, the deliberate and precise movement is key to the success of any BJJ technique. More about that further along in the article. For now, the first thing to be aware of is constant movement and adjustment off the back. Secondly, and equally as important, you have to prevent and control the movement of your opponent.

In terms of the first point, you need to remember that you need to have an active guard game if you have any hope of being offensive from the bottom. This means you need to take initiative and never let your opponent settle into your guard. Constantly being on the move is a great way to accomplish this. Furthermore, it prevents your opponent from easily pinning you. it also opens up better angles and more attacking opportunities than staying in place.

IN terms of controlling your opponent’s movement, there’s one huge aspect you must master from the guard. That is the art of grip fighting. In both Gi and No-Gi, you need to have superior grips in order to prevent movement and apply your game. Remember that you need to prevent motion as well as constantly moving for a solid guard game, regardless of guard variation.

This is, arguably, the most crucial aspect of the Jiu-Jitsu guard game for a purple belt. Once again, white and blue belt strategies that focus on strength and power are largely useless at this level. Instead, everything you do needs to be with a clear intention. There should be absolutely no waste of energy in order to maintain attacking pressure for a long time.

To that extent, the best thing to remember is that not every guard is suitable for every situation. For example, there’s no point in playing spider guard if your opponent is too far back where you have no leverage. The stubborn pursuit of one aspect of the guard game is sure to backfire on you. Her, safety first concept should be the focal point. The opponent’s goal is to break the structure of your guard and use their weight against you.

So per our example, when the opponent backs away from your spider guard, look to transition into the seated guard or a De la Riva variation. This is going to make your opponent work from the beginning of during which time you can time an attack. Correct timing is another huge aspect of attacking off your back. Remember to keep your opponent guessing until the one precise moment in which they’re powerless to stop your movement. This is what separates the advanced guard game from that of a beginner.

Finally, a word or two on submissions. After all, tapping someone out from your back is the ultimate BJJ manner of finishing a match or a roll. In that sense, you need to look at what I wrote above, in terms of timing and precise application. Not all submissions work from all guards and in all situations. There’s also the subject of chaining submissions together.

When you look to apply a submission you need to know if that move is actually applicable from a given guard. Let’s use the spider guard again. When in spider guard, you’re not likely to be able to go for a Kimura with any success. Instead, a triangle or an armbar are your best options. Even then, you need to know when your opponent is close to getting out. There’s no point hanging on if a submission isn’t working as it is supposed to. This is where chaining comes in.

From the aforementioned triangle from the spider guard, you can look at a few follow-up options. For example, you can transition into a straight armbar or an Omoplata. You can even look to set up an Ashi Garami variation and surprise the opponent completely. Whatever you choose to do, remember the principles mentioned above. Keep moving and use the grips you have to adjust and time your transitions. that way nobody will be able to resist your guard game, regardless of which guard you play.