Kosen Judo is a Variation of the Kodokan Judo competitive release that was developed by Kyoto Senman Gakko in the first half of the 20th century. It’s now mostly known as Judo Ne-waza. Ne-waza means “ground techniques” and it takes place in competitive Judo today.
Kosen Judo today is not popular, but it’s not “dead also. Kosen Judo is regaining its popularity mostly because of Brazilian Jiu Jitsu and the way that ground fighting is promoted today, as a super effective way of fighting and self defense. The sport, rules of Kosen Judo are similar with Brazilian Jiu Jitsu rules so today we can usually hear old school Judokas talking how Brazilian Jiu Jitsu is nothing more than Kosen Judo was at its best days.

We can’t really agree on that as BJJ today have much more practitioners than Kosen Judo ever had. So, with having more practitioners, more tournaments and being much more popular overall, BJJ are evolving very fast. There are new techniques popping out almost every day and it looks like it will never stop.

The only thing that BJJ practitioners can’t deny is that some “modern” techniques that are used in todays BJJ were very well known before almost a century. We just can’t say that some guards like De La Riva Guard or spider guard are BJJ specific moves. Even the names of techniques like “De La Riva guard” is suggesting that it’s BJJ specific guard because it’s named by Ricardo De La Riva who brought it to attention to the world around early 90’s.

We can be sure that, for example, De La Riva guard today, is probably much more versatile than it was ever before, but the base of most techniques today lies in the past.

In a video below, we can see a Kosen Judo tournament from 1952 where we can see many popular guards like Spider Guard, de La Riva Guard, Z guard etc. 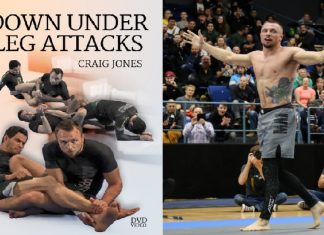 0
Hi folks, I'm David Bista, BJJ Brown Belt, and as I mentioned in some comment that I have Craig Jones DVD I was asked...