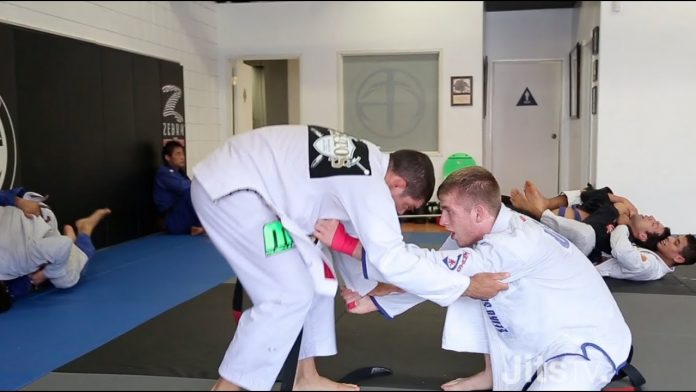 One of the biggest upsets that happened at this year’s IBJJF World Championship actually took place before the event itself. Not long before the Mundials, one of the top prospects in at black belt, Keenan Cornelius left the team he has been associated with since we first heard of him. Moreover, that is not just any team, but Andrea Galavao’s Atos, a real factory of high-level competitive grappling talent. The Keenan Cornelius Atos bust up brought about a real storm in the grappling community, raising a whole host of questions. Today, we’ll try to get to the bottom of things.

Now that the dust has settled a little bit, we can start looking into that highly popular Keenan Cornelius Atos break up. It certainly cost both parties a lot, as they were a match made in heaven. Keenan is one of the fiercest BJJ cmpet9itors of today, while Atos provides the arguably best training environment. With the likes of Galvao, the Mendes brothers and a host of other talents, there’s never an easy day on the mats in there.s Well, ti seems Keenan has had enough as he ended up without a team or affiliation just before the largest Brazilian Jiu-Jitsu tournament of 2019! What happened?

Contents hide
The Atos BJJ Competition Team
Keenan Cornelius Atos Break Up
What Really Happened?
What Comes Next?
In Summary

The Atos Brazilian Jiu-Jitsu Academy is one of the best in the world without a doubt. It is a great academy, probably best known as a breeding ground for world champions, both in the Gi and without it. The academy was established in 2008 by Ramon Lemos and Andre Galvao, with its first headquarters in Sao Paolo. Fast forward ten years and the HQ is now in sunny California, and the academy is doing better than ever. Well, apart from the whole Keenan Cornelius Atos Break up fiasco.

Initially, the Atos competition team was a lightweight one, apart from Galvao himself. The name derives from the Portuguese “atos” meaning the “book of acts.” The academy is responsible for some of the greatest talents in Jiu-Jitsu. Gui and Rafa Mendes are a couple of legends that spent a lot fo their development at Atos. In terms of technical progress, a lot of innovation on positions like the leg drag and the 50/50 guard comes from right there. Another huge aspect of Jiu-Jitsu that’s related to Atos are lapel guards, particularly innovative stuff like the Worm Guard, which is actually Keenan’s “baby”.

The Atos Jiu-Jitsu Academy got 5 black belts to the podium at their very first outing as a competitive team. Plenty of high-level grapplers still train at Atos to this day, soma as part of the team, while other visiting. So far, the team never had any controversy (apart form pioneering the use of the 50/50 guard but that’s a subject for another time). Well, it seems that the golden days of Atos are no more. the questions are whether Keenan was right to go, and will others follow?

The Jiu-Jitsu community never really expected anything like this to come out of the Atos HQ. Of course, nobody knows what takes place behind closed doors, until something like this happens. When Cornelius left Atos, the community immediately began spinning theories as to what happened. 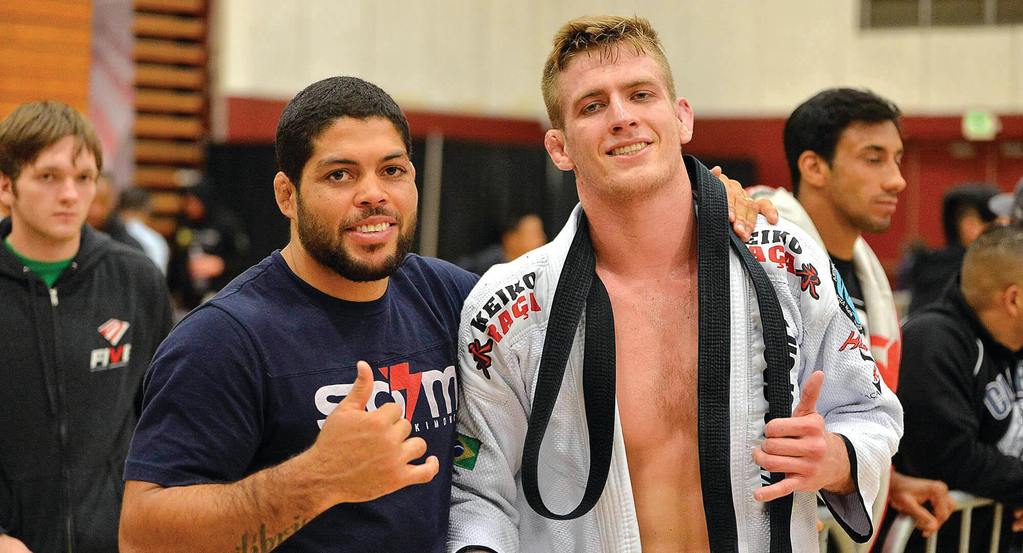 The thing with both Keenan Cornelius and Andre Galvao is that they’re both nice guys of BJJ, they do not trash talk, they are respectful and they have unique grappling styles. Galvao is of the old-school breed of technical fighters. However, what sets him aside is this openness towards modern BJJ techniques. Keenan, on the other hand, is a real wizard when it comes to innovation, particularly ibn Gi Jiu-Jitsu. As far as everyone can see, these two are a match made in heaven. Galva was the man to present Keenan with his black belt in 2013

In terms of the Keenan Cornelius Atos fall out, nobody really knew what to think. Keenan did leave his previous team (Loyd Irvin) as well. However, that was as part of a mass exodus following a sexual molestation affair. In terms of the Atos bust-up, there were many theories. Some even went as far as saying Keenan is uncomfortable with all the closeouts that often happen with Atos. Of course, it makes no sense but there was nothing but speculation until now.

The fact of the matter is that Andre Galvao actually asked Keenan to leave the team, and not vice versa. There were plenty of reasons behind this. Still, as Keenan himself says, it was mainly down to differences in character between him and Galvao.

A short time before the Keenan Cornelius Atos split, a story broke out about Atos’ no-nonsense rule on tardiness. It turns our Keenan was not allowed to come into training because he did not show up on time. While this rule is pretty much a constant in BJJ, to competitors, and particularly high-level black belts often get by. Well, Atos took a stance and for Keenan, or Galvao, or both it was the last drop.

Keenan’s recent appearance in Josh Hinger’s podcast brought about some answers. As far as Galvao goes, his approach is more of the traditional teacher-student variety, one that Keen does not find particularly acceptable. Keenan has a more relaxed approach to things, particularly given his status in the BJJ community. Small personal disagreements of this sort quickly became bigger, eventually driving a rift between the two grapplers.

“There are many facets to this split,” Keenan said previously. “I was asked to leave.” 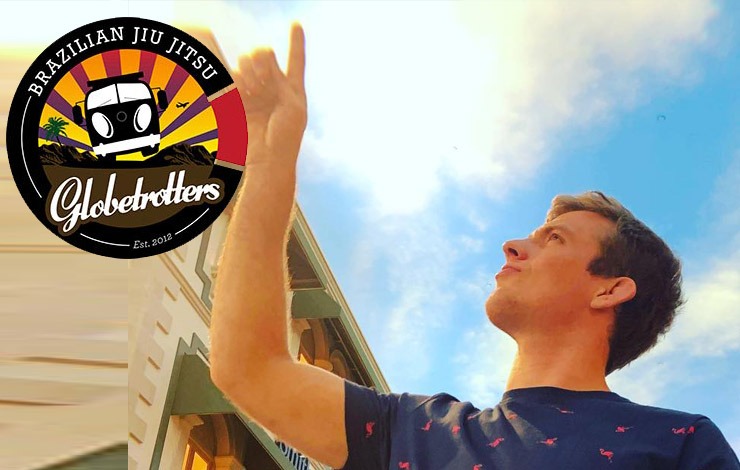 As far as the future goes, there are actually plenty of opportunities for Cornelius. At the 2019 IBJJF Mundials, he performed under the BJJ Globetrotters banner. As great as a team as they are, they don’t seem like his final destination, though. Keenan likes to train in competition dens, with as many of the highest level grapplers of today as possible. BJJ Globetrotters actually seem to laid back, even for Keenan’s taste. That leaves us with one of the4 most probable options.

One version of events is Keenan joining a top competition team. Gracie Barra or Checkmate are the forerunners here. However, just about any major grappling competition team, from Alliance to Ribeiro’s Jiu-Jitsu Academy, would be glad to have Keenan on board. However, there’s also a different option.

At this point in his career, Keenan is in a great position to actually start his own school. Currently working with the Ribeiro brothers, and with a record of 171 wins and 30 losses, Keenan can do just about anything he wants.

“I will open my own academy and try to unify the scattered Americans who don’t have a place represent their country,” said Keenan. “Of course everyone is invited but we are going to be wrestlers who do funky moves and we also don’t like it when people tell us what to do. My life got turned upside down but the overwhelming support I’ve seen and received really helped me see this in a positive light. Last thing, I’m opening up my style and brand to gyms who want to affiliate with me.”

With the ADCC in September fast approaching, Keenan is unlikely to start building an academy at the moment. Most likely, he’ll keep going with the Ribeiros or the BJJ Globetrotters, or both, until the ADCC ends. Then, he’ll most likely re-evaluate and probably start working towards his unified school idea. One thing is for sure though, the Keenan Cornelius Atos split surely points out that even the tightest knit teams in BJJ can still fall apart if personalities are too strong.

Worm Guard Pass – How To Smash The Most Annoying BJJ Guard

Andre Galvao’s Pro Tips on How to Learn BJJ Faster