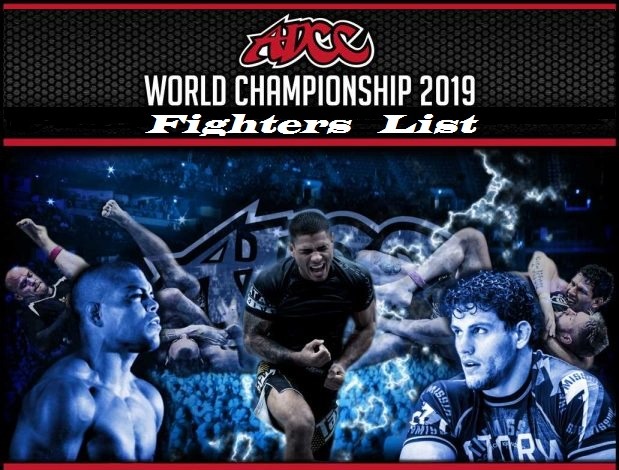 It is an ADCC year!!! I know that he ADCC happens every two years, but still, I can’t help but feel like it’s a lifetime! So far, we’ve seen nothing but the best of the best at the Olympics of grappling. Yet still, this year is going to surprise everyone, and in a positive sense! There has never been such a stacked ADCC event in history, and it’s barely half-full!!! While we wait for some of the most exciting, invitation-only names to drop, we do have an ADCC 2019 Fighters List which includes all trial winners so far. Just one look at this list will tell you how sick the 2019 ADCC is going to be! 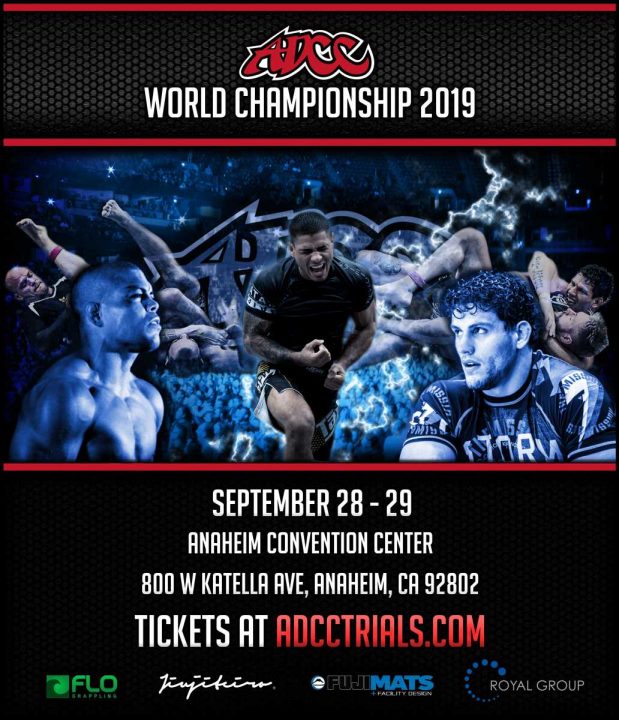 There’s hardly a more exciting grappling event in the world than Abu Dhabi Combat Club. All the Gi tournaments have no chance of living up to it, so they fall out of the running from the start. IBJJF World No-Gis brought some excitement, but far from what we’re used to from other events. Speaking of other events, EBI seems to be shifting more and more towards combat Jiu-Jitsu. While we have to admit it is entertaining, it’s a completely different animal. PLus, EBIs are rare and invite only.

The ADCC, on the other hand, is the perfect blend of professional and up and coming grapplers. People that won the trials get to measure their strength against seasoned veterans that get direct invites. Then there are super fights. And, of course, it is a two-day tournament featuring 16 fighters per division. That translates to lots of fights that’ll keep us entertained for a while! One look at the  ADCC 2019 Fighters List and you immediately know there’s going to be fireworks in California!!!

The way the ADCC works is by holding trials at every continent in the world. The winners of the trials get the chance to compete at the biggest grappling event in the world! Yet, even people who fail to win can get a chance, since those who really impress can get an invite. there’s the alternates list as well, so there might be some last minute mixups. However, the majority of the ADCC 2019 fighters list is now known, and here is what you can expect:

The focus here is on whoever Nicky gets, as a rematch with AJ is a no-go after he dropped out. I’m not sure I’m as excited about that prospect as I am to see a rematch between Nicky and Geo Martinez! Ethan is also a beast and there’s always the highly experienced current champion Cobrinha. Plus, you’ve got the always fun to watch Paulo Miyao. With just about half of the spots still open, this is going to be one of the best divisions to watch!

Once again, a badass champion heads this list. The list of invites is also a who-is-who of the division with Lucas Lepri, Oliver Taza, Renato Canuto, Vagner Rocha, Dillon Danis, and Edwin Najmi all confirmed. We’ll see what the 3 trial winners are going to bring to the table, along with the 7 other grapplers.

Here’s where things get interesting. Gordon Ryan gets an automatic invite by default, seeing how he won the division last time around. However, he is now much bigger and is moves up a division. Polish prodigy Adam Wardzinski is expected to put on a show, but legend Xhande Ribeiro and the unorthodox Keenan Cornelius might have something to say. Furthermore, Craig Jones is also in the mix and one of the favorites. With a division that has Murilo Santana and Kit Dale also featuring, though, we never know! Another ultra-stacked division!

Where do we start with this one? Yuri Simoes is the man to beat this year, and those lining up to do so include Vinny Magalhaes, Mahamed Aly, and Tim Sprigsgs to name a few. Four more spots are still to be announced, though, so you can expect more excitement! Gordon Ryan also confirmed his invitation for this division and potential matchups with the likes of Lovato Jr and Lucas Barbosa have us ecstatic from now!

The only invite that matters.

Boxing, MMA, Grappling, regardless of the combat sport, everyone loves to watch the heavyweights! Well, with 5 names out of 16, I’m already looking forward to this one. It’s not just any 5 names though, with Buchecha in the lead, and Cyborg not far behind. I’m also really stoked about seeing how far young Eldar “Yakuza” Rafigaev is going to get. Orlando Sanchez, Kaynan Duarte, and Jared Dopp are also confirmed to make things even more interesting. What a crazy division!

The ladies divisions at the ADCC feature 8 elite grapplers in total. In fact, so far half the competitors in the -60kg division are confirmed. The first is that of champion Bea Mesquita and the second is the North American Trials Winner: Jena Bishop. Bianca Basilio, which always puts on a show, especially against Mesquita, is also among those invited. Furthermore, 4 additional grapplers feature, but we can be certain we won’t see mainstay Mackenzie Dern this year after she recently announced her pregnancy. However, the woman that eliminated here last time around, Elvira Karppinen is ready to give it another go.

So far, not many women have managed to beat Gabi Garcia. the champion returns to defend her title once again, with two other well-known names in Amanda Leve and Jessica Da Silva confirmed as challengers. Anyhow, the division is yet to gain it’s final form, with 5 more competitors still not announced.

This year’s super-fight will once again feature Andre Galvao, who walked away champion last year. His challenger is the man who beat Gordon Ryan in the finals of the absolute last year, the always entertaining Felipe Pena. As if there weren’t enough fireworks in the divisions already!

So far, there are still a few more trials to go through, and quite a few more people to get and respond to invites. The 2nd ADCC European Trials take place on April 27 and will yield more names to throw into the mix. Watch this space as we’ll keep updating the list as competitors are confirmed!

So far, we know that the location of ADCC 2019 is going to be Los Angeles at the Anaheim Convention Center. To be more precise, the dates are September 28-29. A huge uncertainty thus far is whether or not Gordon Ryan is going to make it to the mats. Ryan just underwent surgery on his knee, and how his recovery goes is going to determine his presence at the ADCC.

One man we can confirm is not going to take part, at least this time around is Khabib Nurmagomedov. Despite Mo Jassim’s best efforts, it seems that the UFC champion is not interested to participate for now.

An Interview With Mo Jassim, The Man Behind The ADCC 2019