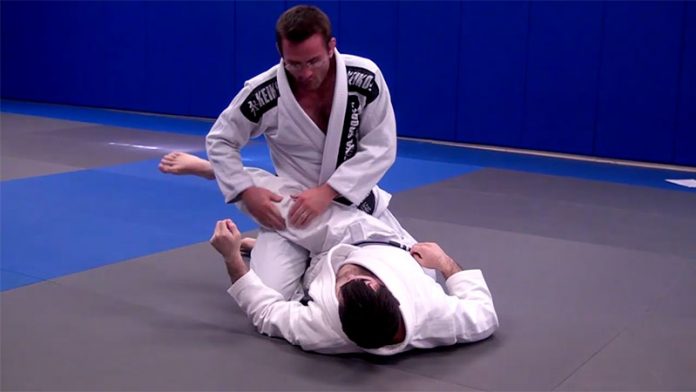 Everyone has their favorite BJJ guard pass. or, even better, most advanced people have a few of them to cycle through depending on their needs. Among all the guard passes in Jiu-Jitsu, there is a pass that is a proven high-percentage, high-reliability guard pass. That is the BJJ leg drag pass, a sequence that opens up directions to the mount, back, or side control, all done from a pinning position that has the bottom person only waiting for the inevitable.

The best part about the BJJ leg drag pass (from my standpoint) is that everyone can do it. You’re not limited by how strong someone is, how much experience they have, or, most importantly, how flexible their hips are. The leg drag involves several fundamental principles of Brazilian Jiu-JItsu that allow it to be extremely functional and highly applicable. Moreover, in both Gi and No-Gi, you can really on the same sequence. However, the one aspect of the leg drag that is the real “selling” point of the pass is the fact it works against just about any guard you’ll come up against in Jiu-Jitsu.

As with most things that are broadly applicable and highly effective in BJJ, the leg drag pass has several different variations. Before we get to explore them, and what each of them brings to the table, though, it is important to know why the BJJ leg drag pass works, and how it works. 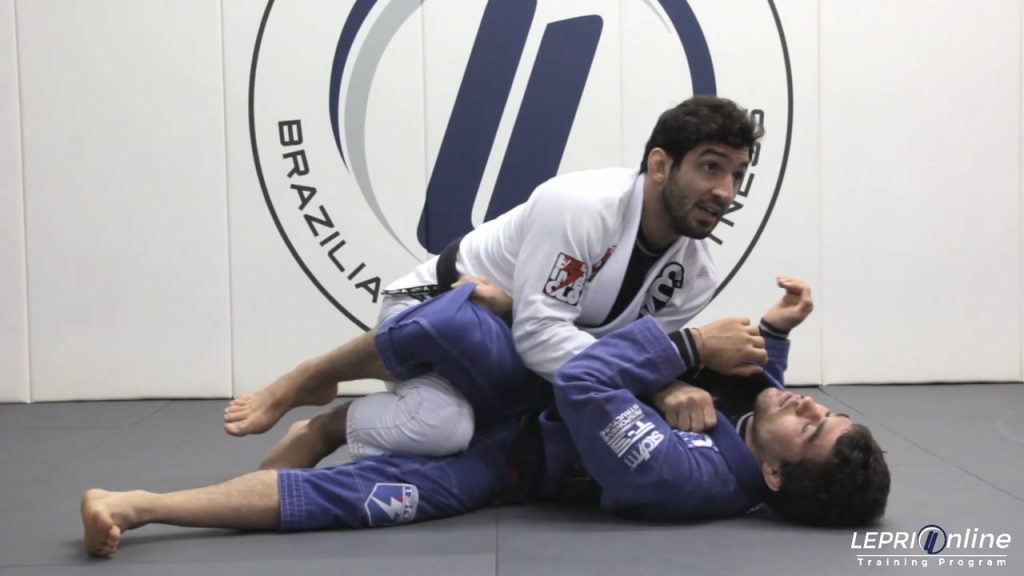 The key principle of the BJJ leg drag pass is that it allows you to point the knees and feet of an opponent away from you. This is one of the key aspects of getting past the legs in BJJ. Not many other guard passes can offer the same thing. Even better, the leg drag pass also provides you with a pressure component. Category-wise it is a tight pass that takes you around the legs. In that sense, it combines two categories that usually do not go together. Most passes that go around the legs, (X-pass, Torrenado, etc). are loose passes that are based on footwork. Pressure asses, on the other hand (over-under, knee slice, etc) usually take you through or under the legs.

Going around the legs is what allows you to point the knees and feet away from you, which translates to immense hip control. The pressure component of the leg drag pass means you can extend that control to the torso, conquering the all-important inside space and pinning the shoulders. Speaking of pinning, there’s also a staple-type pin on the bottom leg, which just piles more misery on the person getting passed. This unique combination of things allows you to stay in the BJJ leg drag pass position without actually passing. In other words, you get to torture people from an uncomfortable position, before you choose where to pass – them back, mount, or side control.

There are probably a lot more than just three variations of the BJJ leg drag pass. However, these three have been proven to work, and have been pioneered by elite level black belts that are famous for breezing past some of the most dangerous guards in the game.

The three variations we’ll analyze here are the Galvao leg drag pass, the Mendes leg drag pass, and the skip knee leg drag. They all use the same underlining principles of the leg drag (knees and feet to the side, pin on the hips and shoulders and pressure) but do so with slightly different mechanical settings. That just means there’s something out there for everyone, and that you can adjust the leg drag to your game by using one of these three variants. Are they the only ones at your disposal? now. However, as their names suggest, they’ve been developed by World Champions, and it just so happens that both Galvao and the Mendes brothers trained together under the Atos banner when they became famous for their leg drags.

The Galvao variation is the most pressure based of all three, which is understandable given Andre Galvao’s size and pressure-oriented game. Form the basic leg drag position, Galvao looks to staple the knee with his leg, getting the most out of the hip rewind position. Locking the leg also means you’re locking the opponent’s hips, leaving just the torso to control. The position usually has people lying slightly or completely on their side, which is important in setting up grips.

The arm that is in front of the opponent goes on the bottom lapel, grabbing fairly low (at the level of the collar bone). Then, you just look to touch the elbow of that arm to the knee of the same side leg, which is the leg stapling their leg to the ground. The other arm goes into an “underhook ” position, palm on the mats. Alternatively, you can use the “underhook” arm to gab the pants, and further control the hips.

The key moment that people usually don’t do with the leg drag and Galvao does, is pressing the knee of your free leg behind their butt so that it prevents them from turning to their back. This really changes how long you can stay in the position and torture an opponent. The actual passing is determined by who the opponent moves. If they’re still you go-to mount. If they try to roll towards turtle, you take the back. Finally, if they try to wiggle and place their back on the ground, you go to side control.

The Mendes leg drag is not very different to the Galvao variation. What Rafa and Gui did was modify the leg drag position because they’re lighter than Galvao, and they got pushed back with the top leg by stronger opponents. So, in order to kill that leg, the brothers extend the leg Galvao uses to staple. That pushes the bottom leg of the opponent, extending it completely in the process, and taking away all power in both legs.  The knee of the other leg goes to the mats, to provide balance. Grips remain the same, but the position provides a lot more pinning than direct pressure on top of your opponent. Especially useful for using the BJJ leg drag pass against larger opponents. Given the leg position, back takes and side control are the options when passing with this setup.

This is basically a variation in which you’re going directly to an advanced checkpoint in the BJJ leg drag pass. Instead of using the near side leg to staple, or push the bottom leg, you’ll use the other leg. the knee that is propping the opponent’s butt, or is on the ground, now goes in between both legs, as you staple the bottom leg. Your top leg will then skip over the opponent’s free leg.

The grips stay the same, a low lapel grip and an underhook. Given that your weight is further forward with this variation, you’ll need to place your head on the mats, right next to the opponent’s head. Also, this variation places you nearly into the mount from the get-go,. Back takes are also a possibility, but side control is harder to get.

The BJJ leg drag pass is one of the most powerful weapons in our grappling arsenal. Using it more often will open up interesting opportunities in your top game. The best part is that you can actually use it as a top position from which you can control, pin, and torture opponents. You only pass when you feel like it, or you see an opportunity too good to pass by. Finally, the variations of the pas mean everyone can figure out one that works for them, or simply have all there as options. Let’s face it, if you can do all three, your passing is going to be unstoppable!