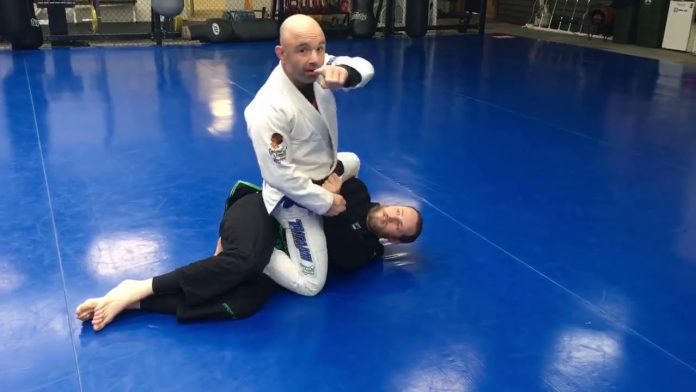 I have to admit that I really love the pesky side of Brazilian Jiu-Jitsu. You know what I’m talking about, those moves or positions that really irritate your training partners and opponents and make them do dumb stuff that you can later capitalize on. The only thing is, these positions do work the other way around as well. So, my irritation when caught in one of them used to go through the roof. Until I decided to try and reverse engineer how to get past them instead of being angry for getting lured in there in the first place. One such highly irritating position is the ¾ mount in BJJ, and I have the perfect recipe to take away all its power with a simple pass to full mount.

The ¾ mount is one of those positions that can make you really miserable. Mount is just within reach, all you have to do is free up a heel and you’re there, but it may as well be thousands of miles away. Positions like this are many in BJJ, and they all have a solution. However, you first need to accept the fact that sheer force or nervous fidgeting won’t get you where you want. On the contrary, you’ll never reach the mount in BJJ if you are not methodical and patient enough to deal with the ¾ mount first. You literally have to take it step by step.

I don’t like math either. I know plenty of the BJJ nerds in our community are math wizards, but I belong to the branch of the medical sciences where we’re not too keen on solving complex number equations. In particular, I dislike having to deal with fractions. However, when it comes to Jiu-Jitsu, we simply have to come to terms that there are equations to solve, and fractions to deal with. Two of those “fraction” positions that are often used are the ¾ quarter mount and the ¼ guard.

The quarter guard is a story of its own, one that we have tackled before. Just to summarize it quickly, it is when you think you’ve gotten past someone’s half guard and into side control, just to end up stuck with your foot between the legs. As insignificant as it may sound, the quarter guard is very powerful and secure, and you can’t just wiggle a foot out and get the points for the pass. As such, you really need to consider the possibilities of getting there and facing someone who knows how to play from the position. That means you need to know how to get past this particular irritating BJJ hurdle. 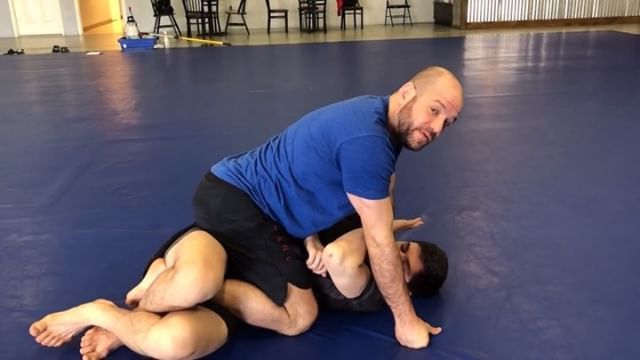 However, the quarter guard is far from the most irritating guard out there. The ¾ mount in BJJ might not be considered a guard per se, but point-wise it is just that – a guard. Get past it and you get both pass points and mount points, which usually amounts to a total of 7. The position itself is beyond simple. Imagine you’re in someone’s mount, only the have their legs wrapped in a triangle around one of your feet. It is just like the quarter guard, but with the top person in the mount, rather than in half guard. And getting out of the ¾ mount can be a real hustle, one that could easily end up with the tables turning due to acting angrily and rashly.

A Foolproof Way To Pass The ¾ Mount In BJJ

The approach to passing the 3/4 mount in BJJ is a simple one. It has to be, given that you’re dealing with a simple position that’s highly effective precisely because it is not too complicated. The fact of the matter is that an opponent can’t do many things for the ¾ mount in BJJ if you’re patient and stay in place. Moving around, frantically trying to get the leg loose will open up all the space they need to get out, reverse you, or go for counters like leg locks. So, the first thing to do in the 3/4 mount is to relax and be patient. If they can’t do anything to you, you’ll eventually find a way to solve this particular grappling fraction.

The one thing that will both help you to stay in place, and will open up a pass is to be heavy. Focus on loosening up, so that your opponent has to carry “dead” weight on top of them. In terms of gripping, you could go for a crossface by placing the arm on the far side under the head. This is the option I prefer, but there’s also another one. You could grip the belt with the same arm, given that the opponent is on their side, leaving their back open for grips.

As for the pass itself, think of a knee slice, just done on the opposite side of what you’re used to. In other words, you take your free leg, and place the knee right next to the opponent’s hip, on the side where they have your leg in the ¾ mount. This will give you the wedge you need to get your foot free, while also providing you with lots of pressure to keep them in place. A little trick to consider when freeing your foot – all you need to free up is the heel. Once it pops, you can get the rest out with ease.

Completing the pass is possible in two directions. One will take you to side control and earn you 3 points for the pass. After you free your foot up, use the knee that’s already on the ground in front of the hip as a pivot, and surf your hips over to the other side. With the crossface/belt grip you’ll end up in a very strong position.

Another option is to head to mount, by placing the knee of the leg you just freed up next to your other knee. This allows you to shift the pivot point and run the nearside knee across the belly right into full mount.

Let’s make things a bit more interesting here. Sometimes, the ¾ mount is not at all easy to pass, even with the high percentage modified knee slice pass. It has to do with how you and/or your opponent are built, leg strength, foot mobility, and other individual factors. Luckily, freeing the leg is not the only way to get points. With the rolling back take you might not get 7 points, but you’ll certainly get 4 for back control and a perfect position to finish your opponent from.

Once again, stay heavy, loose, and patient. If they can’t get out, you’re in no rush to get your points. Next, use your free leg to lockdown the shin of the top leg of the opponent. Since your leg is already trapped in ¾ mount in BJJ, half the job is done for you. The cool part comes next – turn your body to face in the direction of the legs and focus on grabbing the bottom leg’s foot of the opponent. All you need now is to lay on your back. You’ll end up in the truck positions with lots of options. One is to finish right there with a calf slicer, while another would be to extend the legs and get the back. Of course, you could settle halfway between them too, and finish with a Twister too.

Passing the ¾ mount in BJJ can be difficult, but it is far from impossible. The trick is dealing with the psychological part of the puzzle, i.e. accepting that as close as you might be to full mount in BJJ, you won’t get there quickly. In fact, you might not get there at all, but getting the back is a fair trade, wouldn’t you agree?

How IBJJF Rankings Work And Why They Are A Mess