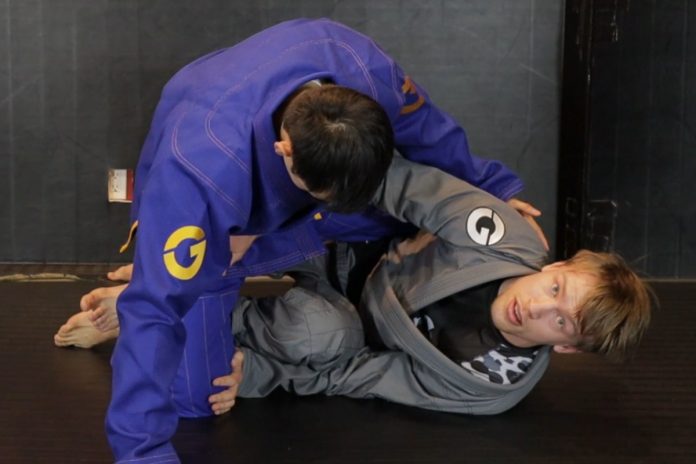 It is clear by now that if you want to really progress in BJJ, you’ll have to know why things work, rather than just have an array of different moves. There’s a fine balance between the why (concepts and principles) and the how (techniques, details, and tactics). This balance does take some time to figure out, but that does not mean that you shouldn’t aim to understand some of the most important concepts while you’re looking to learn all the tools of the trade, which are the techniques and moves. Understanding just what BJJ frames and levers are is going to change the way you approach technical learning. Why not gain an edge as early as possible in your BJJ journey?

BJJ frames and levers are something almost everyone involved in Jiu-Jitsu has heard of. They are mechanical concepts that apply to everything we use in BJJ and have a role to play in any successful and unsuccessful execution of specific techniques. While they are not easy concepts to understand, from a physics standpoint, the dumbed-down version we use in BJJ is perfectly understandable and easy to incorporate in anyone’s game. From white to black belt, everyone uses frames and levers, it is just about recognizing them, and that’s where higher belts have the advantage.

When To Use Frames

BJJ frames and levers go together, but we’ll analyze them on their own before we go into how they work in unison. Starting things off are going to be frames, a concept that is slightly easier to explain than levers. And still, despite the heavy use of frames in Jiu-Jitsu, I do feel there’s room for improvement, especially in our core understanding of them. 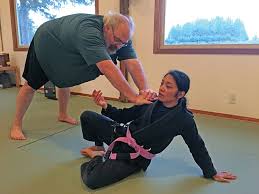 A frame in Jiu-Jitsu is every structure that allows you to create and maintain space between you and your opponent, without having to rely on muscular power throughout it. Frames can be created with just about every moving part of your body – head, arms, and legs, and all possible combinations of them. In BJJ, we mostly use hands to create frames, especially in situations when we’re defending from the bottom.

The way we build frames is by combining grips and posts to rate mechanically strong structures that are able to withstand weight, pressure, or help create movement. An obvious example would be framing from bottom side control, in order to create space for a hip escape. While a frame made out of both our extended arms would be applicable here, creating a square-like structure with our arms bent at the elbows provides us with a lot more stability and options.

In the realm of frames, I have to note that creating frames that have our elbows away from our bodies is not a good idea, at least according to me. If we keep the frames closer to ourselves, we’d be able to block a lot more, and expose a lot less. An example would be a frame from the bottom of the mount. Instead of allowing access to our elbows, it is much smarter to keep them glued to our bodies. The frame is going to work even better, preventing someone from going towards our head, but at the same time, will block any attempt at opening our elbows.

When To Use Levers

Levers are the second part of the BJJ frames and levers system that is integral we understand. In comparison to frames, though, levers are a bit more complicated. The first thing to consider is that a lever can only be called a lever if there’s a fulcrum involved. That means that this concept has two moving parts, and we need to be aware of which is which if we’re to be useful at utilizing them. 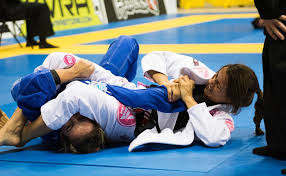 Once again, in relation to frames, levers are the more offensive part of the BJJ frames and levers concept. What that means is that levers are ways in which you manipulate limbs or any other part of the body that has a joint. In terms of anatomy, levers go past beyond just arms, legs, and the head. The spine, hips, and even the entire body in certain situations (takedowns/sweeps) can be seen as a lever and manipulated as one.

The key point in a lever, apart from identifying its start and endpoint, is identifying what the fulcrum is going to be. A great example is an armbar, where you use the lever you create by pulling on the wrist to place pressure on the elbow. Your crotch area, which props up against the elbow is actually the fulcrum in this particular example. This should be enough when you’re starting to dabble in the concept of levers. If you’re more advanced, it matters where you place the fulcrum, how high it is, how much of a surface area of the fulcrum is making contact with the lever, etc. Other BJJ lever examples are arm drags, the tripod and sickle sweep, the kneebar, etc.

When (And How) To Combine BJJ Frames And Levers

As you can see from what I wrote above, using BJJ frames and levers does not seem like something you can use at the same time. That’s true, up to a certain point. Frames work better defensively, but sometimes, they do find themselves useful in offensive situations as well. For example, Nelsons and Kimuras are both instances where you use a frame structure to accentuate the attacking properties of a lever.

In terms of levers, you could also use them defensively, creating space when frames are not really an option. A scarf hold escape where you redirect the opponent’s arm by gripping the armpit is the perfect example of using a lever to open space up. The space you get can later be used to escape, or full up with a frame that will give you more options and security. 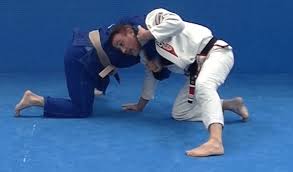 However, the best use of BJJ frames and levers is when you turn one into the other. This is especially important when you’re attacking. It can be really hard to get past a stiff arm, if you’re trying to complete a Torreando or over underpass, for example. A stiff arm represents a frame but a long one. The longer the frame, the less of an angle it coves with its intended role – do not give way space.

That means that you won’t’ be able to just slide past it, but if you change the angle with your hips or footwork, you’ll now turn the frame an opponent had into a lever that works in your favor. In other words, you’ll end up isolating the arm as you pass, gaining a really dominant position. In much the same manner, levers can be turned into frames if the need arises, both offensively and defensively.

The story of BJJ frames and levers is not a simple one. Everyone, from white to the black belt can find something that suits them, and there will still be a lot more to learn. Every new position or move we come up  in BJJ brings about a different use of BJJ frames and levers. The fact of the matter is, they’re all around us, and if we’re to become effective at grappling, we need to at least be aware of where they are, how we can use them, and why we use them to achieve specific goals.