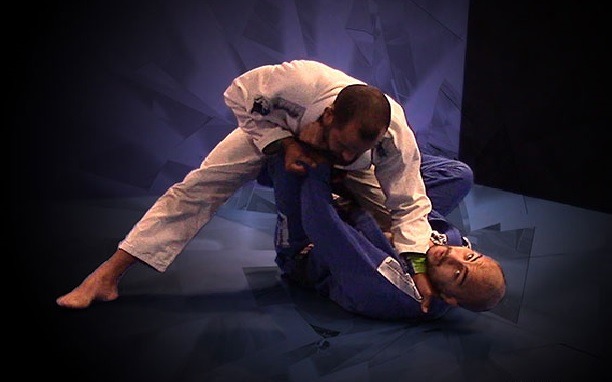 Looking to improve your half guard game? Well, a world champion’s instructional is always a good place to start. Even better, a World champion who is a half guard specialist. Granted, there are many variations of the half guard and there’s no one expert on them all. If you’re really into the half guard game you should start collecting. A great starting point would be Tom DeBlass’ Half Domination DVD. If you’re looking to invert than Roberto Cyborg’s stuff would be your best bet. If it’s more of a high-level half guard and deep half guard game you’re looking for, your search is over. You just need to grab a Bernardo Faria DVD and you’re all set. And not just any of his DVD’s, but “Battle-tested half Guard”.

As mentioned there are dozens of half guard experts out there. Why go with a Bernardo Faria DVD, you might ask? Well, first of all, he’s a World champion who has beat everyone with a half guard based game. His deep half guard is the stuff nightmares are made of. And the guy really spares no details.

In short, Faria is a World and European champion grappling under the Alliance banner. He’s a super-heavyweight who got his black belt from Ricardo Marques. The 30-year-old has dominated the IBJJF scene, haunting opponents with his half guard game. He did record a previous DVD focused on the deep half guard. It was an awesome instructional, very high level and packed with crucial details. So when I saw that he has a new DVD on the half guard subject, it didn’t take long for me to get it. Here’s what I think about it.

Anyone who’s ever seen a Bernardo Faria DVD knows what to expect. He’s not shy on details and has the ability to focus on those that actually matter. Namely, Faria doesn’t dwell much on stuff that’s not helpful in regard to the techniques he’s demonstrating. Not everyone has the ability to make such a clear distinction between the crucial and less important while keeping things short and precise.

There isn’t one aspect of the half guard that isn’t covered in this DVD set. Interestingly, Faria’s focus is more towards the “traditional half guard rather than his trademark deep half. However, the DVD does not lack in innovation at all.

Structurally, the material is divided into 4 DVDs. Faria did not pull any punches recording this, as everything is covered. Stand-up, positional philosophies, sweeping, entries, submissions, even specialized grip fighting., everything is covered in depth. There’s also a system for every DVD and the subject presented in it. Check it out:

First of all, there’s the basic introductory part. Without too much babbling, he immediately arises interest by declaring that the DVDs contain his latest stuff from the past couple of years.

It all starts standing, with a few entries to the half guard by way of pulling guard. What I really liked is that he presents options from both standings and from the knees. This is where he first mentions the single-leg half guard, which, for me, was an entirely new concept. It is definitely an original position, one that he covers in-depth later on.

Sweeps are next on the menu on DVD 1. As a matter of fact, it kicks off with single-leg half sweeps which I found very interesting (and effective). There are a few counters to expected pass attempts and escapes, which are not too mouth-watering. The finishing options for an opponent trying to counter one of the sweeps, on the other hand, are a true highlight of the disc.

Furthermore, the second one is more of a classic Bernardo Faria DVD. You guessed it, it’s deep half guard time. Be that as it may, he does start off with the reverse half guard, another subject that hasn’t been really covered in instructionals. A couple of sweep options as well as prevention concepts for any serious half guard player out there.

I’m going to skip right over the deep half stuff, seeing as there’s no doubt on the subject’s quality given the guy demonstrating the moves. What I really liked was the grip fighting concept he presents near the end. My deep half sweep percentage has significantly improved, although my deep half-game is nothing to brag about. Well, for now, anyway.

The third section got me excited from the get-go. It begins with a move that encompasses the deep half guard, the single-leg half and a lapel sweep. ‘The Turkish Get Up” as he calls it, is based on the same movement pattern as the famed kettlebell exercise, not unknown to grapplers.

From there, though, the material takes a turn toward the defensive aspects of the game. First, a few really cool defense options against Kimuras, Guillotines and other chokes. Then, another trademark of Faria, an Omoplata setup from the half guard that works like a charm. Well, for me, at least. All you sweep enthusiast don’t worry, there are more half guard sweeps sprinkled in an around a few interesting guard recovery options.

Finally, we arrive at the final DVD. And it is nothing short of a big, fat, juicy, sweet cherry on top of this half guard cake. There are no techniques or moves shown in the final chapter. In a very original turn of events, Faria ends the DVD with 4 rolling sessions. However, they’re not regular rolling session, but ones with him playing half guard all the time. Moreover, all the rolls are precisely narrated by the man himself. He shares his mindset during the rolls, demonstrating all the stuff previously shown in the first three DVDs at a very high level. It’s simply a must-watch for all grapplers out there.

All in all, you get three 40 minutes long DVDs full of high-level instructions, topped off with another 50 minutes of narrated sparring. For such a reasonably priced set, it is a real bargain, containing 3 hours of top-class, innovative material. A half guard game changer without a doubt. this Bernardo Faria DVD is going straight into my favorites collection. Give it a try and it’ll end up on top of your list as well. Guaranteed!