Nearly 18 years after the first fight in Pride FC of Renzo Gracie and “the Gracie Hunter” Sakuraba they will do a rematch.

Renzo Gracie vs. Kazushi Sakuraba happened in August of 2000 in PRIDE FC 10 event. That fight ended when Renzo refused to tap to Sakuraba’s kimura 11 seconds before the end. Renzo suffered a broken arm in that fight.

It was one of the fights that really made history in Japan. Even before the fight between Sakuraba And Renzo Gracie Sakuraba was able to dominate every Gracie he fought with. That’s why he got a nickname “the Gracie Hunter”

Now, 18 years after, Renzo and Sakuraba will do a rematch in ONE Championship Organization. It’s still unknown if this bout will be a fight with MMA or grappling rules as their previous grappling match happened in 2014 at Metamoris 5. Also, Sakuraba had a second match against Ken Shamrock in October 2017 at RIZIN event with grappling rules. To be honest it was nothing worth watching as nothing actually happened in that grappling match.

The reason why this will probably be a grappling match lies in a fact that Renzo Gracie is 50 yr old and Sakuraba is 48 yr old. It’s really hard to believe that we could see something very interesting in a real MMA between those two rivals. But, you never know what’s going to happen in Japan, so everything is possible. 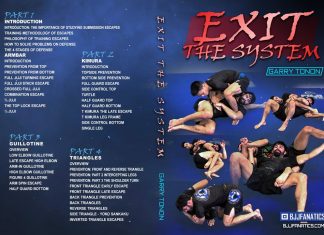