So, you’ve decided to try something different and sign up for your first No-Gi competition. Regardless of whether you’re an experienced Gi competitor or haven’t competed for much, No-Gi is going to be different, to say the least. For a No-Gi tournament, everything you usually do for Gi Jiu-Jitsu will require adjustments. The Devi is in the details, after all, and details matter much more in No-Gi when everything gets slippery and fast. So, if you’re looking to venture into the No-Gi waters, make sure you know what you’re signing up for.

No-Gi competition is fun. In fact, No-Gi Jiu-Jitsu is fun! I get the fascination with the Gi, I have been training and teaching at a Gi oriented club for my entire BJJ life. Still, shedding the gi and going for some No-Gi rolls is priceless. It opens u pa whole new dimension of Jiu-Jitsu, on that is a part of it as much as gi BJJ. As usual, the key here is balance, as  I really do think you need both to understand the gentle art. Moreover, if you’re getting ready to compete in either one of them, you really need to pay attention to specific competition preparation.

Making the Switch To No-Gi

Presuming you’ve been grappling with the Gi so far, you’ll need to switch things up if you’d like to give a No-Gi competition a try. Yeah, you could just wing it, and go straight in, not really doing any specific No-Gi preparation. It may even end up working for you. However, I’ve seen it time and time again with people that decide to go without specific preparation, and they really can’t perform to their full potential. 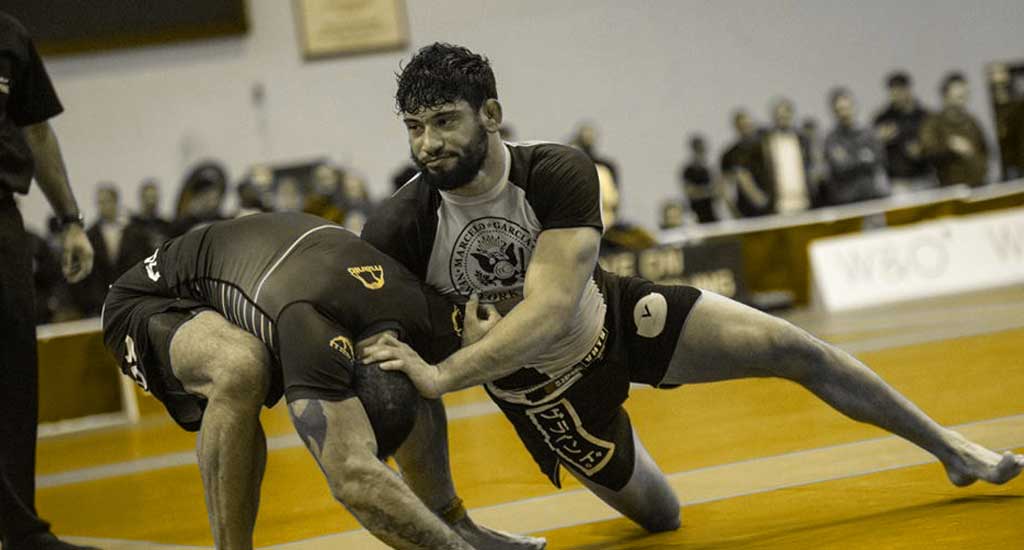 Making the switch from Gi to No-Gi competition is not too difficult. First of all, you ‘ll need to know that you can’t really play your usual game. That is jsut as important, if not more, in terms of your standing game. The usual first grips you get, the way you set takedown up, even how you pull guard differs massively in Gi and No-Gi. So, when you’re contemplating making the switch to No-Gi competition, make sure you factor in the fac that you’ll need to work a lot on your standing game, even if you like to pull guard.

Moreover, three’s the pace. You just can’t ignore the pace of a No-Gi match, particularly a No-Gi scramble. You have to factor this in and be prepared. That means that whether you want it or not, you’ll need to put in “homework” in the form of cardio preparation.

Fail to look at these two major differences between Gi and No-Gi and you really shoot yourself in the foot. Again, I’ve seen it happen in tournaments, and I’ll probably see it happen a bunch more. Despite the moves you use in both being extremely similar, there are major differences between a Gi and No-Gi competition game. Take standing and gripping for granted, and go in with your usual Gi cardio prep and see what happens. Then, do everything right and notice the difference. Or jsut be smart about it and do it all properly from the get-go.

Things To Expect At A No-Gi Competition

First up, if you’re competing under IBJJF rules, except that you can’t compete in No-Gi if you’re a white belt. The UAEJJF will allow you to do so, though, so there is ana alternative. That said, most of the IBJJF / UAEJJF events are not No-Gi specifics. Exceptions are the No-Gi Europeans, Worlds, and Pans, being really major tournaments. Apart from that, Gi and No-Gi tournaments usually take place in the same day. What you need to know is that No-Gi always comes first, so be prepared to fight early If you’re a blue belt in the adult divisions, it is pretty much guaranteed that you’ll be the first to grapple.

Similarly to Gi tournaments, you’ll need the proper attire for a No-Gi competition. While we all love wearing crazy looking rashguards with anything from weird animals to tropical fruits on them, that won’t fly in any of the IBJJF/UAJJF tournaments. What you need are black shorts, no spats, and a ranked rashguard. Moreover, the rashguard usually needs to be approved by the IBJJF, although you might just squeeze in there if the colors match. However, the folks controlling the attire are quite dedicated to their jobs, so save your self some headaches and pack the appropriate approved attire.

As far as weighing in goes, No=Gi is a breeze. After all, you’ll be weighing in with a rashguard and shorts, as opposed to a Gi and belt. That said, the weight divisions do different a bit. There are still 9 of them, and they’re named the same. However, rooster weight starts at 122 lbs, instead of 127. From there on, every weight class is a few pounds “short” compared to what you might be used to. Make sure you factor this in before you sign up for your usual weight class – you might jsut need to go a division heavier.

Finally, rules-wise it is always prudent to read the rulebook before you compete. Most of the same rules that are there with the Gi, apply in a No-gi competition as well. There’s a bracelet for the leg of one competitor, instead of the yellow and green belt, but apart from that, just do what you’d do with the Gi.

As I said, and have on numerous occasions, the devil is in the details. Preparing for a No-Gi competition can go in one of there ways. The first is that you do not prepare at all, and you just hope your Gi experience carries over. We already saw how this could backfire massively. That leaves us with two legitimate options for preparing for No-Gi matches.

One legit option is to prepare by planning ahead and leaving yourself as much time as possible to get into rhythm. I’d go for six months if you can. To be clear, that’s six months of No-gi only, competition-specific preparation. Ther rare countless things you’ll need to organize and figure out in order to really develop a solid gameplan. 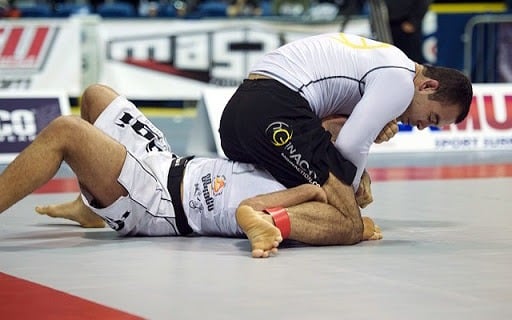 Another option is the quick No-Gi competition preparation. When yo only have a short time you can only focus on the major things that make or break a No-Gi Jiu-Jitsu match. This will certainly prepare you, although you might end up falling back to some lingering old Gi habits that won’t be effective, particularly when things get rough. However, if you do plan it out well with your coach, and you have a good corner, you can most certainly get ready.

If push comes to shove, remember that it is all about the grips. If there’s nothing else you can work on in preparation for a No-gi competition, focus on gripping. Remember that if you can control the grip fight, you’ll be able to resist most things, and eventually, play your A-game. Oh, and footwork – look how opponents move when standing. That’ll give you an indication whether they’ll shoot, try to get a front headlock or pull guard.

Get down and dirty with your No-Gi competition preparation. That’s the only way to really be ready, and you know it. Don’t take No-Gi for granted, as it is quite harder to compete in than gi. Learn from someone who’s already made all the mistakes, and prepare accordingly. After all, you do want to win a match or two, right?