If you’re training BJJ, you know all about the Gracie challenge fights that marked the early years f the sport. You also most likely know that it was Brazilian Jiu-Jitsu that gave birth to MMA and the UFC. However, the story of how it all started in the USA goes back to Rorion Gracie, Helio’s oldest son, and his famous Gracie garage. To this day, the Gracie garage concept is still out there, although the times are quite different than the early 80s. Here’s how the whole thing came to be.

The Gracie garage is a famous reference nowadays in grappling and MMA. It refers to a spot where people went to train Jiu-jitsu in California as early as 1979. The Gracie garage is also famous for the challenge matches that happened there, where Rorion kept the legacy of Helio and Carlos alive, challenging anyone to test out their skills against the art of Brazilian Jiu-Jitsu.

What Is The Gracie Garage?

In 1978 Rorion arrived in the USA for the second time. He did some earlier, trying to figure out if Jiu-jitsu would take a foothold in the states at a time when karate and Kung Fu were the norms for material arts. He spent a year traveling all over the US before ending up in Brazil. Later on, in 1978, he returned ready to execute his plan of opening up a Gracie Jiu-jitsu gym in the USA.

Rorion found it quite hard to get off the ground, though. At the time, nobody that had a martial arts academy would give him a space to rent. Moreover, people were not really keen to train grappling martial art at the height of Bruce Lee’s fame. So, Rorion had to discover not just where to start teaching BJJ, but also how to attract people to this new and very much weird-looking martial art.

Of course, Rorion managed to figure out a way. He did odd jobs here and there, mostly cleaning houses of people in the film industry, since he was based in California. That helped him meet people that would later prove integral to the future of Jiu-Jitsu. For the time being, though, he started offering free Jiu-Jitsu lessons to everyone and anyone. He held them in his garage. Rorion had rented a house that had a two-car garage that he had covered with mats. This was the original Gracie Garage and is the first actual BJJ gym in the USA.

The way the Gracie garage operated at first was by Rorion recruiting people jsut by offering free lessons. Once he had a core group of students he started offering a free first class (private) and then, a free class to anyone that came back but brought a friend to try it out as well. The strategy, paired with the unusual nature of Jiu-Jitsu, ended up drawing students to the Gracie Garage, turning it into the first Gracie gym in California.

However, Rorion wanted more. He wanted to spread BJJ across the USA, and eventually the world, but didn’t want to wait. So he took a leaf out of Helio and Carlos’s book and decided to issue a challenge. While he didn’t do it in the newspaper, as his father and uncle did, he did make it clear that anyone was welcome at the garage to try and see if their martial art could beat BJJ. Of crouse, people, particularly those that were striking arts “experts” rushed in headfirst. Suffice to say, Rorion was ready for them, and he even let his students take care of newcomers. In fact, he wanted to demonstrate the power of Jiu-Jitsu and had his students just slap challengers even from positions where they could’ve done real damage with strikes. 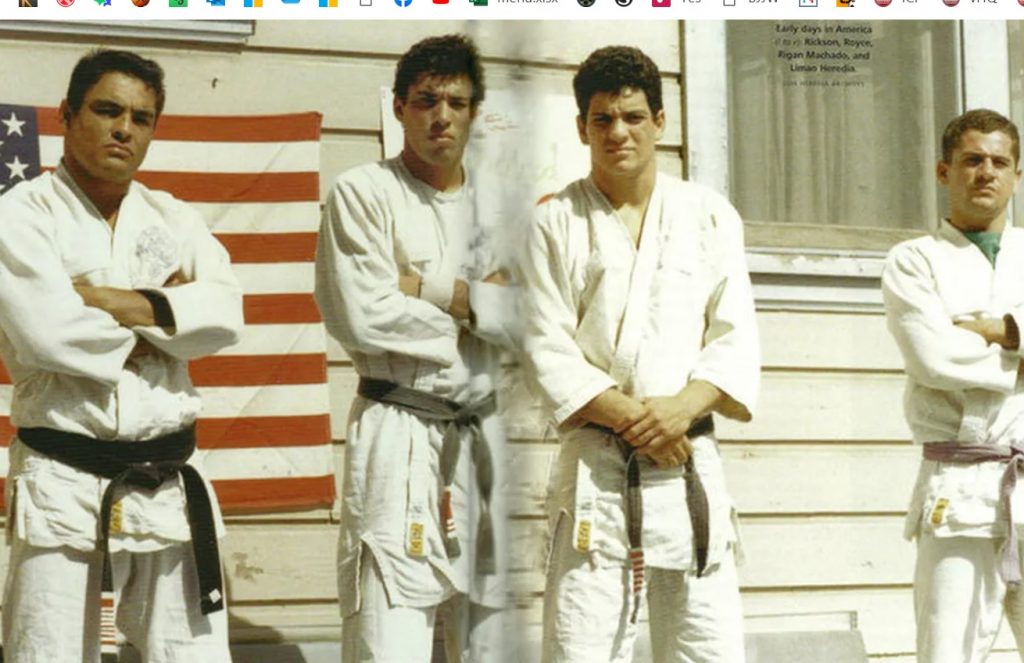 The Gracie gаrage challenges proved a success and set up Rorion for his next big step. This one would later prove to be lifechanging for both the Gracies and the entire world of martial arts. By then Rorion had plenty of contacts in the film industry. He even consulted on movies, like Lethal Weapon where he taught Mel Gibson how to do a triangle choke. Combining these contacts with his concept of challenges, he came up with the biggest Gracie challenge to that point – the first UFC.

Suffice to say, the UFC caught on. Even before that, though, the Gracie garage became too small for all of Rorion’s students. He had about 130 people at one point, with 80 more on a waiting list. That merited the opening of a bigger academy, and he finally moved out of his garage and into the Gracie Jiu-Jitsu Torrence academy. At the time, his family had sent Rickson, Royce, and Royler to help Rorion in his effort to spread Jiu-Jitsu. they were not just a huge academy by then, but a force to be reckoned with, in terms of challenges.

As Jiu-Jitsu kept its meteoric spread around the world, the concept of the Gracie garage did not fade away. On the contrary, the Gracies actually kept it alive, although taking it in a slightly different direction than the original. Today, the Gracie garages exist, some under the Gracie academy umbrella, and others jsut bearing the name. However, you don’t see many Gracie challenges, or dojo storming nowadays.

The modern Gracie garage spots offer a space where you can learn the fundamentals of BJJ with like-minded people, completely free. Usually, modern Gracie Garages that are a part of the original Gracie academy, operate by using video material issued by the academy. In other words, a Gracie garage si a certified Gracie JIu-Jitsu center where you can train, mostly their fundamentals, based on video courses. Far cry fro mth original Gracie garage, but still a fun option if you’ve got nowhere else to train.

The Gracie garage story is an interesting one to know as part of the BJJ history. I guess a lot of the things that have happened in there will remain a mystery unless Rorion or Rickson decide to share them al with the rest of us one day. in any case, the Gracie garage, along with the Gracie challenges really propelled Jiu-Jitsu outside of Brazil and into the world. We can’t be anything but thankful for it, really. 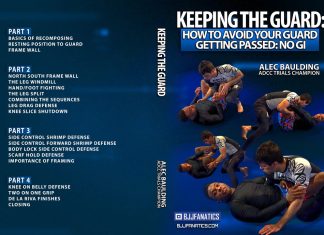 0
What is your favorite guard to play? Closed vs. open, half vs. full guard, the options and combinations are endless. Yet, every BJJ practitioner...