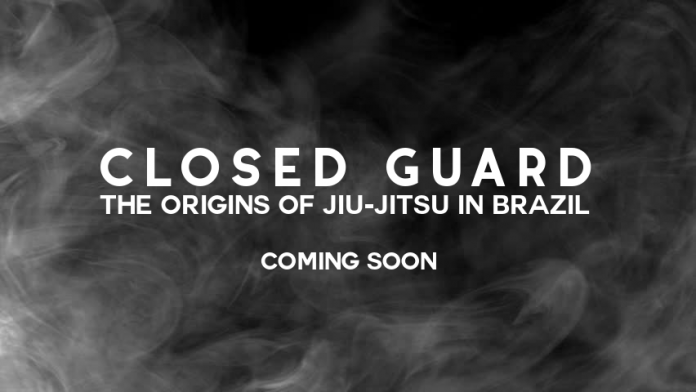 Well, I guess all we’re left with is movies, at least for the foreseeable future. As the COVID-19 outbreak brought made Jiu-Jitsu worldwide tap out (at least in this roll) we’re all stuck at home and grappling is simply not an option. While there are plenty of things we can do, it’s hard to replicate rolling. In fact, it is impossible. Luckily, there are ways to fill in the gap. Reading up on the history o BJJ is one. RO, better yet, watching a movie on the subject. We will have to wait a bit more for this one. The Closed Guard movie, however, is a documentary that will supposedly fill in all the gaps in the history of the sport.

The last year has been a huge one for Jiu-JItsu, both on the mats and on the movie canvas. BJJ grew to be a mainstream thing. It is not just celebrities training, but there are also plenty of people interested in making movies and TV series about it. Everyone, from Netflix to big-time Holywood directors are covering BJ as a subject in their projects. Well, this particular Closed Guard movie is a bit different. It is a documentary about the history of BJJ but done by one of the most recognizable names in the sport, Robert Drysdale. It is a movie made by a grappler, for grapples, intended to clear up the murky parts of history.

Contents hide
The Rich And Entertaining History Of BJJ
The Closed Guard Movie: Origins Of Jiu-Jitsu In Brazil
What Makes This Movie Different?
Conclusion

The Rich And Entertaining History Of BJJ

The thing with the history of BJJ is that there are not many “records’ about it available. We do have an understanding of how it all happened, but plenty of the details remain unclear. The final product is clear as day, and we’re all mad bout it, that’s more than apparent. However, if you come to think about it, we don’t really know much about how Brazilian Jiu-Jitsu came to be. 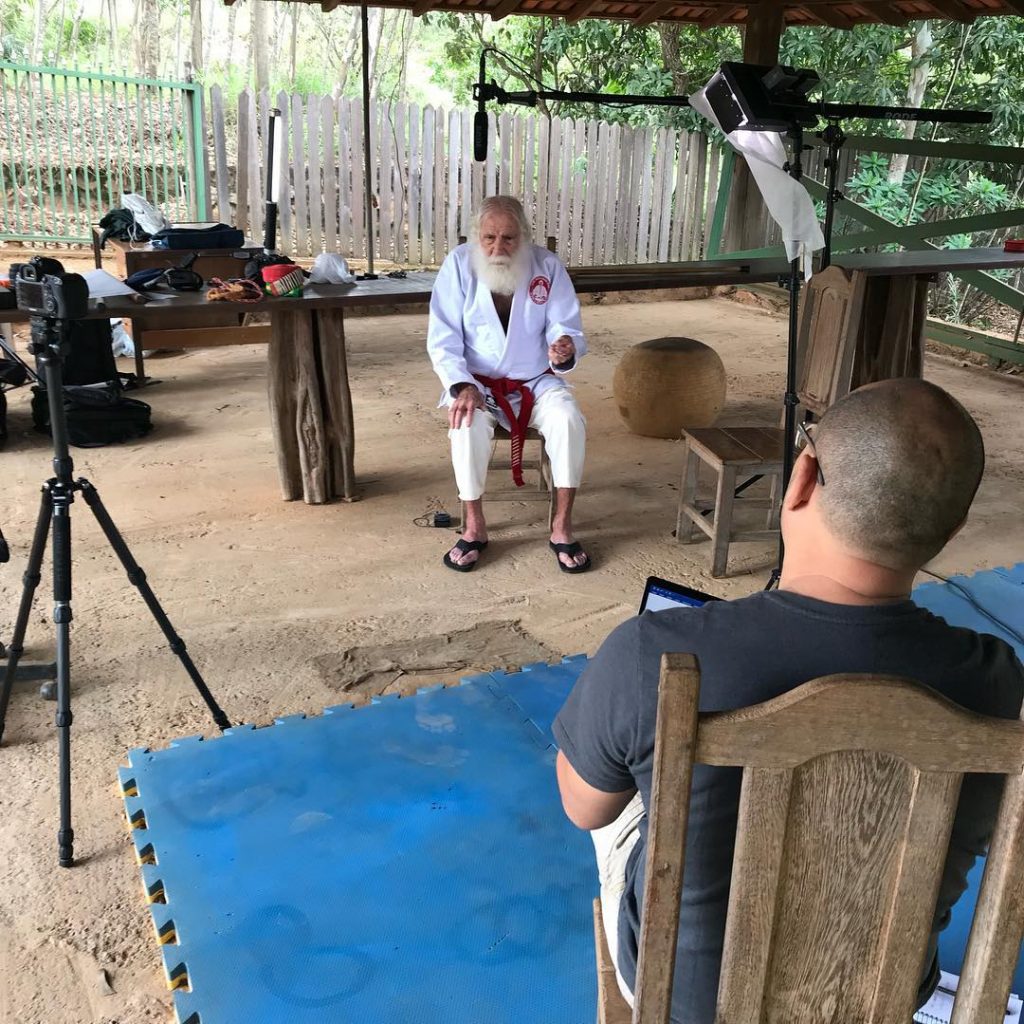 What we know for sure is that the Gracie family did manage to come up with a crazy combination of martial arts that changed the world. The system they came up with was not meant to be a sport or martial art. At least not initially. They just created a self-defense system, one that was based on grappling martial arts and was undoubtedly effective. With a combination of luck, great marketing, and the unavoidable fact that Gracie Jiu-JItsu worked, they managed to create something out of nothing, literally. From the early days of Jiu-Jitsu in Brazil, though it’s crucial migration to the USA, and all the way to today’s global pandemic of BJJ (pun intended), we pretty much have a clear picture of how things came to be. But what happened before all that?

The parts of BJJ history that are not so clear are the ones leading up to its creation. We do know a man Mutsyo Maeda, a Judoka and NHB fighter ended up in Brazil. WE also know that Carlos and Helio Gracie’s dad was a circus owner. At the time, catch wrestling was pretty popular in circuses and carnivals, so that’s probably how Maeda met the Gracies. Form there on, though, how and what did Carlos Gracie learn exactly form Maeda? What about the alternative lineage that includes Luis Franca and Oswaldo Fadda as notables? Well, Robert Drysdale promises that his Closed Guard Movie is going to bring answers to all these questions.

The Closed Guard Movie: Origins Of Jiu-Jitsu In Brazil

So far, we know that the Closed Guard Movie is a Robert Drysdale project. We also know that it is funded by ACB JIu-Jitsu. they are an Eastern European grappling promotion that has grown to be one of the premier pro-grappling platforms of today. They have managed to put together some of the best Jiu-Jitsu event cards in modern times. Now, ACBJJ is clearly expanding to try and “decode” the history of BJJ in a time when events aren’t really an option.

The goal of the movie is to re-tell the story of the origins of Brazilian Jiu-Jitsu. The focus is on the period of time that ranges from the Japanese roots of BJJ up until the rise of the Gracie JIu-Jitsu. At the same time, there is focus on Vale-Tudo, or “the non-identical twin of Brazilian Jiu-JItsu” that it is referred to in the movie. Similarly to spurring the birth of MMA in the USA, early Jiu-Jitsu developed alongside Vale Tudo. it is the Brazilian version of MMA and it was certainly influenced a lot by Jiu-Jitsu

This movie does offer a different look at the history of BJJ. It is a trip from Japan, through Brazil all the way to the USA. It follows the birth, development and eventual rise of Brazilian Jiu-Jitsu. The Closed Guard Movie is a documentary organized as a historical survey. It contains lots of interviews, facts, and evidence other movies have not explored previously. This film is about to change everyone’s perception of the Gentle Art’s history, as far as the roots go. At least, that is what the movie, and Robert Drysdale claim.

What Makes This Movie Different?

So far, the Closed Guard Movie is in an editing phase.  As per the official movie social media account  “The film has no release date as of now since we are rewriting the introduction given our current state (apparently never-ending) of learning our roots. But we anticipate a premiere during the Masters’ Worlds in August 2020 (assuming the World is back on its feet by then). Who’s ready for some BJJ history?” 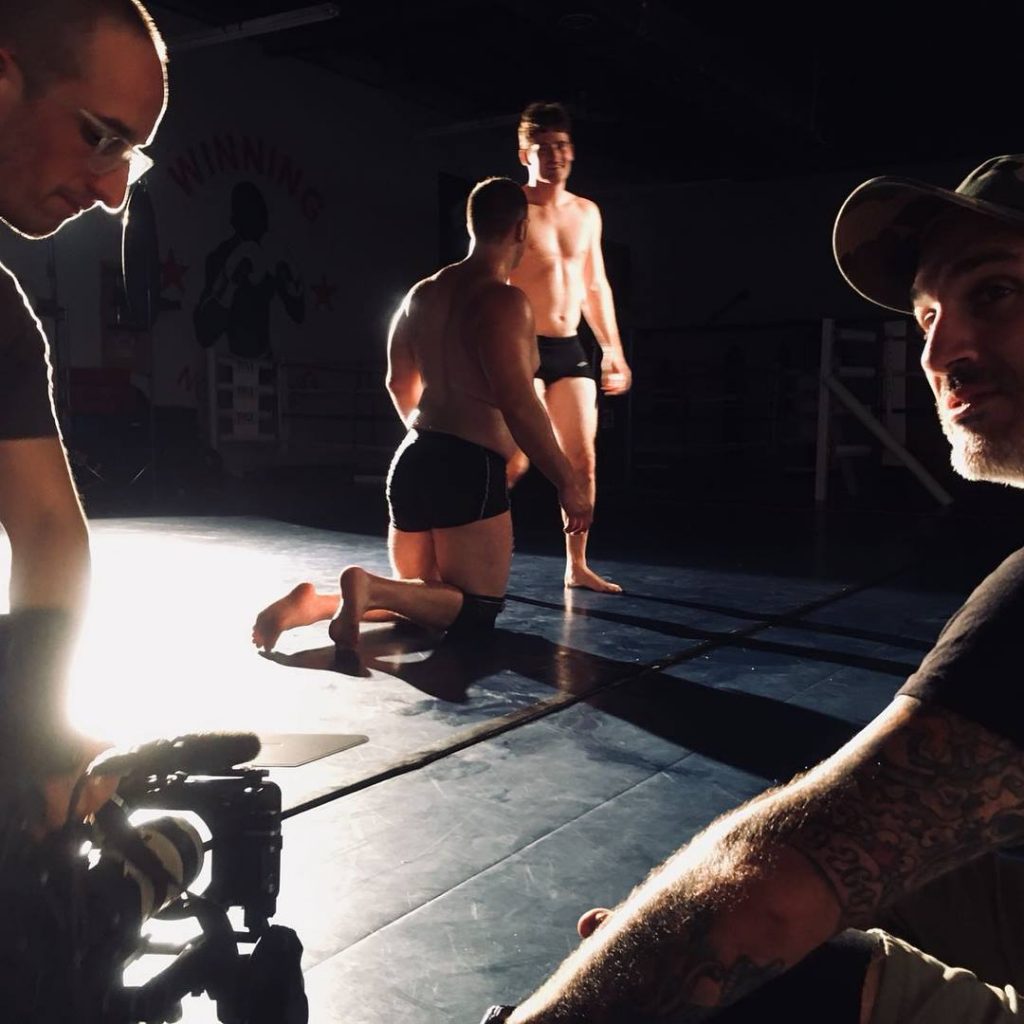 Drysdale is not a man who shies away from controversies and likes to speak his mind. Taking that attitude to a documentary about BJJ history all but guarantees it will be different than others. As far as the information goes, Robert has gone to great lengths for this movie. he tracked down and interviewed people that we don’t often consider when we’re talking about the history of BJJ. One thing I’m very curious about is the much talked alternative lineage also stemming from Maeda and the real story behind it.

This movie is certainly going to stir up the BJJ world. However, it is exactly what we need to try and pinpoint some of the more elusive aspects of Jiu-Jitsu’s history. As someone interested in BJJ History, I am certainly looking forward to discovering more facts and less fiction about how this whole craziness that is BJJ came to be.

The Closed Guard Movie is going to be an interesting documentary to watch. The subject of the history of BJJ is always an entertaining one, and it is riddled with incomplete information. Whether or not Drysdale will manage to clear things up, or make everything that much more complicated, remains to be seen. Until we have the chance to take a look at the finished product, though, make sure you take a look at the trailer of the movie HERE.