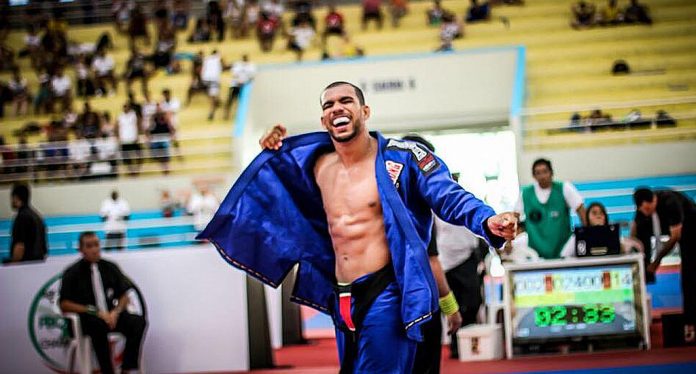 Do all grapplers need to compete in order to advance through their martial art of choice? While the direct answer is no, there’s always a “but” not far behind it. Most people see martial arts as sports that revolve completely around competitions. With a few exceptions, all martial arts do place a large emphasis on competing. Brazilian Jiu-Jitsu is no different. You could argue that the whole art is all about competition, as there’s rolling involved in every training session. Rolling, however, is definitely not the same as the competition. Jiu-Jitsu tournaments are as different from BJJ classes as they can get. There are a bunch of rules, hundreds of people, ever-changing brackets, and all the adrenaline that comes with a martial arts competition. The truth is that while you do not need this experience to reach a black belt, you certainly should have it. Actually, you should have it more than once. Or, better said, as often as possible.

If you’ve never been to a BJJ tournament you’ve definitely missed a lot. Lucky for you, this can be easily remedied. Simply ask around about the next one and how to sign up. Believe me, when I tell you, it’s going to be a life-changing experience. If not your life, it’ll most definitely change your Jiu-Jitsu. Going to Jiu-Jitsu tournaments provides you with insight into your true level of BJJ like nothing else. there’s no lying or hiding on the competition mats. it is you, your opponent, and the referee. It is a feeling like no other and one that many people are left craving afterward.

The one main reason why some people might be reluctant to give Jiu=jitsu tournaments a try is the fear of the unknown. going to compete in grappling means letting go fo control first and foremost, and then looking to get as much of it back as possible. Letting go of control means not worrying about an outcome, or that an opponent “is better than you”. On the contrary, it means going in the blank with a clean slate. It doesn’t matter how many matches you’re going to have. What matters is to establish dominance by imposing your own BJJ game. And the best way to do that is by controlling your opponent i.e. taking back control.

The Point Of Competing

In terms of reasons for competing in Jiu-Jitsu tournaments, most people have their own. They can wary from just blowing off steam to hunting and adrenaline high, or even aiming to become a professional. Whatever, the reason, if it leads you to the competition mats, it is a good one. However, there are also some universal benefits that you gain from registering for a BJJ competition.

For example, you know how people often quote Rogan about BJJ being the ability of high-level problem solving under immense pressure? Well, you won’t get near the pressure you’ll feel at Jiu=Jitsu tournaments while rolling at your academy. The large venue, hundreds of fo people, focused competitors, referees, your teammates yelling, your heartbeat in your ears, the pace of the match… These are experiences that you can only get at tournaments. in return, they’ll make you as comfortable under pressure as a human being can be. 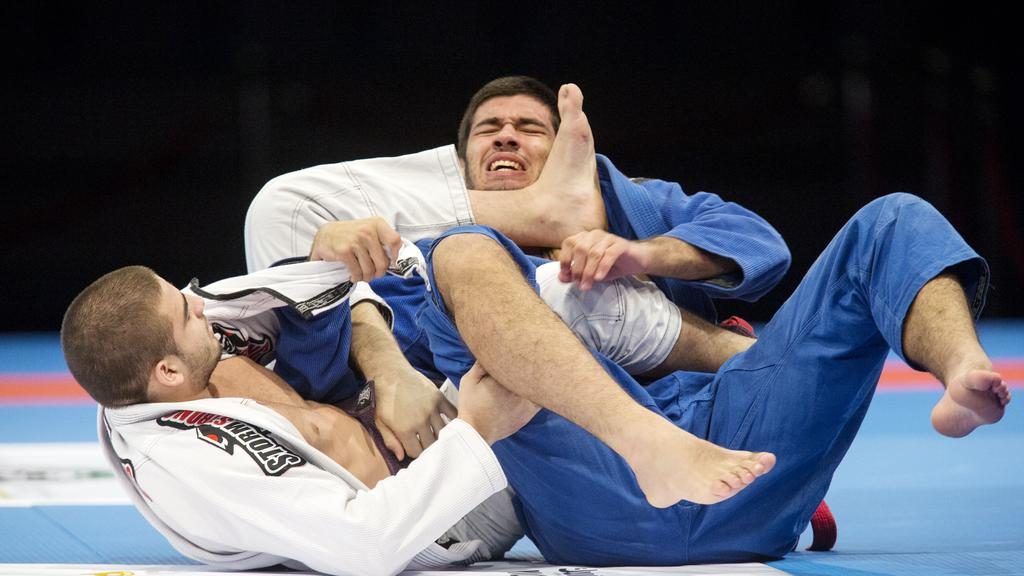 Furthermore, they’re going to strip your Jiu-jitsu game naked and give it a thorough examination. While rolling is not an easy feat by any means, the more you do it with the same people, the easier it gets. This is like going home from work – you know the best route and all the possible obstacles on it. You also know how to avoid them without even thinking. It’s the same with rolling with the same partners for years. Instead, a tournament is like driving a car in a new country, where you do not know the language route. All your orientation skills are going to be put to the test, despite you already knowing how to drive.

So, if you’ve never been to a BJJ tournament, you should at least know what to expect. Jiu=Jitsu tournaments are usually highly organized events. Given the complexity and number of categories, it is a must. Speaking of which, you need to know which category you’re competing in. In Jiu-Jitsu, your spot is determined by your age, weight, sex, and belt color.

Usually, registration closes a few days prior to the tournament, so the brackets are already set. you should know who your first opponent is, but more importantly, you should know when you’re fighting. Apart from time, the correct mat number for your match is going to spare you a lot of unneeded pre-match panic.

Next up are weigh-ins. Remember that if you’re competing with the Gi, you’ll also be weighing in with it. This adds a few pounds to the tally, so make sure you factor it in. Missed weight means an automatic DQ.

Once you step on the mats, there’s nothing much you need to know except the rules and a few tournament hacks, that can help bring out the best in your BJJ game.

About a week out is exactly the time when you should be deep into your weight cut. It is also the time when every little detail matters. No matter how good you might be, missing weight just means that you now own the world’s most expensive T-shirt. So, give yourself and your game the opportunity to shine. Check your weight immediately in the avenue and leave some time to make adjustments until weigh-in time, if needed. Also, remember to follow a well-organized system of cutting to avoid dehydration and exhaustion.

The next big thing is warming up. never ever go into a match without warming yourself up. you could run, do calisthenics, roll light do Yoga or Pilates for that matter, but you need to do something. Going in cold is a recipe for disaster, but for the match outcome and your health. If you do not know how to warm up, ask a more experienced teammate or your coach. Furthermore, if you have a lagging body part, make sure you give it more attention. 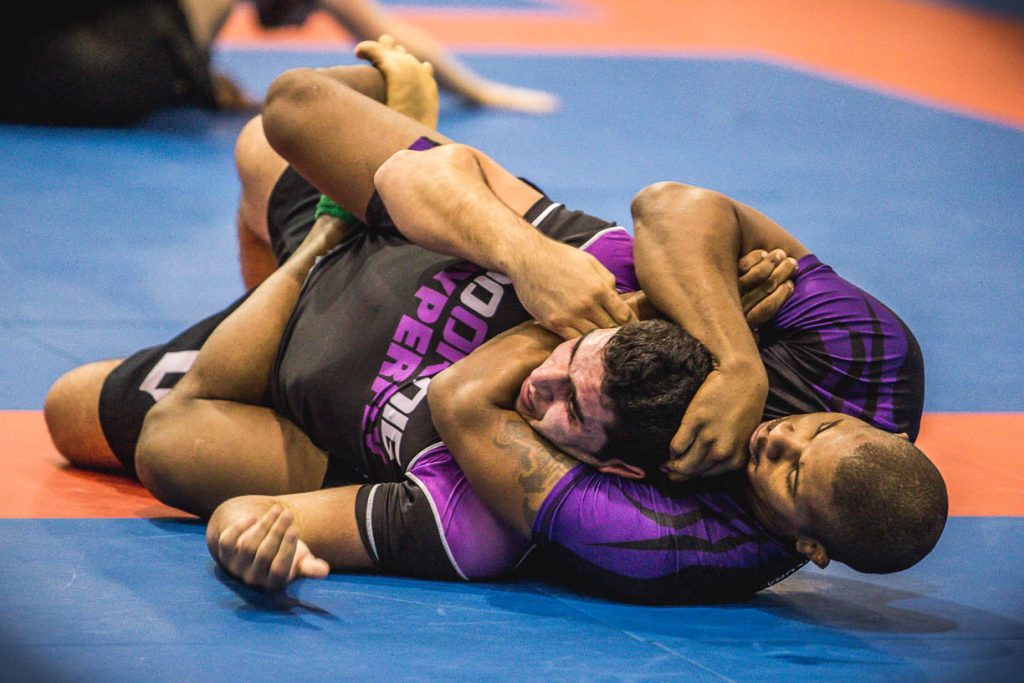 This brings us to the most important hack for Jiu-Jitsu tournaments – recovery. Once you win that first match, two things are going to happen. you’ll be on cloud nine and feeling like Thanos with all infinity stones and you’ll be exhausted like never before. The adrenaline dump is the hardest after the first match, so you need to recover for your next one. Rehydration is key. you need water (preferably with some salt in it) or some other type of electrolyte drink. Also, consider adding some BCAAs to the mix. next, make sure you calm your mind and body down. Breathe deep and look to lower your heart rate.

Finally, have a game plan. Going in to compete blindly is like playing darts with a blindfold. There’s nobody better than your instructor to help you with this. You’ll need a game plan that’s a good fit for your body type and level of knowledge. technically speaking, you need one of each if you’re competing for the first time. One takedown, one pass, one sweep, one submission from the bottom, one from the top, and as many transitions as you can get. This is the spine of a good game plan. From there on you can build your game as you get more experienced and you’ll inevitably get more comfortable in Ji-Jitsu tournaments as a result.

Russell Brand: Life Is a Struggle And BJJ Teaches You How To Cope With the Struggle