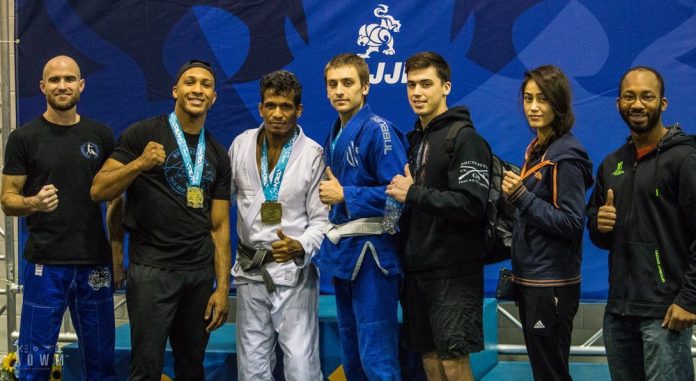 BJJ for most people is an individual sport. However, once they start training, they start to see that there’s a crucial team aspect to training Jiu-Jitsu. First and foremost, people take training itself for granted. While training solo drills can help you improve your Jiu-Jitsu, ti cannot teach you Jiu-Jitsu. In order to learn how to grapple, you need to train with other people. You need to practice techniques on static partners and resisting partners. You also need to roll live and with as many different people as possible. That said, there’s also another team aspect to BJJ, which is one most people usually perceive as the solo part. While competing might seem to be all down to you, you still need a good team behind you. Furthermore, your BJJ team is going to need you in order to compete at maximum potential!

Contents hide
What does it mean to Be a Part Of the Competition Team?
The Structure Of A Top Competitive BJJ Team
The Guy In Charge
The Enforcer
The Top Competitor
The Big Bear
The Energy Ball
The Conditioning Guy
The Nutrition Specialist

What does it mean to Be a Part Of the Competition Team?

Being a part of a competition BJJ team is a really cool thing, You get to train with people, go hard when you roll and have a lot of laughs. You also get to travel a lot, compete and corner your teammates while they fight. It is one of the most interesting parts of Jiu-Jitsu and is one of many people gravitate towards. However, in order to also have a certain level of success apart from all the fun. In order to achieve this, you need to have a well-structured BJJ team, one that will dominate tournaments with ease. While everyone is welcome to compete, there is a certain structure to aim towards when building a competitive team to rival the best.

A competition-oriented BJJ team is a group of people that work together with the common goal of competing in Brazilian Jiu-Jitsu. While this may seem like an obvious thing to say, look at it a bit more specifically. Training for a competition requires you to have good nutrition, a good training schedule, additional strength, and conditioning training, different partners to work with, etc. All of this requires a lot of effort and planning. Plus you have to keep learning Jiu-Jitsu while focusing on polishing your A game for tournaments. For this, you need to train with other people that have the same goal as you. This is where organizing a BJJ team correctly plays a huge role.

The Structure Of A Top Competitive BJJ Team

The structure we’re about to share with you is not the only way to organize a team. However, having most, or all, of these types of people in a BJJ team, helps a lot. As you’ll see, the team is only as good as the individuals in it. So, having a few different types of people is key to a successful team. Also, having people with different grappling styles helps in more ways than one. First, you get to roll with different kinds of styles on a regular basis. Furthermore, the guy/girl doing all the unpredictable crazy stuff is going to be on your side, as opposed to an adversary. 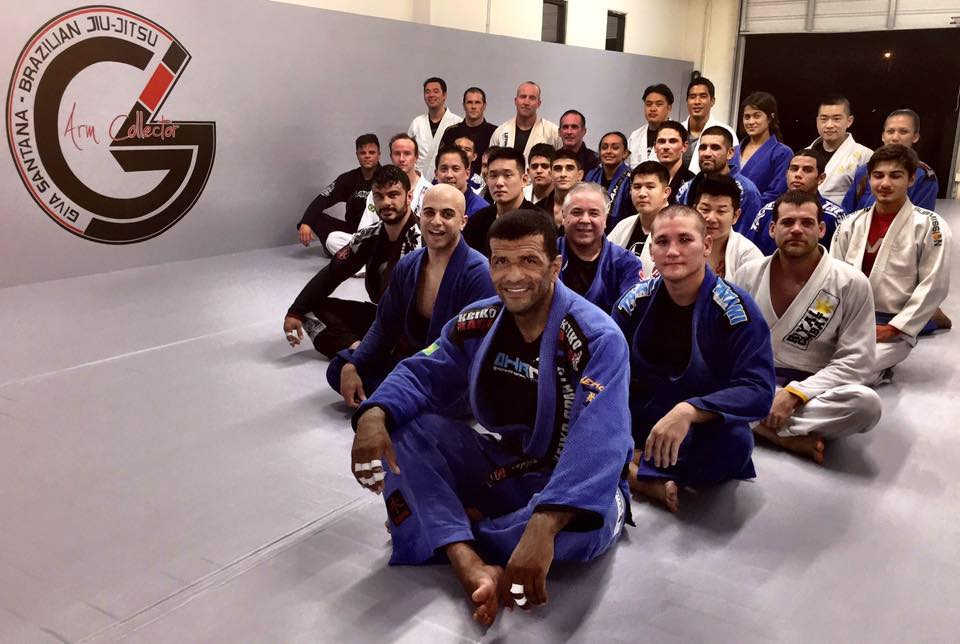 As a basic rule of thumb for balancing a competition BJJ team, make sure you go as general as possible and as specific as possible. In terms of going as general as possible, make sure you have as many people from your academy as possible to compete. You want to cover as many weight classes and belt categories as possible. This is your base, which is not the same as your competition BJJ team. For that, you’ll want only the best. Your competitors are going to feed your top team new members and/or training partners at all times. that way everyone benefits and you get a stronger team.

Having someone in every category (this includes kids as well) means you have the most chances of truly dominating a competition. Not only will a lot of people get to win or medal, but they’ll also feature heavily in the absolute division as well. This is a good problem to have, especially if you run a competition-oriented academy.

Let’s see what the core of your top competition BJJ team should include in an ideal situation.

The Guy In Charge

First and foremost, you need someone to lead the team. This doesn’t have to be you, but it needs to be one of your coaches. Contrary to popular belief, it doesn’t have to be an active competitor. There’s another spot on the team for your top competitor and it is not the leading one. This should be the person that is the most technically sound grappler at your disposal. they should know the game of all other team members well so that they could organize training and give solid corner advice. This is the point person of the team, the one without whom there’s no way to organize all other competitors.

This is the guy/girl in charge of discipline. The moment you start having competition classes, you’ll see that you need an enforcer even more. People are going to look to slack off, especially when you’re going over drills. You’ll want to have that one tireless guy who’s ready to a goal out with everyone all the time. In training, this is the guy that pushes everyone further and makes them adhere to structure. Even more importantly, it is the one pushing the whole BJJ team forward in the competition, by giving everyone the support they need. Hearing encouragement in a difficult moment from someone who really knows what you got, is a great way of pushing past momentary barriers.

This is the guy/girl that’s the tip of the spear. They’re usually an adult class competitor, mainly between purple and black belt. they live, breathe and eat Jiu-Jitsu. They are rarely interested in teaching or doing anything else than competition preparation. They’re the ones that push the pace on everyone and thrive under pressure. They’re also the ones that usually manage to win the absolute a well as their weight class, despite not being ultra heavyweights. there’s no BJJ team without one or more of these guys.

Speaking of having someone in every weight class, you need to make sure you cover both ends of the spectrum. Even it is in not at every belt level, your team must have a big teddy bear that turns into a Grizzly. The ultra heavyweights bring something else to the table for everyone, especially in training.

This is the opposite side of the spectrum to the ultra-heavyweight. This is the rooster to featherweight guy/girl that’s technical as hell.  As if that’s not enough, they’re usually tireless, having the energy to go at a lightning pace for hours. They’re also the person that has the sneakiest weeps and submissions possible. They’re a real gem to have in competition but are also key during those tournament prep training sessions!

What is truly necessary for a BJJ team to have as well, is a strength and conditioning guy. It doesn’t have to be a specialist in the field, an enthusiast will do just fine. They’re crucial during training, designing the drills and programs to get you in shape for a tournament. They never run out of gas when they roll and compete and can easily find the right formula to make you perform like them.

Last but not least, everyone needs a nutrition guy. Their role is crucial, especially in the few weeks before tournaments. While everyone seeks their advice regularly, people rarely follow them until it’s time to cut weight. The nutrition specialist should know how each BJJ team member responds to weight cuts and the best formula for each. They’re the guy/girl that has no trouble cutting and are always pacing something fresh to eat. Absolutely crucial to a successful competition BJJ team!

BJJ Teams – Their Role, Mentality And Benefits For Competitors