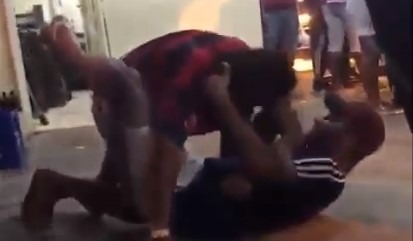 When you’re training BJJ or any other grappling martial art you have the skills to demolish high percentage of people. But, it doesn’t mean you should really do it.

Breaking someone’s shoulder like this is careless and it doesn’t fit any Jiu-Jitsu codex. There are a lot of better ways to finish your fights and convince the attacker that the fight is over.

This guy never gave his opponent a chance to “tap” or surrender. We don’t know what exactly happened but the guy whose arm was broken didn’t seem that aggressive at all.

If you want to learn how to get THE OMOPLATA submission from everywhere. Bernardo Faria DVD Omoplata Everyone is the way to go.

Check out the video below. it happened somewhere in Brazil.

Joe Rogan Chokes a Guy in a Night Club