Whatever level you’re at in Brazilian Jiu-Jitsu there’s always going to be someone that’s higher level than you. At black belt, it is all about experience and the subtle game of details. For people not yet at black belts, there are always higher jiu-jitsu belts that you’ll have to roll with. While this is not an unsettling thing for purple belts and above, people at white and blue belt always struggle. We offer some great tips on how to approach rolling with higher ranked Jiu-Jitsu belts.

If you’re training BJJ you love rolling. That’s as certain as the fact that most people like pizza. That said, rolling can either be a pleasant experience or a very unpleasant one. If you’re dominating and establishing your game you’re going to have a great time. But, when you’re on the receiving end of someone’s attacks, it’s not fun at all. This is a fact of BJJ life and it is something that is never going to go away. There’s always going to be an opponent/training partner that’s more skilled than you. This doesn’t mean that you need to be afraid of rolling with higher Jiu-Jitsu belts. On the contrary, you have a lot to learn from them. You just need the correct strategy and tactics.

Whenever you roll with higher Jiu-Jitsu belts, they’re going to be attempting new things on you. For competitors, it’s their tournament gamelan. For those working on their game, it’s anything and everything, from pressure to submissions. So, what’s your best approach to rolling with higher Jiu-JItsu belts and surviving the experience?  After all, the point is not the feel scared of rolling with them and actually learning from the roll. it is normal for your mind to go blank and for you to tun into a guinea pig fora top brown belt, for example. For a white belt, this can be a very uncomfortable experience. That feeling is quite common actually. It can be frustrating and depressing. And you will get smashed. But you can get something out of it. In fact, you can learn a lot from it if you approach things correctly.

First and foremost, ditch the random moves. You must understand that it is in the nature of more experienced grapplers to constantly attack.  This means every half-ass attempt you make is actually going to open you up even more. What follows is the inevitable domination that can leave you  discouraged, 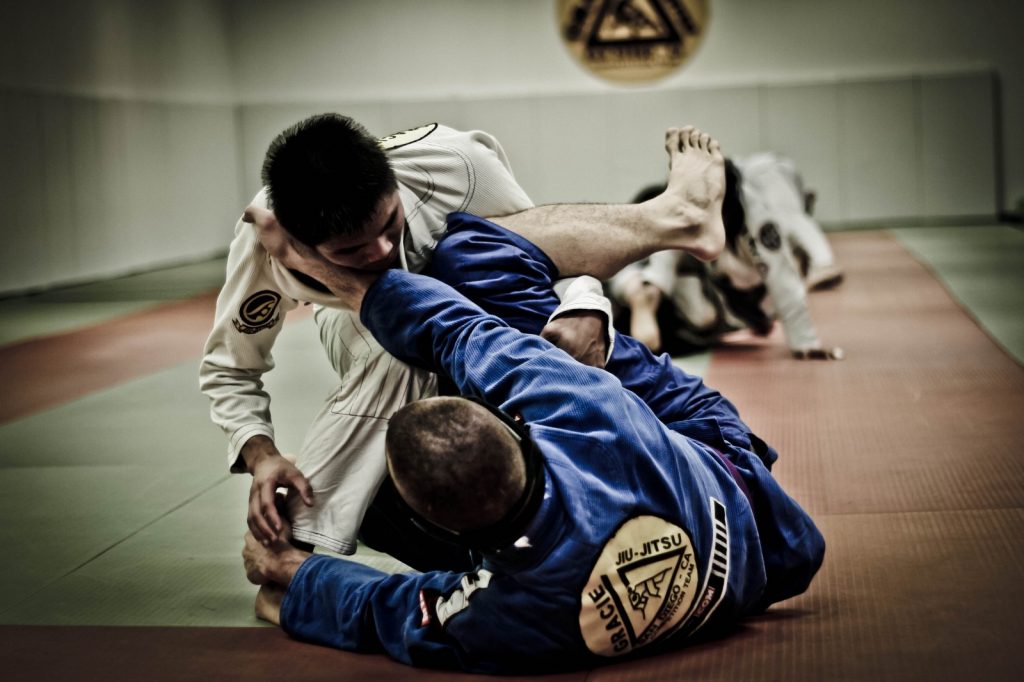 The solution is easy. If you’re a blue belt, for example, have fun rolling with white and other blue belts. Once an experienced purple belt or brown belt gets a hold of you, though, its time to switch tactics. In other words, focus on defending yourself the best that you can. Use each roll with higher Jiu-JItsu belts to sharpen your defensive skills and strategies.

When you focus on your defensive game, you leave all unnecessary movement aside. Working on improving your defense skills, makes it easy to set specific goals easily. And even if you get dominated (which you will), you can still achieve your specific goals. You might even survive without getting submitted which is a victory in itself.

For example, if your purple belt training partner passes your guard every time you go for it, you need to re-evaluate. if they pass the same guard in the same way 7 times during a roll, you need a new goal. Your goal should now be defending at least one of those passes. Slowly look to reduce the number of times they pass your guard during a roll.

Another approach would be to work on guard retention. Make sure you can stay in your guard for a certain amount of time like a minute. The goal is to make this two minutes, then three and so on. This is great progress as you’ll later be able to use that guard to set up attacks of your own.

In another example, you’re rolling with your instructor. He/she easily sweeps you every time you try to pass their guard. If you analyze this for a bit, you’ll notice that they’re exploiting a weakness of yours, rather than going at it. You’re probably in the wrong position for a certain guard pass, to begin with. the trick here is to ask yourself why higher Jiu-Jitsu belts continuously sweep you from that position.  Do they have strong grips on you? How are your posture and your base? 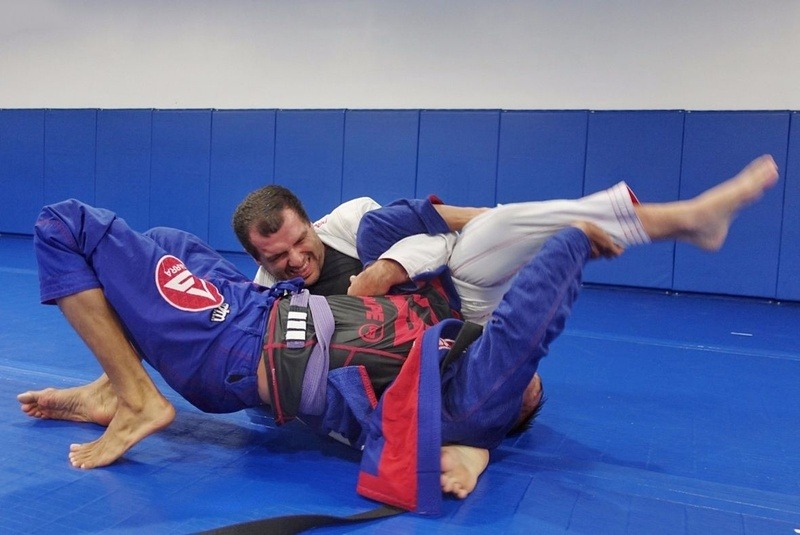 After all, just because you’re on your feet, it doesn’t necessarily make passing your best option. In fact, you need to stay safe, just like before and only then look to progress. Mind you, you’ll get swept even from an outstanding position. But this is going to make you slightly better at it every time until it becomes inch perfect.

After asking yourself these questions, if you’re still at a loss it’s time to broaden your circle. namely, talk to higher Jiu-Jitsu belts about your issue. Better yet, talk those that seem to get you every time from the same position. Which brings us to the next strategy.

Rolling is one of the best learning methods available in grappling martial arts. If you’re a BJJ beginner, you might feel discouraged every time higher Jiu-Jitsu belts beat you, especially in the beginning. Do not despair, this is perfectly normal. Remember, your training partners have spent a long time refining their techniques. you’ll have to go through the same process yourself, there’s no way around it. You will have to practice your techniques over and over. However, your best approach is to view every roll as a learning opportunity. SImply use higher Jiu-Jitsu belts to sharpen your own skills whenever you roll with them.

So, next time you spar with a higher ranked belt, talk to them right after the roll. Ask what they fond lacks in your game. Make sure you use their knowledge to identify the holes in your game. Moreover, make sure you ask them which direction you should go toward wit your own BJJ game. With this attitude, you will stop being scared of rolling with higher Jiu-Jitsu belts. Actually, you’ll start getting the most out of each roll and progress is inevitably going to follow.

5 Mount Escapes for BJJ That You Have to Know