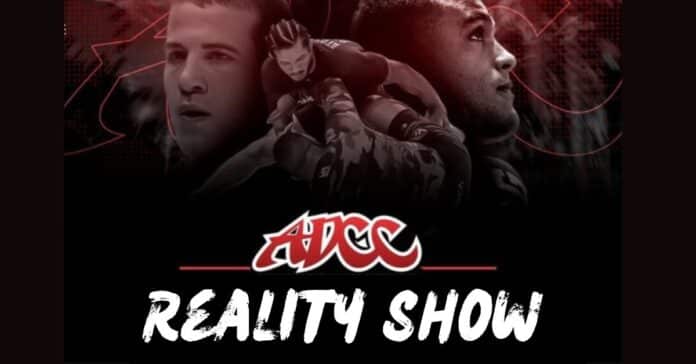 Gordon Ryan vs. Andre Galvao… but not a Superfight, we already saw that. Instead, imagine them as opposing coaches for teams in an ADCC reality show, put together by ADCC head organizer Mo Jassim. It is like the Ultimate Fighter, but with less needless drama and more grappling, set in beautiful Puerto Rico.

Ready to tune in? We certainly are!

Yesterday Mo Jassim, the Dana White of ADCC, shared his upcoming project for the next year in a live YouTube video and it is nothing short of CRAZY!

Team 1 features Gordon Ryan and John Danaher as the main coaches. They can bring about anyone they like to help with the coaching. knowing them is going to be a blend of extremely famous and some extremely dangerous upcoming grapplers.

Team 2 is supposed to be Andre Galvao’s crew. which means a bunch of standout coaches and competitors from the Atos team, handpicked by Andre.

But that’s not all!

With wrestling becoming more and more prevalent in grappling, Mo Jassim will add experienced wrestlers of Olympic caliber like Henry Cejudo and Jordan Burroughs (both of which he already talked to about the show) to each team.

The format will include 8 grapplers from the -77 kg division and 8 from the -66 kg division. They won’t just be any grapplers, though, but some of the most popular ADCC competitors from the past few events. In other words, expect names like Thommy Langaker, Roberto Jimenez, Oliver Taza, Lachlan, Diogo Reis, Kenedy Maciel, and the like to battle for a direct invite to the ADCC 2024 event.

The ADCC reality show is going to take place in Puerto Rico (where Mo Jassim lives) and he already has a fancy beachside property with glass walls and a training area overlooking the ocean ready to go!

Mo would like for the show to be different and avoid the usual “drunk guys in a house” stereotype of combat sports reality shows.

As of now, Jassim is still searching for the network to produce the show, with Flo Grappling in the running, as expected, but facing stiff competition from some of the major networks in the US!

There are also whispers from the ADCC camp about a restructuring of the main event format. According to a source, there could be more weight divisions, but at the same time, fewer grapplers per bracket (8 instead of 16) which would significantly shorten the time per category.

The main reason behind this type of restructuring is to make the ADCC more viewer-friendly.

Mo also mentioned cooking up something “special” and “never before done in combat sports” for the finals and Superfight of the 20204 edition. According to him, it is “extensive and mind-blowing”.

He also expects to include video action replays for those, not in the crowd, and he promised tickets for veterans as well.

ADCC 2024 is set for Las Vegas again, with Mo in charge for the third year running and it seems like it is going to be bigger and bolder than ever and supported by an ADCC reality show in addition to the trials!

It is a great time to be a grappler!