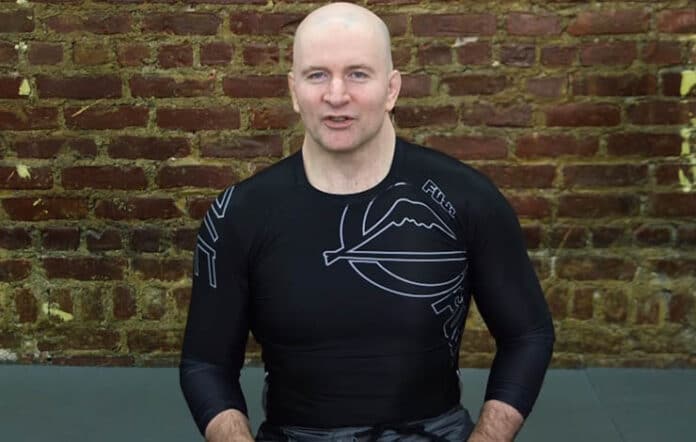 John Danaher is a name that everyone in Brazilian Jiu-Jitsu knows. A decade ago, the only people that knew of Danaher outside the Renzo Gracie Academy and local NYC BJJ scene were UFC fans that had seen him on “The Ultimate Fighter” as GSP Jiu-Jitsu coach. Danaher became what is arguably the most famous BJJ professor nowadays thanks to the result of his students who decimated their opponents with leglocks in the early 2010s, launching a huge overhaul of BJJ as we knew it. Today, we’ll share with you a few John Danaher BJJ pearls of wisdom that will change the way you approach Jiu-Jitsu. Enjoy.

Danaher’s taken BJJ is different than most, which is why people love hearing what he has to say and love reading his daily Instagram posts. The man was after all a philosophy doctoral student and can express himself very profoundly and eloquently.

The way John Danaher breaks down the essence of BJJ is in two main elements that end up intertwined and connected: art and science.

According to him, all the mechanical details we use to make things like submissions or sweeps work have a scientific explanation, mostly through the principles of physics involving levers, frames, balance, and pressure.

In addition to a scientific reason why things work, The John Danaher BJJ philosophy dictates that there’s also an aesthetic side to the sport. This is represented by the choices athletes make during rolling, allowing them to express their selves within the compounds of Jiu-Jitsu exchanges. The choice of specific moves out of tens of thousands of options marks a personal touch to things, which Danaher dubs the artistic side of Jiu-Jitsu, which is not just about high percentage moves, but also about beauty in movement. 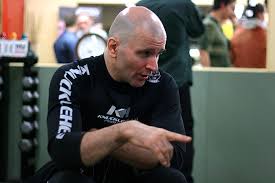 To be honest, he has a great point – done well, Jiu-Jitsu seems effortless, it is just pure, fluid motion, like magic. This can only be achieved when someone is doing the things that fit them the most, rather than going for the high-percentage stuff.

1) make an observation that describes a problem

3) test the hypothesis, and

4) conclude and refine the hypothesis

In BJJ, when you choose the moves that help you express yourself, you then try and figure out how to make them work against everyone, by applying the scientific method. That means pinpointing a problem and going through all four steps to figure out if it is going to work or not.

A key piece of John Danaher BJJ wisdom here is not to get discouraged by failure. The key is finding balance – do not give up on a move immediately, but do not be stubborn about making it work if repeated experiments show it is not effective.

Finally, look to divide your training into a year so that you train for competitions during certain periods and growth during others. The competition periods are when you polish your A-game, trying to impose it on everyone, regardless of the belt. Growth cycles involve applying the scientific method and experimenting so that you widen your game.

The Power Of Jiu-Jitsu

This aspect of the John Danaher BJ Japproach is something I love. Opposite to many light-hearted memes out there, Danaher claims that Jiu-Jitsu can’t just magically improve your life and make you a better person.

According to Danaher, BJJ will bring out your character, whether you are a nice person or an a$$hole. The way BJJ affects people is by giving them power by accentuating their character even more. For example, if you find yourself in a 1-on-1 unarmed altercation, if you know Jiu-Jitsu you will easily dominate, regardless if you’re a nice person or not. Depending on your character, this can mean that you can use this power to save somebody or become a much more proficient bully or a criminal.

BJJ does not discriminate in that way, and will not change the core of most people. What it will do, though is humble everyone, which again, can be processed differently by different types of people. The bottom line is that everyone comes in the gym carrying baggage and BJJ will heighten it by giving you physical power to boost your character.

From a more technical standpoint, the power of BJJ during exchanges is the result of a combination of tactical and mechanical advantages to focusing a high percentage of strength on a part of the opponent that has a very low percentage of strength. Moreover, the focus is on a critical point of their body, so that the result will leave them unable to fight further.

What Needs To Change In Jiu-Jitsu?

Never shy of speaking his mind, Danaher has three specific aspects of Brazilian Jiu-Jitsu that he has dedicated his life to change. The first one is not going to surprise you, as he has already achieved it: getting people not to ignore 50% of the human body and accept leg locks into mainstream BJJ.

Apart from the John Danaher leg locks system that is now widely used, though, he has a couple more aspects of BJJ that he would like to correct:

First up, Danaher claims that takedowns in BJJ are far from complete. There is still too much leniency that comes from the ability to pull guard. Takedowns are not trained with vigor and dedication like in Judo and wrestling. Embracing takedowns into BJJ and not settling with being the bottom person is one of the things that Danaher is adamant needs to change in our sport.

Next, Danaher makes a point about how easy it is for BJJ people to accept that there is always a top and bottom person in the sport. Battling a wrestler who won’t accept to stay down and play guard often puts BJJ athletes in a confused state, wondering why they can’t just stay on top. Keeping someone down when you have a top position is highly underrated and undertrained in BJJ, and I completely agree with Danaher on this one. A lot more time needs to be spent on imposing a top position on someone once you gain it.

Danaher has said on many occasions that he creates systems that allow people to learn Jiu-Jitsu in the shortest amount of time possible, and apply it to high-level opposition. Well, his overall progress formula, while aligned with that approach, is somewhat different.

Danaher subscribes to the Japanese philosophy of kaizen which means constant small improvements improvement daily. It applies to anything, and in particular, is a great fit for Jiu-Jitsu.

According to John Danaher BJJ progress happens with small progressive movements towards specific goals. The idea is that we need to set small and achievable goals for ourselves daily and not just allow days to pass us by. Instead of having a few great days per month, and having all others blend into each other, it is better to make every day count by working to slowly improve. With BJJ in our focus, the subject to improve upon is easy to identify.

As long as you stop delaying things for tomorrow, or next time, and focus on how to improve right then and there, no matter how little, you’re making progress. That is the exact formula that will take you through the ranks of BJJ towards your black belt. All it takes is time and patience as you work towards your goals every single day, little by little.

There are many John Danaher BJJ quotes, stories, pearls of wisdom, and philosophies out there. The above ones are some that we thought we’d share with everyone since they concern subjects that people very often inquire about.