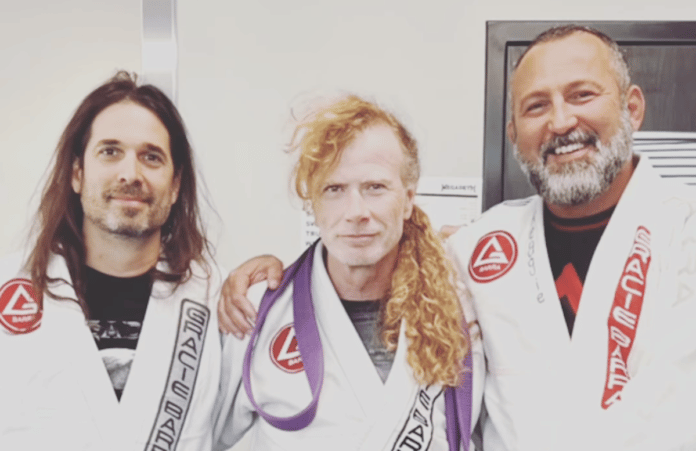 Legendary guitarist Dave Mustaine from Megadeath earned his brown belt at the age of 61!

The Threat Is Real!

If you know what good music is, you know about megadeath. If you know about Megadeth, you know who Dave Mustaine is. The co-founder of one of the best heavy metal bands ever, and the original Metallica guitarist is also an avid Brazilian Jiu-Jitsu practitioner and a good one at that!

He was promoted two days ago at Gracie Barra Spring Hill by professor Ricardo Almeida. Dave was quick to share yet another milestone accomplishment via his social media, much to the excitement and satisfaction of his fans, and Almeida was not far behind in sharing the news as well. 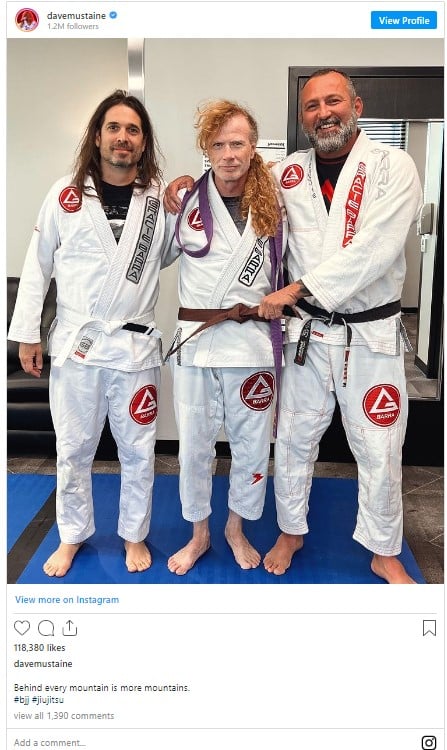 Mutsin’es caption was a true martial artist Mousashi-like statement: “Behind every mountain is more mountains”.

His professor, Ricardo Almeida stated:”Congratulations @davemustaine, All of us know how hard is to stay focus and work towards our goals. But with small and steady paces we will get there ! One step closer ! #brownbelt #backstagebjj #ontheroad #bjj #graciebarra #iamgbsh #iamgbctn #megadeth #metal #guitar #music”.

David Mustaine got his blue and purple belts from Almeida as well, the latter of which came in January of 2021.

Mustain is a black belt in Uodkan karate, and Songhai Taekwondo, and one of the most vocal representatives of martial arts among celebrities.

What really makes this David Mustaine accomplishment stand out is that his BJ Jbrown belt comes in the same week as the first Megadeath release, the brand new, sixteenth so far, studio album dubbed  “The Sick, The Dying… And The Dead!”

But get this! The six-year absence was down to Mustain battling throat cancer. HIm getting a purple belt two years ago, and now earning his brown and releasing a new album just proves that he has a never say die mentality,  and is a true fighter!! 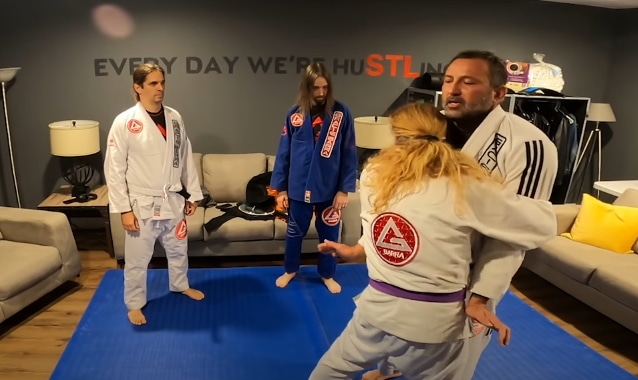 Brazilian Jiu-Jitsu remains a go-to method of training for a huge number of celebrities: