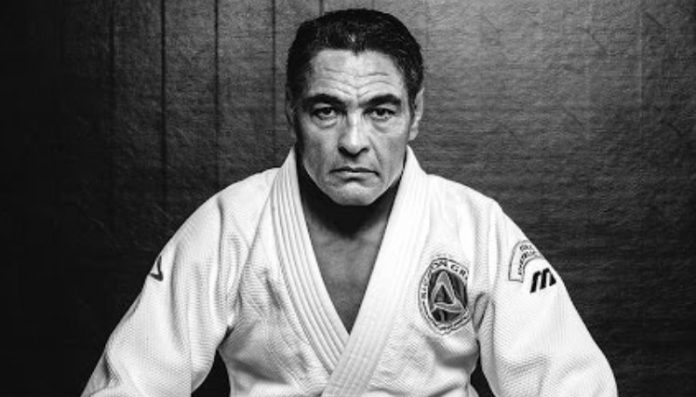 In this article, I’ll cover Rickson Gracie concept about invisible Jiu Jitsu and then I’ll cover the most important techniques from this concept. Those techniques can really upgrade your Jiu Jitsu to another level. 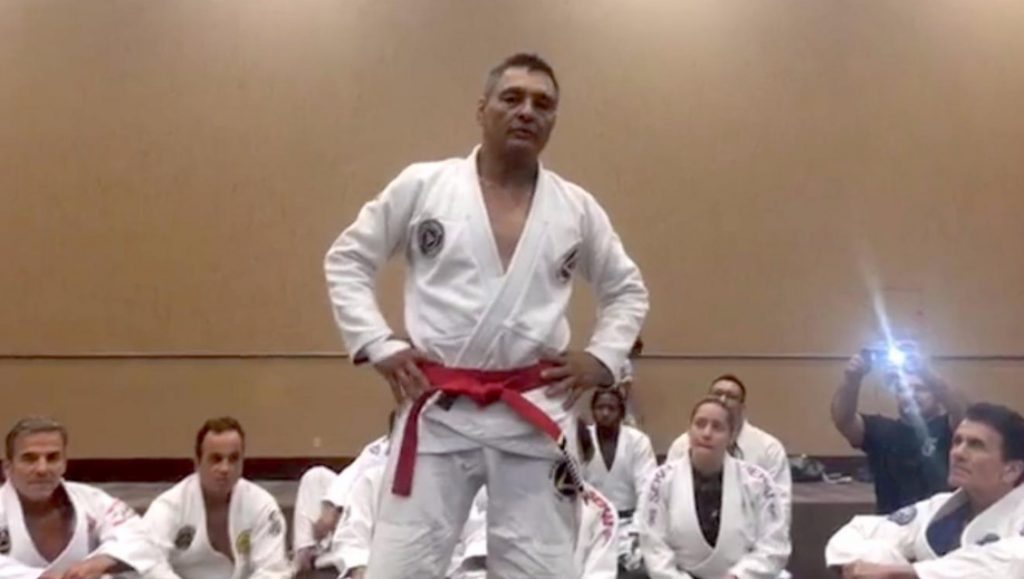 It is a concept that Rickson Gracie taught Henry Akins years ago. Rickson Gracie defines it as a concept that manages your weight distribution once you connect your body to your opponent’s body. It’s about your feeling to know what your opponent will do before he does it. When used properly that knowledge should allow you to be more effective with your body movement.

How it all started

The story with Henry Akins and Rickon Gracie goes like this. Henry Akins was a world champion blue belt competitor training at the Rickson Gracie Academy. At that time Rickson’s academy was one of the best competitive academies in the world. Henry was two-time world champion and fresh Pan-ams winner and he was much bigger, stronger and more athletic than Rickson. So, it would be normal that Rickson has a lot of problems in sparring with Henry.

They sparred and after five minutes Rickson was able to submit Henry without even making a submission. Rickson was able to produce so much pain and discomfort to Henry so that young champion had no options but to tap. From that moment Henry has been so impressed with the concept that it became a pillar of his Jiu-Jitsu and he’s the one spreading the invisible Jiu Jitsu concept.

What is Invisible Jiu-Jitsu

So, what exactly we are talking about here Henry Akins will explain to us in a video below.

What we could see in this video is a great presentation of invisible Jiu Jitsu. It’s about knowing when to connect to your opponent and when to disconnect.

As that video explains the main concept I’ll show you another video of Henry Akins showing a bit different way of explaining what he’s talking about. This is one very good example that you can use in your everyday training. This is also a technique that makes a difference.

I’ll try to explain what we see in this video. Let’s say that you can bench press 220 lbs. And let’s say some guy weights 220 lbs. When you are bench pressing weights you’re using your hands to push straight, but what about you have to change your arms to 45 degrees? What about when weight is starting to change the angles? I’m sure that on those angles you wouldn’t be able to bench press 220 lbs. That’s the same principle we can see Akins explains Rickson’s Invisible BJJ concept. It’s all about weight distribution and weight you’re going to use when you’re pressing at your opponent. It’s usable when you’re passing guard or you have any problems with your opponent pushing you and making you stay away. Change angles, shift weights and you should do ok.

Here is another video of Henry Akins showing Guard Passing using this concept. This is a situation that you can find yourself in a lot. And what happens is that usually the guy on the bottom slide his knee under you and you’re back in his guard. How to avoid it and how to take advantage of this concept check in a video below.

In this video, Henry Akins shows how to distribute your weight in side control top. And also how to attack from the side control top. As you can see he uses the pressure points on his opponent for which he believes they are important. If you try this you’ll see that you nullify your opponent’s movement completely. You will use your full weight on your opponent without spreading it around.

5. Using Your Weight From The Bottom

A few years ago Tony Pacensky from soulfight.net attended the Rickson Gracie seminar about invisible Jiu-jitsu at the Gracie Academy in Los Angeles. He was very impressed with the concept and he wrote this on his BJJ Underground blog:

“The real connection is often said to be the invisible jiu-jitsu that you don’t see, but only can feel. It is the difference between practicing a technique and having the teacher say, “Do you understand verses did you feel that,” to the student. The student that understands may not have a better experience compared to the student that felt the connection.”

Here is what Rickson said in a podcast about Invisible Jiu Jitsu:

“The invisible aspect of jiu-jitsu for me by far the greatest and the most interesting. Because it is not based on what I see it. It is based on how I feel it. That’s why it is invisible. It’s not about seeing. You may see the same guard position, but you feel different if you put pressure here, if you lie a little more here. That’s what I try to promote! It’s the capacity once you have to develop your own sensitivity for what is invisible.”