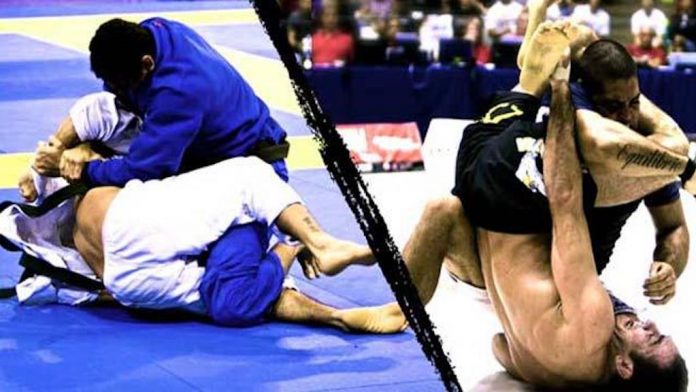 Among all the debates in the world of Jiu Jitsu, there’s one that stands out profusely in modern times. The Gi vs. No-Gi debate has been around since the first time someone in Brazil was too hot decided to take the top of the Gi off, but it’s gotten a different dimension lately. The popularity of No-Gi competition formats with original rules has caused the debate to shift towards the question ‘which type of competition is better’?

The rise of EBI and, more importantly, it’s unique and effective ruleset, has seen an old debate sparked into a new life. With plenty of organizations worldwide accepting the improved ruleset No-Gi seems to threaten the reign of Gi competitions as the proffered option. What makes the difference more than anything is the type of rules that apply to the competition, not the clothes worn by competitors. Before we decide on any common solution, let’ take into consideration all the arguments for both styles.

Competing in the Gi has been associated with BJJ from its roots, and especially so after the world met Royce Gracie. The winner of the first few UFC events was a little Brazilian guy in a Gi, who destroyed every opponent with ease. Since then competing in the GI has become a BJJ staple.

All the major competitions against which the success of top competitors is measured are in the GI. The IBJJF is the leading world organization (although UAJJF is catching up fast) when it comes to traditional competition formats. Most of the events worldwide, and all of the highest level events are held by one of these two organizations. Seen by many modern competitors as too restrictive, both organizations have a very elaborate ruleset.

One might argue that IBJJF rules enforce stalling and it’s easy to see where that stems from. First of all, an IBJJF match can not end in a draw – there has to be a (clear) winner. The best way to win, of course, is by submission. Second, best are points, which are gathered according to positional dominance and control displayed throughout the match. When two competitors are really close, small details in the form of advantages decide the outcome. And if everything is in complete balance, it’s down to the referee’s decision.

Ruleset-wise, the “traditional” approach to Brazilian Jiu-Jitsu imposes a variety of restrictions when it comes to techniques and moves that can be used during a match. Namely, the IBJJF (and UAJJF) insists that different levels of competitors have should stick to a selection of techniques adequate to their level. For example, toe holds and kneebars are only legal for brown and black belts, while heel hooks are illegal for everyone.

No-Gi competitions are a completely different animal. Most of the No-Gi competitions are organized in a submission only, long duration format, in which there are no points. This platform is based on the idea that without worrying about or gunning for points to win, submissions are going to be the main focus. Every and all techniques an moves are considered legal at all levels.

Two major rulesets prevail when it comes to No-Gi competitions: Eddie Bravo’s EBI rules and those of the ADCC. 10th Planet founder and No-Gi ambassador Eddie Bravo have come up with arguably one of the best systems for competition. His system also offers a winner in every fight, though in a completely different fashion than the IBJJF. The EBI format is a sub-only one, putting the emphasis on submissions as the most desirable way to end a match. It allows for an extended time to work (10 minutes) after which, if there’s no winner, overtime rounds kick in. And overtime is where this formats gained its popularity. This is the unique fashion in which Bravo organized overtime rounds:

ADCC (referred to as the Olympics of grappling) is set up in two-part rounds. The first part is sub-only with no points awarded, after which points come in to play. Overtime rounds are also included, very similar to IBJJF rules, but without limiting techniques.

When both of the competition formats are compared, there’s a clear reason why such large differences exist. And it is not because of the clothes that competitors wear. In all fairness,  Gi does allow for increased control over the opponent, which can lead to stalling, but this is not always the case. Actually, sub only matches can be stalled just as effectively. So, the main problem lies elsewhere – the rules.

Rulesets are what defines the manner in which competitors approach matches. First of all, competitors are going to look for the win in any manner available. So if holding a position brings the victory they’re going to hold on for dear life.

The techniques that are allowed also play a major rule in how the match is going to take place. A competitor might decide that he/she is going to hold a position of unreal safety, where there’s no threat of submission just because all the attacks from the position in question are banned by the ruleset.

Two things are clear from the situation in which competitions are organized at the moment. Primarily, the rules of the format dictate the speed, direction and thus the level of entertainment of the match. Secondary, not one ruleset out there is perfect, guaranteeing entertainment and high-level Jiu Jitsu at the same time.

A practical approach would be to create a hybrid platform, taking the best out of both worlds in a unified ruleset. Politics aside (yeah, I wish) a unified ruleset would bring about both a great platform to compete on. Not only that, but one unified platform will settle the question of who the greatest competitors are once and for all. 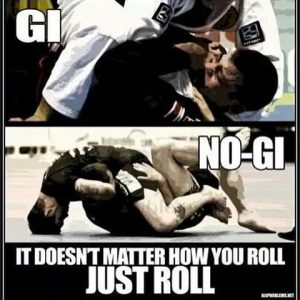 The ideas stated above are my own and are by no means a solution to the competition conundrum we have on our hands. However, it’s a direction of thought, that might offer a simple solution to a complex problem. It’s not that hard to imagine a ruleset that would benefit all involved and show the true beauty of our art at the same time.

After all, if nothing else works, we can always embrace Combat Jiu-Jitsu rules and slap the hell out of each other.