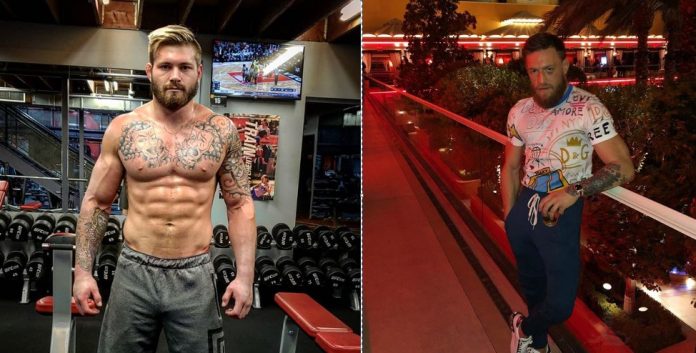 Gordon Ryan gave his opinion on Conor McGregor’s performance in a fight against Khabib Nurmagomedov.

“So I saw a quote from Joe Rogan podcast from McGregor’s coach and I can only hope he didn’t say this. He said something like “we knew Khabib would get the takedowns early on. So we planned to just ride them out and not get exhausted early on and just make it through the 1st couple of rounds”…. dude.”

“You guys had 2 f*cking years to prepare for this fight and you couldn’t come up with a creative and reliable way of getting back to the feet? In 2 years of preparation that’s the best plan you had? To “ride out the takedowns on the bottom and save energy?” Lol how about game planning robust ways of hip heisting and getting back to your feet to actually attack. Wtf lmao”

But what John Kavanagh actually said was: “Conor is always in the gym but we officially had like 10 weeks of preparations for this fight!. That’s the time when we were told his next fight will be against Khabib”.

Rogan asked Kavanagh, was there anything that was surprising in the fight?: “the style of takedowns was what we expected and we spent a lot of time preparing for that. We expected in round 1, it was for sure Khabib’s gonna get the takedown. The Goal of round 1 was to get out of it while still having energy. We didn’t want to put a huge amount of effort into trying to get up in round 1. We saw it too many times and fighters get really tired so… In round 1 the plan was to fight as hard as we can, but if end up on the ground and end up on our back, try to play guard until the bell.
For Round 2 same plan, do as much damage as we can but if we end up on the ground don’t put a huge amount of effort to get up because Khabib is a real master of grounding people.
In round 3, things started turning a little bit in our favor and we did a lot better keeping the fight in the middle, defending the takedowns. Our plan was to slow him down and watch him slowing down in the 3rd, 4th, and 5th round -Kavanagh said!”

For the rest of the interview of John Kavanagh and McGregor’s Nutritionist George Lockhart,  the writer of the best Book/ebook/DVD on performance nutrition, sports recipes, weight cutting, etc.. watch a podcast in a video below