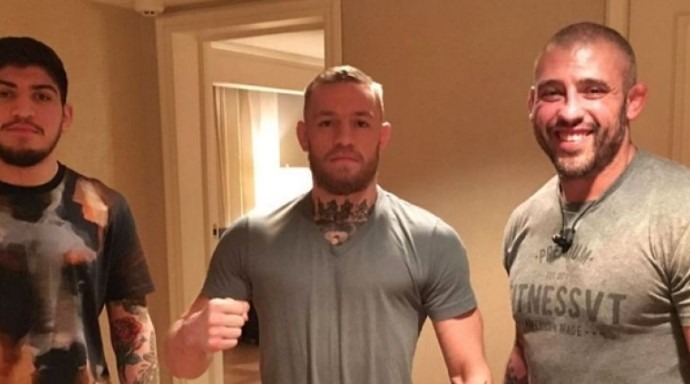 The best in the fight nutrition business, by far is George Lockhart. Currently, George is in the focus along with Conor McGregor, whose camp he is in. However, Conor is definitely not the pinnacle of George’s work. After all, he has coached over 100 UFC fighters in nutrition and weight management, 11 of the world champions. Actually, he is the nutritionist of Georges St. Pierre as well and has been for a number of years. Still, his work is really known to people that don’t hire him. This often raises the question about what the George Lockhart diet is and what are some of his main diet tips for grapplers?

The real reason George Lockhart is so successful with his nutrition advice is simplicity. He is a very down-to-earth guy who doesn’t like to do unorthodox stuff in terms of dieting. After all, he does follow everything he says himself and is shredded and in the shape of his life. He also used to be a marine and even has a medal for the nutrition plans he provided the Army with. The George Lockhart diet is one that works because it is based on principles instead of templates.

Geroge’s approach to dieting and cutting weight for fighters and grapplers have drastically changed the world of martial arts. Currently, most people in the game are either using or looking into his methods. The thing with Geroge is that, much like Danaher, he is available only for direct work. Up until a short while ago, there was no information about what the George Lockhart diet is all about. Now, all his secrets and diet tips for grapplers and MMA fighters are out.

The George Lockhart Diet Tips For Grapplers And MMA Fighters

Eating the Geroge Lockhart way is actually not hard at all. There’s definitely a lot of science involved in the Geroge Lockhart diet. However, that doesn’t mean that it is complicated or that they need a degree to follow the basic principles. Just like conceptual BJJ is far better than simply going for one technique after another, principle-based nutrition beats templates. There are no X weeks to shredded or nonsense like that. Lockhart’s approach is simple and it works for everyone.

What George advocates above all are following common sense. There’s nothing magical about his diet tips for grapplers and fighters. He likes to limit his fighters to non-processed foods only. As much as you think you’re already doing it, you’re wrong. As you’ll discover later in this article, processed foods have a way of creeping into your diet. 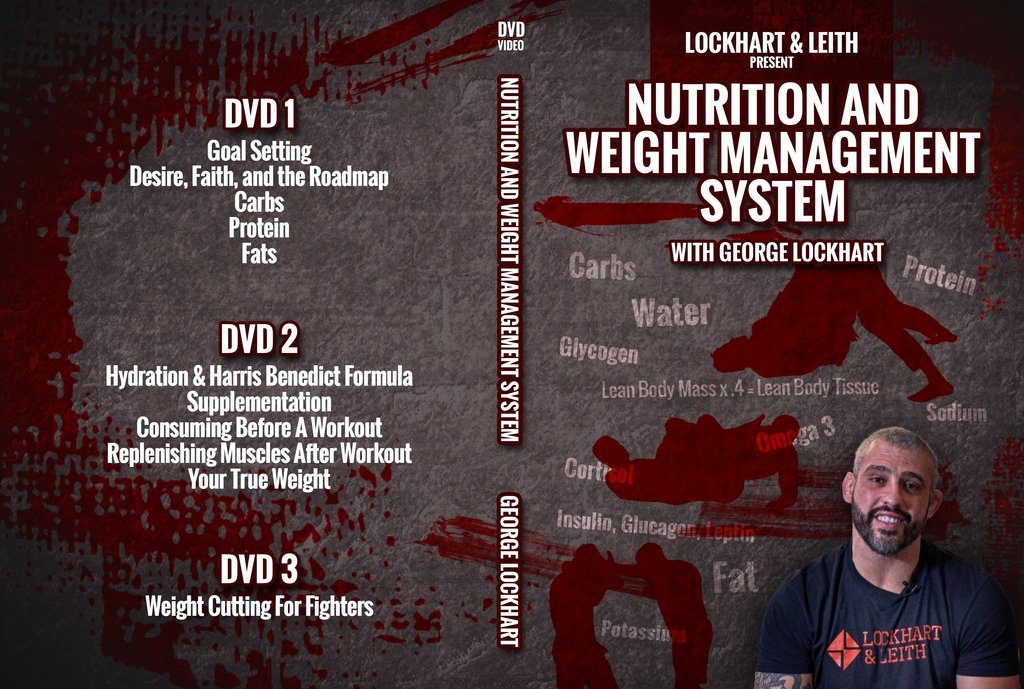 Geroge also likes to use simplicity in supplementation and his pre and post-workout meals. Unlike many other nutrition specialists out there, the George Lockhart diet actually does not require you to drink protein right after training. Crazy right? Well, not BJJreally, if you stop and think about it.

If you truly want to gain a deep insight into the George Lockhart diet, you should know that his principles are no longer a secret. The man decided to issue a bundle that you can acquire very easily. His works are organized in 3 DVDs and an E-book. Inside the “Nutrition And Weight Management” bundle, you’ll get all the information you need about macros, weight cutting, hydration, a ton of recipes and much more!

In today’s world ruled by sugar and sugar derivatives, it is really hard to avoid them. Even people that think they’re going sugar-free, are actually ingesting large amounts of it. Of course, I’m not talking about natural sugars, like honey or dates here. I mean processed sugar and all other processed sweeteners in use. The trick with it is that you get them in both savory foods, like pizza and bread as well as sweet ones. 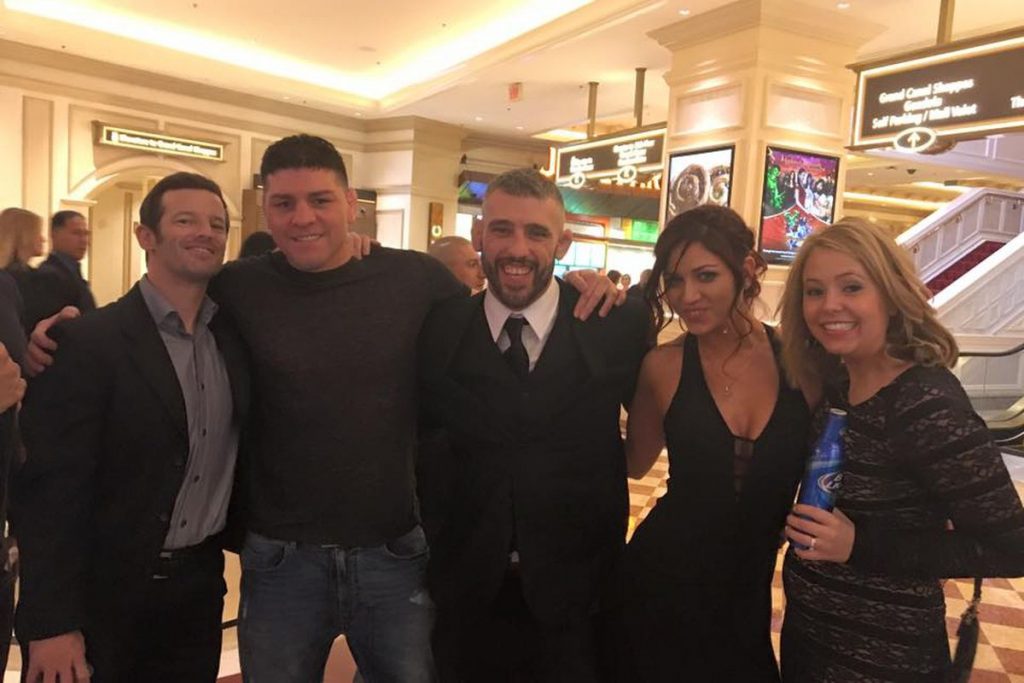 The key problem with sugar, according to Lockhart is that it has a never-ending cycle. the more sugar you ingest, the more hungry for sugar you get. And we all know how that can end, especially if you’re a fighter who’s been withholding it for months. Luckily, the George Lockhart diet has a solution to this common problem.

What Lockhart does is add a bit of cinnamon to some warm water. He propagates anything, from a stick or teaspoon to a tablespoon of the stuff. Cinnamon has actually no impact on your caloric intake but is incredible in cutting sugar craving down. If they’re followed by hunger, George likes to throw in some psyllium husk to make it a fiber-rich drink. Now you cut sugar cravings and stop hunger in one motion. This is just one example of the many diet tips for grapplers he has to offer.

Here’s where George is going to make a lot of people wonder if he is right. Let me help you-he is. He knows his stuff and is one hundred percent right. The main source of fuel for people is not carbs. but fat. The reason for this is that most of our daily lives require aerobic energy systems. While fat is not the only source, it is the primary one.

Now, in anaerobic endeavors, like training Jiu-Jitsu or MMA, you need to tap into a more fast-acting source. This is where carbs come into play. The carbs your body uses are mostly from the glycogen stores in the liver and muscles. The key trick here is that you need to ingest protein, to make all the carbs in glycogen available to the body. So protein before a workout? Yes, definitely. Another of his crucial diet tips for grapplers is to pair protein with honey for maximal effect.

However, gulping down a protein shake after a workout is not going to do anything for you. Your body requires carbs after training and lots of them! Protein does absolutely nothing for you. It is a misconception that is leftover from outdated bodybuilding practices. It’ll work for builders, but not for grapplers. So stick to carbs like dried fruits after rolling.

As far as supplements go, George doesn’t advocate their use but doesn’t forbid it either. Supplements are a highly individual thing, so using some might actually work for some people. The thing with supplements is that they’re processed products. And, as we covered earlier, processed foods are a no-no in the George Lockhart diet.

One thing that Lockhart absolutely avoids is fat burners. As he states, fat burners work in of two main ways, neither of which is healthy. Fat burners either jack up your heart rate so that you do not want to even think about food or they suppress appetite. Both ways are due to a bunch of chemicals that are anything but natural, so they have no place in the George Lockhart diet. What’s worse is that the body gets used to fat burners so you’ll need more and more to get an effect. Diet Tips For Grapplers

As far as approved supplements go, George likes to use vitamins, especially with deficient athletes. Those most deficient in certain vitamins are usually vegetarians and vegans, so they should definitely pick up a vitamin supplement.

The one thing everyone out there wants to figure out is fat loss. Whenever someone mentions a nutritionist, people think about fat loss and shredded abs. Regardless if the goal is a six-pack or maximum performance, people always have fat loss in their mind, even if it’s not a priority.

Training-wise, Lockhart advises doing things you want to increase training hours. Whatever you like doing (for grapplers, that man’s more BJJ) is the best way of sneaking in more hours and leaning out. Furthermore, the main thing in fat loss, especially for grapplers and fighters is that it mustn’t be a priority. Fat loss is a certain by-product of the George Lockhart diet. The main goals, however, are better health, increased performance, and more strength and power. Having abs comes as a great bonus!

Why do so many fighters turn to the George Lockhart diet is that they’re never hungry. Geroge has his fighters eat up to 10 times a day, meaning they never go hungry. At the same time, they manage to strip the pounds off, while keeping their power levels intact. this is the delicate balance of weight cutting that so many got wrong before.

As one of his main diet tips fo grapplers and MMA fighters, Lockhart likes to manipulate water to get his athletes on weight. However, he doesn’t like to dehydrate fighters, as many others do. Instead, he does water loading, so that he tricks the body into thinking it needs to shed water. This means that when you actually stop water, the body will continue pushing it out. The best thing is that he does this on the last day or two before a weight in, meaning your body is never dehydrated. He keeps drinking water while he loses water to make weight. It is like magic.

For same-day weigh-ins, which are common in grappling, Lockhart advocates cutting no more than 5 lbs in the days leading up to it. Anything more brings the risk of dehydration and fatigues your organism. That means you’ll make the weight, but be completely useless in the fight.

This is the burning question for people on 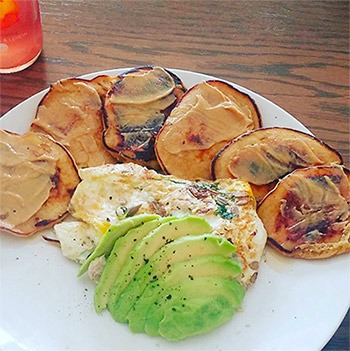 every kind of diet out there. Cheat meals are a staple of athletes’ diets, especially when people are cutting weight. It is not unusual for grapplers and fighters to binge like crazy on a weekly basis especially after a competition they cut weight for. If you ask Geroge, he never has to cheat meals. However, he does advocate a form of them. In fact, some of his best diet tips for grapplers are in this department.

When it comes to cheating meals, the Geroge Lockhart diet forbids anything processed for a cheat meal. Other than that, you can have whatever you want. The no processed food rule means no fried food or fast food. While people can’t perceive this as a cheat meal, it can be one, depending on the quantity. Geroge’s cheat mals allow you to eat as much as you want, as long as you’re still adhering to the principles of his diet.

Geroge Lockhart system is by far the best one out there in modern times. It is based on science and has been proven to work for fighters of all weight classes. Moreover, it is a very affordable one as there are no expensive “must-have” supplements. This one is a life changer and the sooner you get on it, the better you’ll perform and feel.