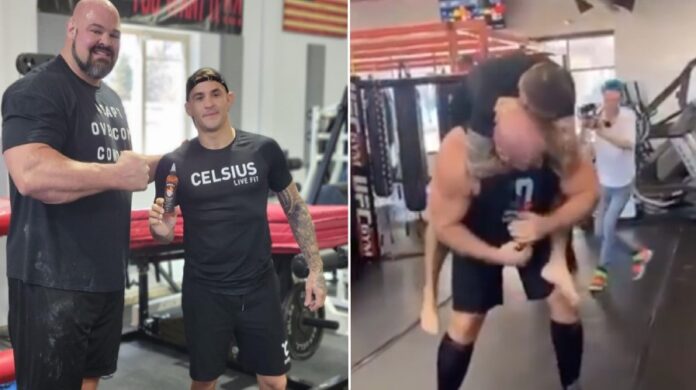 Dustin Poirier and Conor McGregor have unofficially agreed to fight in the lightweight category, which should take place on July 10 in Las Vegas.

On the occasion of preparations for the trilogy against Conor McGregor, Dustin Poirier chose an awkward training partner. Namely, it is about Brian Shaw, a four-time winner of the “World Strongest Man” award.

At one point Dustin Poirier took Brian’s back and secured a rear-naked choke and forced him to tap. As always, every story has two sides so does this one.

@DustinPoirier getting that choke on 4x World’s Strongest Man Brian Shaw because size don’t mean jack on the mats. pic.twitter.com/8SEdZQ0DtM