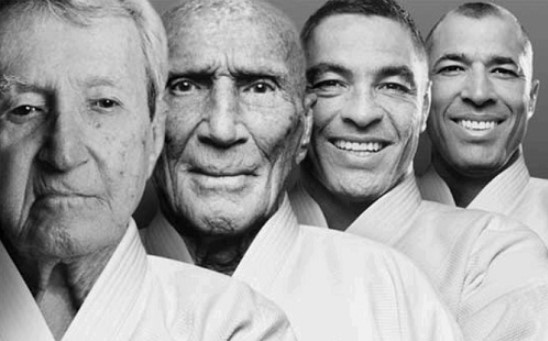 Gracies had a hard time spreading their art to the world. It took almost a century until the world found out what Brazilian Jiu-Jitsu really is and how effective it is. It took a lot of modifications to the previously known arts, a lot of challenging fights and above all, it took a lot of enthusiasm and belief in something. In something that will prove to the world that fighting is much more than just kicks and punches.

Helio Gracie was learning Japanese Ju-jitsu from his older brother, Carlos Gracie. Carlos learned Japanese Jiu-Jitsu from a Japanese master Mitsuyo Maeda in the early 1900s. The thing is, Helio Gracie was very frail. As a young boy, doctors restricted him from involving himself in any type of physical activity because he would run up a flight of stairs and pass out from exhaustion. They didn’t know what it was, they just knew that he really couldn’t participate in anything strenuous.

When Helio Gracie learned Japanese Ju-Jitsu techniques as a young boy, he wasn’t as effective as his older brothers. He didn’t have the physical attributes that were required to make these techniques effective.

Out of necessity, Helio began modifying the techniques, reducing the amount of strength, power, and explosiveness necessary to make them work. And he began incorporating more leverage, timing, energy efficiency, and technique ultimately.
These modifications gave birth to what is now known as Gracie Jiu-Jitsu or Brazilian Jiu-Jitsu. Helio became so proficient in his modified version of the art that he surpassed his brother’s ineffectiveness.

The Beginnings of Gracie Jiu-Jitsu Challenge Fights in Brazil

At that point, he began engaging in challenge fights, Gracie challenge Fights in Brazil in the 1930s, 40s, and 50s. His whole goal was to fight as many martial artists of other disciplines as he could to prove the effectiveness of his style in real combat. His thought was if he is a small, week and unathletic guy and he’s able to defeat giants up to twice his size, the regular people who saw him effectively utilize these techniques would want to learn self-defense and Brazilian Jiu-Jitsu. Because they will think if this guy can learn it, so could they. And his strategy worked.

Soon, he became very popular in Brazil and everyone from politicians to presidents to businessmen and everyday men and women was learning Jiu-Jitsu from Grand Master Helio Gracie.

Rorion Gracie’s spreading of Brazilian Jiu-Jitsu to the USA

So, when Helio’s son Rorion Gracie was born in Gracie Jiu-Jitsu fighting family in the 1950s he was learning Brazilian Jiu-Jitsu from the first days he could walk. Eventually, Rorion got his black belt and graduated from law school in Brazil. At that point, he realized that even though Jiu-Jitsu had become very popular in Brazil it needed to be shared with the world. Rorion knew that if he could come to the USA and establish Gracie Jiu-Jitsu in the USA that eventually the rest of the world would catch on. And then Jiu-Jitsu would ultimately reach as many people as possible, so he went for it. 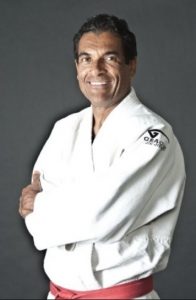 Rorion Gracie Left Brazil in 1978  and came to America with nothing but a black belt and a dream to share his family’s techniques with the rest of the world. He established himself in Southern California, but he couldn’t find an academy to teach at because everyone was still in a Bruce Lee mode. They were all about the prettiest punches and kicks and no one had the respect for what Jiu-Jitsu represented. The close quarters’ grappling submission style of fighting that Jiu-Jitsu was. As he couldn’t find a place to teach, he had no choice but to open up a school in his garage in Hermosa Beach, California. At that point, he began teaching classes to everyone he met in his two-car garage.

Every student that Rorion has met, he would invite for a free class and if that student told a friend he would get another free class. And if their friend gets another friend to train he will also get a free class. If someone brought 10 friends he would get 10 free classes… So, little by little, the word of Brazilian Jiu-Jitsu spread and Rorion got to the point where he had 130 students training with him every week in his garage. There were also 80 people on the waiting list to get into Rorion’s garage. 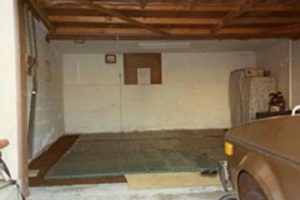 Several times throughout those 11 years in Rorion’s garage, students of Rorion who practice other disciplines like Karate, would go to their karate master to tell him about the teaching in the garage. The karate master would always shake it off and say the stuff like, “you know that doesn’t work on us.” And that was the beginning of the Gracie challenges that would take place in the US.

Every time someone shook off Gracie Jiu-Jitsu like that, the street would notify Rorion about it. So, Rorion opened up an invitation saying that if they believe in their punching and kicking they should come to the garage to try it out against Jiu-Jitsu practitioners to see what happens. So, these people would show up on a regular basis and these challenge matches went down. Karate, Tae Kwon Do, Kung Fu, Kickboxing and Boxing masters would come to the Gracie Jiu-Jitsu academy after practicing their art for 30 years and they would get choked out. Usually no less than a minute, maybe two minutes max.

To those martial arts masters, it was always a very eye-opening and shocking experience. They’ve been practicing for 30 years and against someone who’s smaller, weaker, less athletic they were not able to do anything. So, Brazilian Jiu-Jitsu started building a name on a very local level in California.

The Birth of UFC

Rorion then realized that in order for the rest of the world to find out what Brazilian Jiu-Jitsu is it would have to go on television. That sparked the creation of the UFC, The Ultimate Fighting Championship.

The first UFC was in November 1993 and Rorion was very clever about fighters he’ll bring to UFC at that time. He sought out the toughest, worst, meanest, and most reputable martial artists he could find of various disciplines. Then he chooses his brother, Royce Gracie, to fight those beasts and represent the Gracie Jiu-Jitsu. He did so because he knew that Royce would be the smallest representative out of all the martial artists in the competition.

Rorion knew that it would be the greatest testament to the Brazilian Jiu-Jitsu art and not the individual using the art. If people saw Royce defeating larger opponents with nothing but skill, timing, patience, energy efficiency, distance management, and BJJ techniques they would be given hope that they too could be effective against a larger opponent. They would eventually figure out that they don’t need to be more athletic or stronger or bigger than their opponent in a real street fight to win. So, the Internet and the first few UFC’s are what put Gracie Jiu-Jitsu on the map.

Jiu Jitsu Gi Origins: From The Samurai To The Gracies