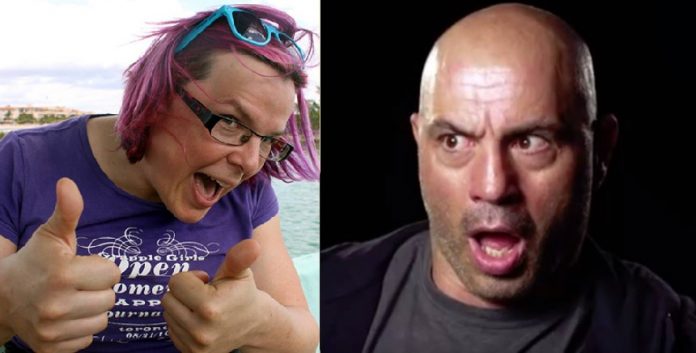 Joe Rogan and Tom Segura discuss whether they think male to female transgender athletes should be able to compete against women.

Joe Rogan and Tom Seguera obviously don’t support Female Transgender athletes who compete against other females and they have “thousands” of reasons for that.

Here are some of them and you can watch the video below for more.

“You have the right to live your life in play but like you have all those skills that you developed as a man and now you’re playing against frail or smaller is silly. And the fact that you can’t bring that up and that it’s offensive is ridiculous to me.”

“Well, especially when it comes to fighting. I really understood like how bizarre and offensive, cult-like this ideology is..”

“What if I transition to a woman and I do powerlifting.”

Can you imagine if you’re a biological woman who’s been training and working hard all her life and all of sudden you have to compete with “this”. The transgender female is like she’s a giant. Look at the size of her head, formerly male head. It’s a giant woman. It’s just a way to get medals. It’s sandbagging. That’s not fair.

We don’t even have to mention what Joe Rogan said about Fallon Fox as those were the most brutal words Joe Rogan actually said about anyone.

Fallon Fox, Transgender Athlete Who Breaks Skull of Her Opponent