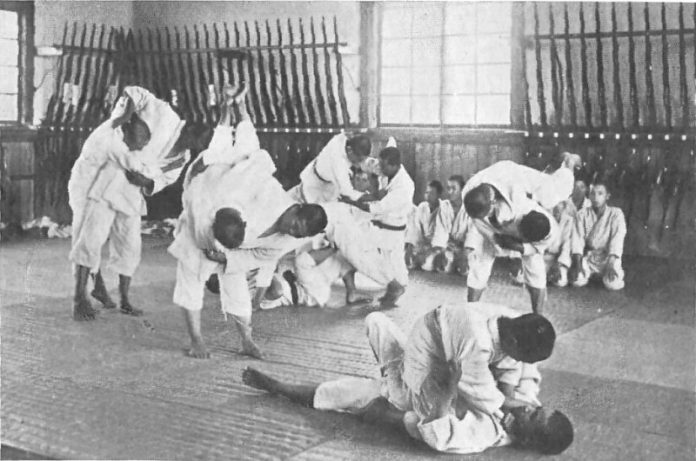 It is well established that what we know today as Brazilian Jiu-Jitsu was founded by the Gracie family in Brazil in the past century. Carlos Gracie learned the art of Judo from Japanese master Mitsuyo Maeda. The system didn’t really work for Carlos and his brother, Helio so the modified it thus creating BJJ. Everyone involved in BJJ knows the story and the Judo origins. However, an even earlier predecessor, one bearing the same name, is rarely mentioned. Japanese Jiu-Jitsu has lots to do with BJJ and is an art still actively practiced today.

Just as Judo and BJJ, traditional Japanese Jiu-Jitsu has evolved a lot since it’s inception. The art is very popular among members of the Japanese military and police forces. It also has a highly spread competitive sports platform, offering competition in many different aspects. All in all Japanese Jiu Jitsu is the mother of most martial arts of today and even at present, is a fighting style that incorporates plenty of disciplines. Don’t believe us? Keep reading.

How It All Started

During the time known as the Muromachi period in Japan (between 1333 and 1573) battlefield requirements resulted in the formation of a fighting system. The system was known as Nihon koryu jujutsu. The focus of this style was to enable unarmed warriors to battle highly armored ones. The Japanese Samurai developed the art so that it consisted of grappling, throwing and restraining in order to be highly effective. Thus Japanese Jiu-Jitsu was born. 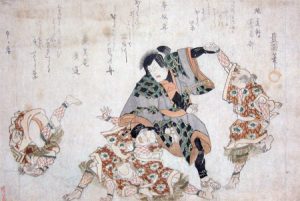 During the 17th century, Jiu-Jitsu evolved and became the most utilized art among the Samurai. “Ju (or Jiu)” means “gentle” in Japanese, while “Jitu” translates as “art” or “technique”. Japanese Jiu Jitsu was developed as a grappling style because striking had little to no effect on armored opponents. Later on, during the Edo period, strikes were introduced to the art, expanding it significantly. Thus, Japanese Jiu-Jitsu got the form still in use at competitions today. It incorporated Atemi Waza (or striking), Tachi Waza (or standing techniques – throw) and Ne Waza or (grappling on the ground). Modern tournaments still encompasses all of these disciplines in their format.

Brazilian Jiu Jitsu’s direct line to Japanese Jiu-Jitsu goes through Judo. Judo founder DR. Jigoro Kano, studied Jiu Jitsu while at University. He later modified the art, focusing on the Tachi Waza part to create modern Judo. This is exactly what the Gracie family later did to Judo, giving rise to BJJ.

The main goal of Japanese Jiu Jitsu was, and still is, to quickly and efficiently disarm and restrain an opponent. Sports competitors and practitioners wear traditional Gis and have a colored belt system.

In training terms, the main difference between BJJ and Japanese Jiu Jitsu is in the focus of the classes. While ground fighting is only a third of traditional Jiu-Jitsu, it is the main focus of BJJ. From a striking standpoint, BJJ offers a self-defense perspective in some curriculums, but not an offensive one. As such, the art focuses on quickly getting to a dominant position, preferably on the ground. From there, BJJ offers the ultimate control, allowing for restraint, striking or submission. Traditional Jiu Jitsu offers much more in terms of striking exchanges. In those terms, it is similar to MMA.

In the throwing department, traditional Jiu Jitsu is a lot closer to Judo and puts emphasis on lots of the same techniques. BJJ, on the other hand, borrows the most effective techniques from various grappling arts. Judo throws, wrestling takedowns and Sambo rolls are all included in BJJ’s curriculum. While effective, the traditional approach of Japanese Jiu Jitsu does seem to offer a deeper understanding of Tachi Waza. Or, at least the Judo aspect.

When it comes to Ne Waza, or the ground BJJ rules supreme. The depth of BJJ is unrivaled by any other art, it’s predecessor included. Traditional Jiu-Jitsu offers a lot in the ground fighting aspect, certainly more than Judo. In sports terms, it even has a distinct category of Ne Waza matches. However, it is way behind BJJ when it comes to depth and richness of techniques that are available.