What is your favorite guard to play? Closed vs. open, half vs. full guard, the options and combinations are endless. Yet, every BJJ practitioner out there faces the one same main issue with every guard they choose to play. That issue is how to keep the guard from getting passed. if you think guard retention is no big deal, try doing anything from the bottom without a solid guard and you’ll soon find out how exactly how important it is. retaining, and, if needed, recovering the guard are the two most essential skills of high-level guard players. “keeping The Guard” is an Alec Baulding DVD that focuses in-depth precisely on this subject. What’s more important, it is a No-Gi DVD, given how huge guard retention is without a Gi.

ON SALE HERE:
Alec Baulding – Keeping The Guard in No Gi

To this day, I’ve seen more guard themed BJJ DVD instructionals than I can remember. They all focus on two major subjects – getting to the guard and attacking from it. Both are hugely important and are the main goals of any bottom game. However, there’s something in between the two that often gets neglected. How to stay in the guard long enough to start simple, enting and attacking game is just as important, if not more, than the previous two aspects. To that extent, guard retention merits much more attention than it is getting. now, there’s a different kind of guard instructional out there. The “Keeping The guard” Alec Baulding DVD is the ultimate blueprint for never losing position from the bottom. While it is a No-gi instructional all the principles are perfectly suited for gi grappling as well.

It usually takes people a few years, and most often a purple belt to start thinking about guard retention. Yes, the blue belt is when most guard experimentation happens, but it is pretty straightforward at the time. In terms of retention, you need to think in a different way than a blue belt usually does. What you need is to understand Jiu-jitsu and the positioning of the body that makes guards effective. And retention is bang in the middle of it.

When you enter any guard, open or closed, two main things are going to happen. An experienced opponent is going to dig in first and make sure they have base and posture. Next, they’ll try to dismantle your guard in order to pass it. if you’re up against someone doing this sequence, you should start thinking about retention really carefully. If you try to retain the guard while an opponent is trying to pass, you’re already late and in guard recovery territory. Instead, you need to address any guard weakness you might have as early as possible. otherwise, the guard is only going to be a temporary pit stop for your opponent, instead of a means to end the fight for you.

Who Is Alec Baulding?

Alec Baulding is a BJJ black belt by Romero Calvacanti and one of the best prospect in Brazilian Jiu-Jitsu. Just recently, he won the ADCC east coast trials, securing a spot at the 2019 ADCC in September. to that extent, it is no wonder that this “Keeping The guard” Alec Baulding DVD is a No-Gi instructional. But Alec is much more than a one-trick pony, that goes for both his technical abilities as well as the ability to grapple with or without a Gi.

Alec “Cofrinho” Baulding is a 30-year-old grappler, originally from Atalanta, Georgia. he got into Brazilian Jiu-Jitsu after a short taekwondo stint. At 15 he signed up for BJJ in Robert Shaw’s academy. From there Alec moved on to join Alliance, before heading over to Lloyd Irvin’s team in 2012. However, that was not meant to last, and Baulding got back to Alliance after just a year. Calvacanti gave him his black belt in 2015.

Since getting his black belt, Alec Baulding has been competing very actively. he has a grappling record of 42 wins and 20 losses. Some of his accolades include medaling at the 2017 European open (second) as well as winning a bunch of prestigious IBJJFtournametns, like London Open.  His greatest success today has to be winning the ADCC East coast trials this year. That said, Alec is one of the best guard players of today, which is not surprising giving the subject of his first DVD instructional.

So, what it is exactly what you’re getting with this Alec Baulding DVD? The full name of the instructional is “Keeping The Guard: How to Avoid Getting Passed: No-Gi”. That pretty much sums it up. there are four volumes to this instructional, each covering different aspects of guard retention. In fact, there’s a clear sequence of events in this instructional. Namely, it all starts with the basics of recovering and framing. As the DVD goes on, Baulding covers pass prevention first, before moving to escapes from common bad spots, like side control and knee on belly. The goal is to try and retain guards whenever possible, to find the easiest route back to your favorite guard position.

Each of the volumes has several chapters. Alex does a fantastic job of explaining everything really thoroughly. The entire system is really simple and based on stuff you most likely already know. Baulding just puts things in perspective, offering multiple ways in which you can use the information. It is all about basics that work at all levels and can win you tournaments.

I – Guard Recovery And Frames

The very first thing this Alec Baulding DVD touches upon is recomposing the guard. From the opening moments of the first volume of his “Keeping The Guard” instructional, he focuses on this key subject. in fact, the entire first volume has only three chapters. However, they’re all conceptual and principle-based, meaning each is about half an hour long. During the explanations, Baulding covers just about everything you need to know.

When it comes to recomposing the guard, it can be as easy or as hard as you make it. Alce’s formula is one that works. mainly because of its perfect structure. Which leads us right into the second chapter of this volume, which is framing. Framing is the ultimate way to defend against any and all pressure from an opponent on top. Alec goes deep into it, introducing some innovative concepts on the subject. Finally, there’s resting in the guard. This means having a guard (and guard retention capabilities) so effective, that you can use the position to catch a breath and think about tactics.

When it comes to the defensive side of playing guard, pass prevention is what everyone seems to be focusing on. However, with a strong foundation of guard retention strategies. pass prevention becomes much easier. The reason is that you start early before a pass actually becomes a threat. To that extent, the second volume of the Alec Baulding DVD instructional starts with some crazy moves that’ll stop even the slickest guard passers in their tracks.

the leg windmill is a great example of these crazy effective moves. It is definitely an innovative concept, but a very high-percentage one at that. Some key hand fighting tactics are also a part of this volume. In fact, there’s both hand and foot fighting advice that’ll surely impact your guard game. Finally, there is a portion in there on defenses, including North-South, leg drag, and knee slice prevention. Something I particularly liked is the chapter on combining all the sequences into a system.

One of the toughest spots to get out of in Brazilian Jiu-Jitsu is definitely a side control. Well, it doesn’t have to be, if you know how to recover and retain a guard. The thing with side control is, people, try to disengage completely and end up struggling. If you focus on guard retention instead, you’ll find that the escape route is much shorter and easier.

Baulding’s take on it begins with some key basics. In fact, the first chapter of this volume starts with shrimping. While it is the first thing you learn it is definitely the most effective one. Particular when ti comes to escaping side control. Building on it are chapters on defeating the body lock and dealing with the dreaded Kesa gGatame. Once again, there’s a lot fo talk about frames and the best ways to effectively set them up.

Wrapping this Alec Baulding DVD up is a volume that focuses on the knee on belly position Or, to be more precise, on dealing with it when you’re on the bottom. Once again, this volume has only a few chapters. However, each chapter is a system on its own. Moreover, they all tie together, providing you with a foolproof defensive game.

Once again some innovative framing and grip fighting is the fountain of all good escapes. moreover, specific and precise movement ensures you get out easily. Alec is a master at explaining how to move. he also offers so mDe la Riva guard options to make sure you finish an opponent quickly. A closing segment puts every little piece of the instructional together, giving you the whole picture on guard retention.

Keeping the guard is by far the best BJJ DVD instructional I’ve seen when it comes to the BJJ guard. This Alec Baulding DVD is a must for every grappler, particularly those blue belt and above. it teaches basic stuff that works all the way to black belt. After all, it is an ADCC trials winner doing the teaching. While we wait and see how Alec’s strategies work out for him at the ADCC, pick this DVD up and give them a try yourself!

ON SALE HERE:
Alec Baulding – Keeping The Guard in No Gi 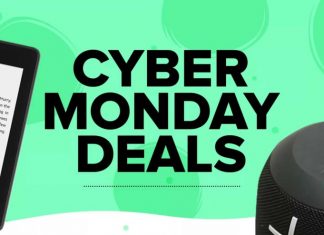 BJJ World - 0
While the rest of the world is going to bed early to be the first when convenience stores open, Grapplers are in front of...