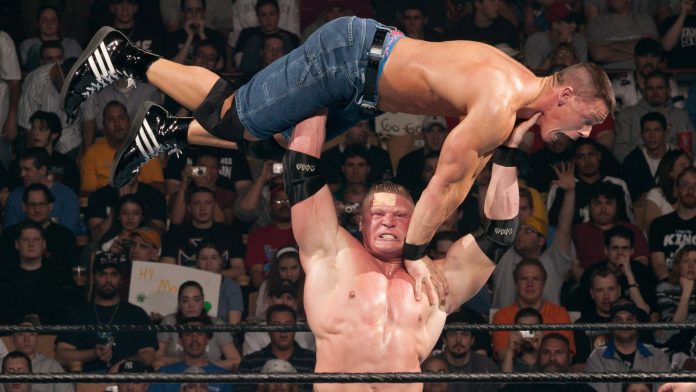 Just like in every other martial art or sport, you get to meet many different characters during BJJ. The larger an academy is, the more diversity it’s bound to have. Still, there are some things people do that instantly make them pariahs among their grappling peers. The thing is, that many of these common BJJ mistakes are not intentional and often people have no idea they’re actually doing them. Some are funny, others are offensive and some may actually be quite serious offenses. With that in mind, the following 8 things are the stuff you want to avoid doing when you’re training Jiu-Jitsu. At all costs!

Remember your school days? Being stuck in a room with a bunch of different people can be difficult, to say the least. Now imagine that you’re in the closest possible proximity with them. That’s essentially BJJ for you, just with more sweat and much more uncomfortable positions. So, the old rule of not doing what you do not want to be done to your self applies here very strongly. The thing is, there are levels to BJJ and not everyone is actually aware of the BJJ mistakes they might be doing. So, before you turn into ”that” guy or girl, check out some of the things that you might consider changing.

Don’t Be “That” Guy/Girl

Training Jiu-Jitsu is one of the hardest and most rewarding things you’ll do in life. It is tough, it is never-ending and completely takes over your life. The more time you spend on the mats, the more you get good and it is addicting. However, training is not just about being good at grappling. I’ve said a thousand times already, BJJ is a complete lifestyle. It is not rocket science and you’ll get to the same conclusions on your own. However, if you’re aware of the BJJ mistakes you need to avoid doing, your journey might just turn out to be a much more pleasant one. 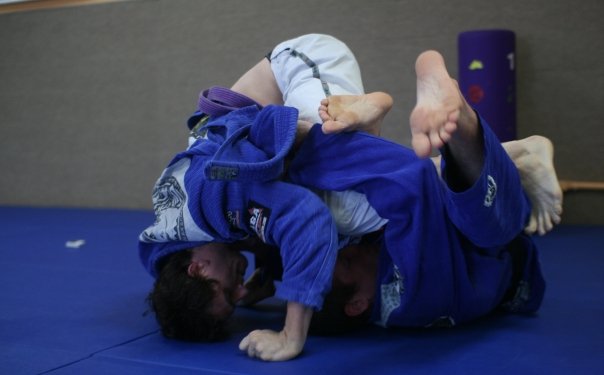 There’s such a thing as BJJ etiquette, for those that are unaware. Most of it is not written anywhere, and you get to know it just by training. However, certain aspects of it might be things you never considered important. Once again, BJJ is different to all other aspects of life. Apart from the fact that you’re virtually trying to kill another person, you get to spend a lot of time with a lot of different people. Being in close contact at all time while performing potentially debilitating and even life treating moves is not the same as your everyday social interactions.

It is difficult enough to deal with the demands of BJJ without introducing further problems. BJJ etiquette becomes a lot more important when it comes to grappling. It is the little things that can make you the person everyone likes to roll with or the one everyone avoids. Given that you can’t train Jiu-Jitsu alone, becoming the pariah of your academy is a great way to end up training CrossFit instead.

The list below is by far not the most comprehensive one on the subject of common BJJ mistakes. They might not even be the ones you’re doing that annoy your teammates. However, these 8 BJJ mistakes have proven to be ever-present with every new group of people that walks in through the door. It becomes easy to spot them when you’re aware of them, but that’ll take years and experience. This article is your shortcut to becoming a much more well-behaved grappler sooner rather than later. Use it wisely and remember that there are many other big and small things that might make you unbearable to train with.

This one is pretty self-explanatory and you’d expect everyone to be aware of it. Sadly, that’s not the case. That said this is also one of those more serious offenses. It’s not just about the discomfort of training with a person that doesn’t take rudimentary care of hygiene. Spreading diseases ranging from the common flu to ringworm is rooted in this issue, which makes it a really serious offense. That said, just about anything related to hygiene falls under this category. Still, a smelly Gi and long untrimmed nails are pretty much on top of it all.

This one is on the lighter side but it is something you want to take care of. Tying the belt is something you learn during the first few classes. There is, however, that person in every gym that somehow never really masters belt tying. It’s not just about how having a belt on. It needs to be tied in one of the several methods available and acceptable. As a white belt, you might just squeeze through for a while. However, a blue belt with an improperly tied belt is a mark of disrespect to the art and instructors. If the kids can do it, you can do it as well. It’s not that difficult.

This one goes far beyond just eating smelly foods before training. The occasional garlic rich dish is ok, as long as it’ not what you eat every time you’re about to roll. Moreover, it’s the type of food you eat and when you eat it. You are aware you’re going to be grappling with people of different sizes, right? Passing gas on a regular basis is gross and certainty to leave you without training partners. Make sure you avoid both foods that cause it, and eating really close to training. The second one is also that cause of constant burps that can rally make a roll with you an uncomfortable experience. 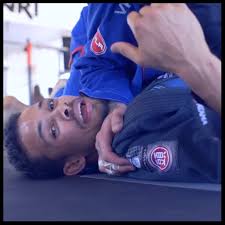 This is a major nuisance that some people simply can’t stop doing! As far as BJJ mistakes go this one is really annoying. Whenever you’re going for grips, particularly with the Gi, make sure you reach for the Gi only. Pinching the skin underneath whether it is with your hands or knees and elbows is painful and really, really annoying! Plus it leaves a bunch of needless bruises so your training partner’s body. If you’re one of these people, make sure you remedy this fast, before you develop a reputation.

This one is huge. Joking around is fun and to a certain level, acceptable in BJJ. Unlike traditional martial arts, the grappling atmosphere is much more relaxed. However, Going overboard is not something your training partners or your instructors will enjoy. Joking, talking or disrupting class in any way is doing nobody favors. You’re both preventing the instructor form teaching and you training partners from learning. Stay in line.

There’s not much to say on this subject that’s not common sense. Rolling injured is, first of all, a hazard to yourself. However, rolling injured and interrupting rolls due to your injury is also a disservice to your training partners. Stay at home and heal or just watch from the edge of the mats. This is one of those BJJ mistakes we all do, and probably the hardest one to let go of. However, it’s essential that you get over it, the sooner, the better.

You just knew I was going to talk about spazzing right from the beginning, didn’t you? Well, yeah, as it does annoy rolling partners to the extreme. That said, it is expected to form white belts, and perhaps even blue belts to a certain extent. However, being the spaz, particularly as a colored belt is plain unacceptable. Nobody cares that you’re not progressing but that you’re smashing and injuring everyone and halting their progress. Forget about muscling things and start to actually learn Jiu-JItsu. Oh, and stop playing hard to get during rolling. There’s no point in grip fighting for a whole round without ever engaging. It is training, not the Mundials.

As far as serious offenses go, this is probably the most serious one. Begin disrespected can range from being late to class and slacking off to verbally or even physically abusing teammates. The latter examples are rare but need to be reported to the person in charge right away. The other offenses are quickly going to attract the attention of your instructors, and you’ll get an earful. Still, make sure you demonstrate due respect at all times if you want to remain in the good favor of your team.

It is Not Rocket Science

Behaving properly is not rocket science. Yes, you’ll make certain BJJ mistakes, but we all did them. For the most part, it is all about awareness. It’s a case of monkey see – monkey do. Just see what people do and more importantly, do not do and you’ll be fine. The trick is to pay attention to it and not just the technical part which is hard, especially at the start. Remember that you don’t have to be the model student, just be fair and respectful. Stick to the BJJ etiquette and everything is going to be fine. Not only that but you’ll also progress much faster.

There’s another aspect of how you act. The less of the 8 BJJ mistakes we outlined you do, the better you visiting experiences are going to be. Imagine acting in opposition to some or most of the things we discussed when you visit an academy. Your next visit is not going to be a pleasant one if you get to visit again at all. A bad reputation is extremely easy to get and almost impossible to shake off. Make sure you’re not that guy/girl.

These 8 BJJ mistakes might really influence your experience in Brazilian Jiu-Jitsu. As you can see they’re not easy to recognize and correct, as long as you’re willing. Moreover, you’re also likely to experience them yourself. This will give you a feeling of how exactly it feels like to roll with yourself when you’re not adhering to BJJ etiquette.

Do You Train Jiu-Jitsu When You’re Sick? Stop Right Now!

Jiu-Jitsu Rolls: Training With The Opposite Sex

Nothing New For You At A BJJ Promotion? So What?