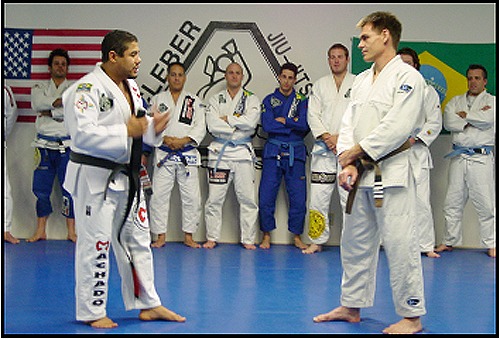 The one moment in BJJ that has us turn into real nervous wrecks is actually not when we have to compete. The one moment every grappler looks forward to, but at the same time hates is BJJ promotion. Everything, from the class itself on that day, to the ceremony, is a recipe for stress. Why is that? Well, in most cases it is down to whether or not you expect to get that next belt or not. This feeling of anxiety, similar to waiting for test results, is completely normal. However, how you react to getting, and more importantly not getting a promotion is even more important.

Evey BJJ promotion I’ve been to always has at least one person that comes out sulking and fuming. “How come I didn’t get promoted and whats-his-name did?” This is usually followed by a bunch of other comments that actually annoy teammates and instructor a lot. If you did not get a belt or even a stripe for that matter, it is not the end of the world. there’s a reason for that, and one day you’ll come to respect the decision of your professor.

Contents hide
The BJJ Belt System Is There For A Reason
What If You get Skipped During A BJJ Promotion?
Stripes And Belts Are Not The Everything
In Conclusion

The BJJ Belt System Is There For A Reason

All martial arts have a grading system. Given that martial arts require us to use our bodies in order to better someone else with similar capabilities. There has to be a way to know who is at which level. In traditional martial arts, belts are there to visually demonstrate how “mature” a martial artist is. Brazilan Jiu-Jitsu uses a belt system that’s similar to those of Japanese martial arts. 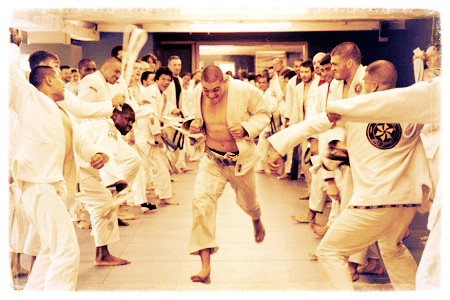 Similarly to traditional martial arts, in BJJ you start off with a white belt, this means you know nothing and you have a big task ahead of you. When you’re ready, your professor is going to award you the next belt at a BJJ promotion ceremony. That is the blue belt, a darker color that symbolizes you now know something about what you’re doing. After that comes the purple, then brown and ultimately, the black belt.

This belt system is there for a reason. First of all, it comes in handy in competition when you need to get paired with an opponent. Next, it provides much-needed hierarchy inside the academy. Furthermore, it is a representation of a certain level of understanding you have of the art. Notice that I say understanding and not technical knowledge as belts are not about how much you know. To that extent, getting a BJJ belt is a task that’s more difficult than getting a belt in any other martial art. This is precisely why BJJ promotions are such big events.

What If You get Skipped During A BJJ Promotion?

First of all, let’s make something clear – there’s no way you et skipped for a BJJ promotion. You either deserve it or you don’t. BJJ promotion is rarely a spur of the moment thing. Yes, someone might get a belt as recognition for hard work outside of a given date. Or the instructor might promote a student on the podium after a stellar display at a competition. Thos are the exceptions. As far as the rule goes, professors always know who’s going to get what belt. Did you think belts just magically materialize out of thin air in the academy with the right size whenever someone gets them?

Let me share with you the other side of the BJJ promotion story. Instructors and professors have the hard task of deciding whenever someone is fit for that next big step that is a BJJ belt. This does not come easy, believe me! If there was a test, like in other martial arts, instructors could at least use a grading system to figure out if you’re ready. Instead, in BJJ it’s all about your overall behavior.

Do you get on time to each class? How often do you go to class in a given week? Are you attentive and careful or cracking jokes during class? How do you act while you’re rolling? How do you fare in competition (which does not equate to how many medals you’ve won) etc. Everything, up to your conduct outside the academy comes into account when you’re being considered for a belt promotion. And that is no easy task, believe me!

Stripes And Belts Are Not The Everything

Whevner a BJJ promotion passes you by, it is not down to chance. Know that professors take a really good look at everyone that gets even a stripe, let alone a belt. If you’re a part of a serious academy its not about money or the number of belts you get. It is about how much you Jiu-Jitsu and your overall behavior is fitting to a certain color of a belt. 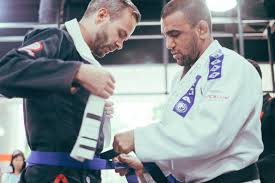 Stripes and belts are by no means a measure of how much you know Brazilian Jiu-Jitsu. On the contrary, they’re just ways of showing you how far you’ve come along in the art. Getting a stripe or a belt is not something that’s needed to show everyone how good you are. Understand that stripes and belts, as happy as they make you feel, are things meant only or you. They’re a recognition of the way you approach Jiu-Jitsu and not just how many submissions you can pull off in a roll.

Next time you think you’re up for a BJJ promotion and do not get what you think you deserve. don’t smirk and sulk. Instead, ask your instructor what you need to do in order to improve and reach the required standards. Moreover, if you don’t get a belt, it means that you’re in a great BJJ academy and that your professor requires a lot of dedication to award you that much anticipated next belt.

BJJ belts are huge milestones in our journey as grapplers. However, they’re much sweeter when they’re thoroughly deserved, rather than just received on the basis of time spent in the gym or other criteria. THere’s no point in wearing a belt you’re not growing into, is there? Trust the BJJ promotion process and be particularly grateful if your professor is one of those that doesn’t just give belts away.

You Think You Deserve a New Belt? Go Ask Your Instructor About It! Maybe he’s Wrong!